The Musou series has kept the same gameplay style since Dynasty Warriors 2 on PlayStation 2. Through seven main series entries, and what seems like a billion spin-offs, the core design has been simple: complete a series of objectives while fighting a large enemy force in a particular backdrop. This has been versatile enough to propel Dynasty Warriors, Samurai Warriors, and the numerous side titles for years. However, even though the levels and armies got bigger over the years, the franchise has felt a bit claustrophobic and stale for a while.

While novelty titles featuring One Piece, Berserk, Fire Emblem, Zelda, and other popular IPs have kept players coming back, it’s evident that Koei Tecmo needed to do something drastic to push the franchise to the next level. Well, Dynasty Warriors 9 is a radical departure from what you would typically expect from the series, at least in part. 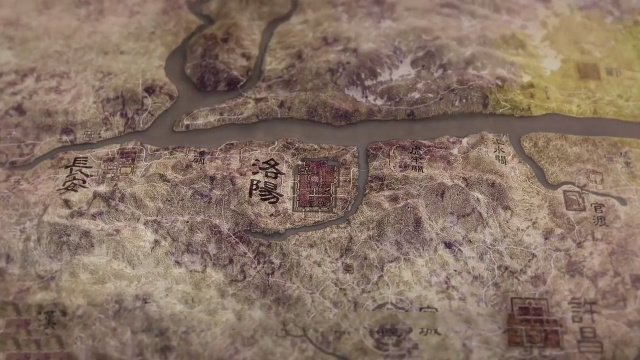 The significant change that comes with Dynasty Warriors 9 is the switch to an open-world format. Instead of getting a cutscene then fighting in Whatever Castle, the whole game takes place on one huge map. Unfortunately, there’s not really much to do on the map that makes it that special.

The game is divided into 13 chapters which you can go through with multiple characters. I chose to play through the game as Liu Bei, which puts you in the Shu Kingdom’s storyline. Dynasty Warriors is based on Romance of the Three Kingdoms so you can play through the stories of the Wu, Wei, and Jin Kingdoms in addition to the Shu Kingdom, as well as taking command of some unaffiliated characters.

One of the odd things about the game, especially since it has an open-world, is the lack of persistence. Each chapter encompasses a major event in the saga of ancient China, and generally, at least some time passes in between them. So while at the end of one chapter, your faction might control most or all of China, at the beginning of the next you’ll find your forces once again entrenched and surrounded by a new enemy.

Dynasty Warriors 9 Review: More Like The Flirtation of the Three Kingdoms While each chapter tells a story of a major event like the Yellow Turban Rebellion or the fight against Dong Zhuo, the game plays out much the same. You, of course, are a historically inaccurate force of nature that sweeps through thousands of soldiers, killing them with superhuman speed and sometimes supernatural powers. As you proceed toward your objective, you’ll have to take checkpoints which can take the form of small wooden forts or huge castles. As you head towards your enemy’s main base, the story will unfold, typically in voice-overs, with more critical events getting cutscenes.

You’ve heard this story before, in some form or fashion if you’ve played Dynasty Warriors. The Romance of the Three Kingdoms is a fascinating saga, but Dynasty Warriors 9 continues the series tradition of throwing characters in your face without a ton of explanation of why they’re important to the story. Also, there are no real fill-ins for what happens in the gaps between chapters, so you kind of have to roll with it that Dong Zhou, for example, went from a minor warlord to the leader of the kingdom in the space of a chapter.

During each chapter, you’ll get the chance to do side quests, some generic, some based on historical events. Completing side quests will net you experience, money, items, and blueprints, and often will lower the strength of the main enemy encampment. That’s where some of the open-world comes into place. You can beeline straight for the supreme leader of whoever your foe happens to be at the time, but most of the time it’ll be much too difficult for you to take on. By completing side quests that deprive them of assets or deplete their reserves of troops, you can lower the difficulty rating of the main enemy fortress to be closer to your capabilities.

Dynasty Warriors 9 Review: A Step Forward and a Step Back 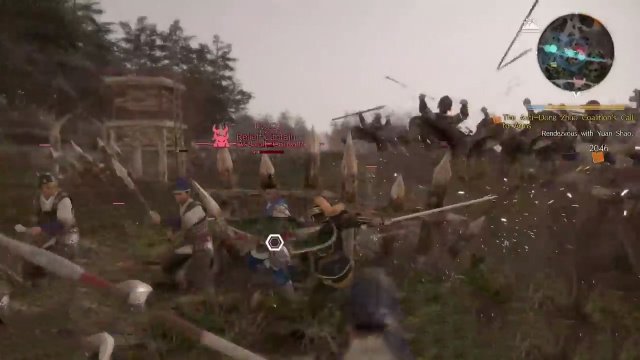 Unfortunately, some of the more exciting aspects of Dynasty Warrior’s maps had to be sacrificed to accommodate the open-world. Fighting through the countryside towards an objective can be monotonous, and almost none of the obstacles that levels had in previous games apply here. You don’t have to defeat a particular enemy to open gates anymore, and there’s no frantically rushing to rescue a friendly general from doom. Instead, you’ll steadily march towards one goal, completing side missions along the way. The goal is usually located in a large town, which presents an experience a bit closer to a classic Musou map, but still lacks the special events that shook things up in previous games.

A bit of this lost luster is made up for by the optional activities in the game. You can get your own hideaway that you can decorate, from which you can fish, hunt, gather resources and craft items. However, these distractions aren’t fleshed out in a way that makes them particularly exciting. Fishing is a matter of using an item in the right location and pressing a button when a fish bites. Hunting simply means you’re facing a strange army of 100 wolves instead of 100 humans, or sometimes one powerful enemy. Resource gathering has you running over items on foot or on your horse to pick them up. And crafting will see you using those resources with a button press to make something.

With how large the map is, and the base capturing system, it would have been nice to have a strategic element to the game. You’re a leader in the game no matter which character you choose, but you have no army to lead. Instead, your troops and the other leaders in your faction lazily drift forward towards the enemy, waiting for you to do the heavy lifting. It takes away from the drama when the tens of thousands of soldiers on the field just kind of stand around, clashing at times, and wait for you to do something.

Dynasty Warriors 9 Review: Out of Control

Although the map size has been increased for Dynasty Warriors 9, the controls and animations are still lacking. Particularly, the camera is a huge pain, and since you have to keep up with a much larger amount of enemies than before, the whole system really needs overhauling.

As for the animations, everyone moves sort of weird. It’s like everyone is a squirrel other than the named characters, including your horse. Sometimes your character doesn’t want to attack in the direction you’re pointing them in, and the atrocious lock-on system doesn’t really help to smooth that out.

Dynasty Warriors 9 Review: Musou is not Mainstream, Yet

Dynasty Warriors 9 looks better and is more open than any other game in the series thus far. It’s definitely a step in the right direction for the franchise, and with a bit more polish and added features the series could truly be revolutionized. I did have fun playing it, but I also like Musou games and recognize that they’re not for everyone.

Unfortunately, the changes in Dynasty Warriors 9 are a bit too superficial and kept too much of what made the series suffer in previous titles. The controls and animations need tightening, and the storytelling needs to evolve to a point where it’s more coherent. If you’re a fan of the Musou franchise, there’s a lot of new stuff to experience and enjoy here. Dynasty Warriors 9 isn’t likely to attract a ton of new fans, but it sets the groundwork for the future of the series, and we’ll likely see the real fruits of this new direction in the next few entries in the franchise.

Open-world gameplay is a step in the right direction. A ton of different characters to play as. Lots of content.…
Friday

Open-world gameplay is a step in the right direction. A ton of different characters to play as. Lots of content.…
February 10

Open-world gameplay is a step in the right direction. A ton of different characters to play as. Lots of content.…
February 21

Open-world gameplay is a step in the right direction. A ton of different characters to play as. Lots of content.…
February 24