As per usual, another new Fortnite Fortbyte has appeared, and it is a bit of a strange one today. The Fortnite Fortbyte 20 location can be found at the center of any of the first three storm circles. This means that the location of Fortbyte 20 is going to be different every time, which will make this guide a bit difficult, to say the least. Thankfully, it is not very hard to find it. Let the hunt begin!

The easiest way to find Fortbyte 20 is going to be to search in the center of the first storm. The storm only takes a minute or so to form once you’re kicked off of the Battle Bus, so this will be the easiest way.

Queue up a game and hop on the Battle Bus, then ride the bus all the way until the end where you’ll eventually be forced out. After you’re kicked out, open your glider immediately and simply float. You’ll fall incredibly slow, giving the storm time to form. 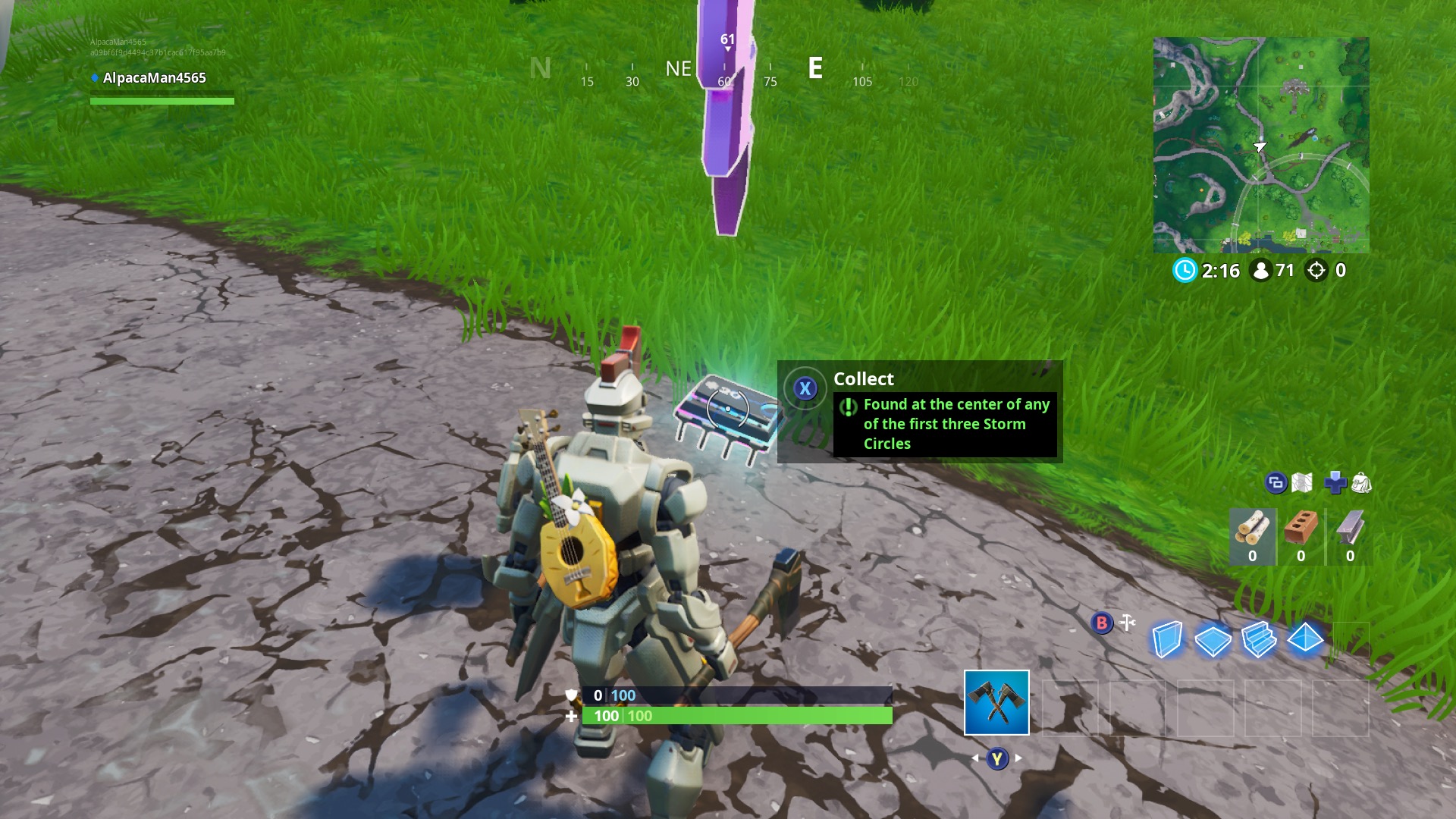 Once you’re about halfway to the ground, the storm will form and you’ll be able to figure out where the center is located. Open your map and drop a marker at the center of the storm, then simply glide over to it.

You’ll be able to identify Fortbyte 20 by a purple lightning bolt on the ground, so you should see it as you get close. Once you land, you can search it like normal and add it to your collection!

If you’ve missed out on some of the other Fortbyte’s, check out the rest of our Fortbyte guides!