Microsoft has released a new system update for Xbox One. While it doesn't add any apparent features for you to enjoy, it does take care of some behind-the-scenes work in preparing the system for what is likely a major dashboard update.

Xbox Live's Major Nelson shared the following post on Twitter, highlighting the fact that it will "prepare for the future" of Xbox. Exciting stuff! 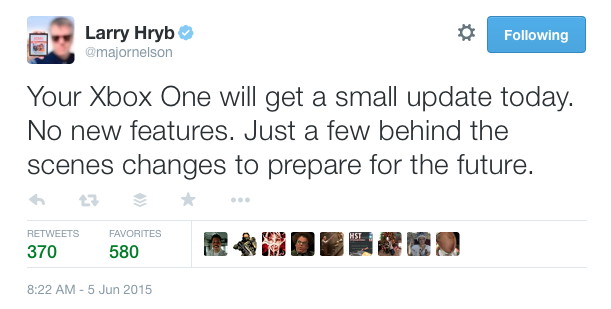 The Xbox manufacturer will be holding its E3 media briefing this coming Monday at 9:30am PT, 12:30pm ET. There's a good chance we'll get to see a brand new dashboard for Xbox One owners at that time, so get hyped!

"First gas stoves, now they're gunning for your Xbox."
News 5 days ago

The Xbox September Update has arrived today bringing several improvements to Xbox series X|S, Xbox One, and PC, including the…
News 4 months ago