Consequences for Actions On and Off the Ice in NHL 16

EA Sports has revealed that players can get very involved in the personal lives on NHL players in the upcoming NHL 16. Their actions on and off the ice determine their play styles and performances, continuing to evolve the game's "Live the Life" system.

"If you want to become a bruising power forward like Milan Lucic, focus on finishing your checks and getting into the occasional scrap."

Yeah? You hear that? If you want to be like Milan Lucic, you gotta really act like Milan Lucic. That means steamrolling into goaltenders with late hits, blatant charges, and elbows to the head. Stats grow exponentially if you can direct said elbow to the back of someone's head. Give your opponents concussions. Endanger their careers to further your own. 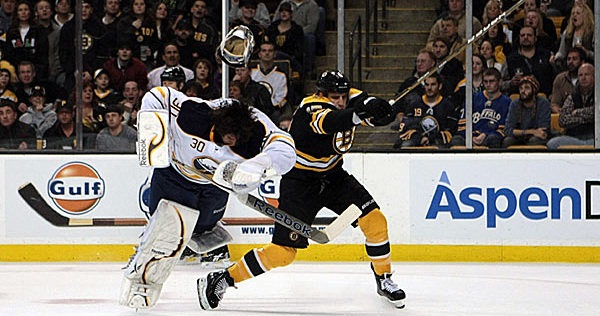 Know what would add some great stuff to the game? Cocaine.

Substance abuse is nothing new to professional athletes. The highs of playing at the top level are just so high, nothing can match it. Nothing, that is, except the sweet, sweet taste of crack cocaine.

We all know the rule with pain killers, right? No, I'm not talking about filling your Percocet prescription even if you don't need it, I'm talking about doping up like a pro. Imagine the lineup: Carter, Richards, and… YOU! To "live the life," you gotta live the life.

I've (somehow) never done drugs in my life, but I always wanted to. This is my chance — my gateway, if you will. I had a university roommate who I nicknamed "Goodtimes," because he did a shit ton of coke. He always looked happy and bought his $13,000 car with cash. With cash. I played hockey in school. How much better could I have been if I were, as Goodtimes used to say, "Coked out of my mind!"?

Disclaimer: Neither the author, nor GameRevolution, nor the NHL, nor EA Sports condone the use of illegal substances. This article is a satirical look at occasional goings-on in professional sports. Milan Lucic is an asshole.

Wishing a swift recovery to Damar Hamlin!
News 3 weeks ago