Twitch Blog Claims Revenue Changes Will Only Affect 10% of Streamers

Mere hours after announcing certain types of gambling streams would be banned on Twitch, the company took to its blog to reveal a change in revenue policies. The subscription revenue changes are aimed at Twitch streamers currently on controversial premium 70/30 revenue split contracts but the company is adamant that only 10% of premium streamers will be affected by the changes.

How the Twitch revenue changes will affect streaming income 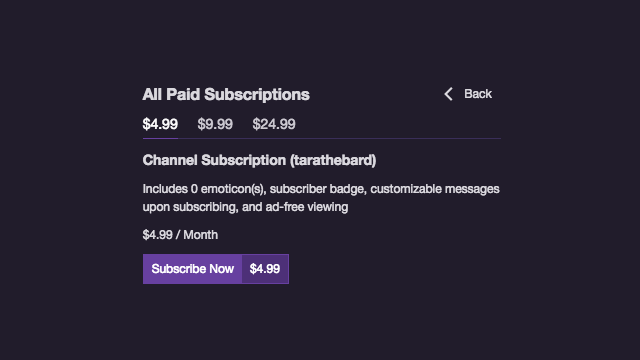 Understandably, many are disappointed and upset with the upcoming changes. Instead of feeling like this is a fairer policy, many are accusing the company of trying to take more revenue from more popular streamers instead. Others are accusing Twitch of trying to recoup some of their impending income loss from the recent ban on the streaming of gambling sites that feature unlicensed slots, roulette, or dice games, changes that will take effect next month. Let us know what you think about the changes in the comments below!

A positive community for growing Twitch streamers.
Originals 3 years ago

Mixer shuts down but what’s next for Ninja?

Back to Twitch?
Games 3 years ago

All things happen for a reason.
News 3 years ago

Amouranth is now the fastest-growing Twitch streamer after her unbanning

No such thing as bad publicity.
News 3 years ago