A Look Back At How P.T. Won the Attention of Gamers One Year Ago

When P.T. was announced during Sony's Gamescom 2014 Press Conference many thought little of it. A trailer showing women sitting in a dark room screaming was nothing new to see for Horror fans. The free price of admission is what lured most gamers to give it a try.

It didn't take long for word to get out that P.T. was out of the ordinary. Early discussions remarked how impressive the visuals were, with lighting and shading that were demonstrative of what top-tier development studios were delivering at the time. This puzzled the thousands of players who were led to believe that it was made by a small indie studio with no reputation.

Played in first person with no weapons available and only a small L-shaped hallway to explore, P.T. quickly became an expression of well-delivered simplicity. For the first few minutes players would walk down a well-lit hallway as they listened to a news station on the radio cover a domestic homicide. It wasn't until the player descended down a flight of stairs, returning to the location from where they began that their journey that it became clear that the hallway was haunted. 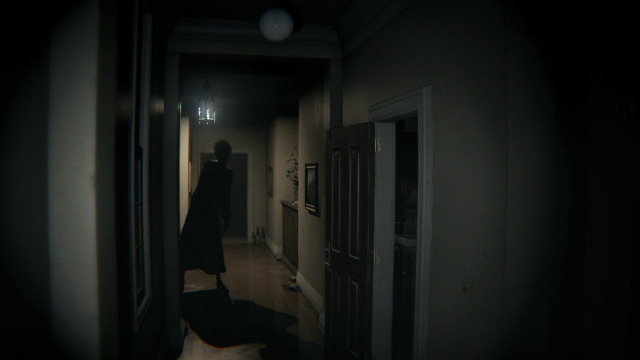 The first encounter wasn't far into the experience. The ghost, who would later became known as Lisa, would be found standing at the entrance to the building, gazing intently into the soul of the player. This moment was delivered in an impactful fashion with outstanding lighting effects that shrouded Lisa's ravaged face, offering only a creepy silhouette for players to identify her. Once the player approached her the lights would flicker off before she disappeared.

The first interaction between the player and Lisa was enough to convince most players to turn the game off and never return. The intensity of the visual and audio experiences was beyond what any horror game had done before it. Treading down the claustrophobic hallway from a first-person view was a nightmare that many wouldn't soon forget.

As players found the courage to move forward in the game they would be introduced to the true form of Lisa. She wasn't a friendly ghost, and instead would pursue the player in various ways. She would peer through the second floor banister if players looked up, slam the bathroom door shut, and even stalk players before killing them. During these sequences it would become evident that Lisa wasn't just a weird lady walking around the hallway, she was a disgusting monster with a gouged out eye and vomit caked on her chin. 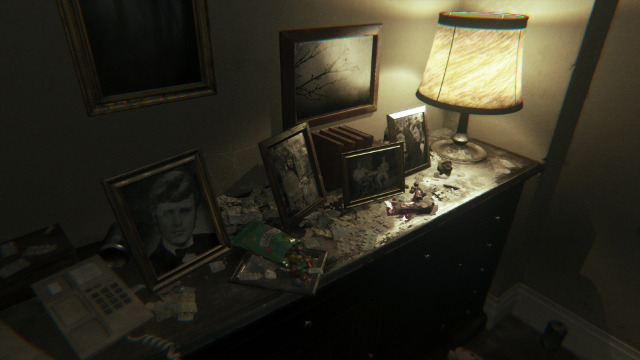 P.T. had a variety of challenging and creepy puzzles.

There was a true sense of mystery in the hallway of P.T.; the game made no attempt to point players in the right direction outside of a simple controller mapping page. This style of design was a stark contrast to the hand-holding common in most modern games. For the players who figured out some of the game's obscure puzzles on their own, there was a true sense of achievement that came with identifying a puzzle piece and using it correctly. Their success would be met with an increasingly creepy atmosphere in the hallway as they inched their way toward the finish line. Due to the puzzle complexity, the majority of players would refer to online guides—I had the very first complete guide on the internet which you can read here—after losing patience. No matter how progress was accomplished, players took notice to the unique spirit of the adventure

The puzzle design supported the game's central theme of horror. In order to progress players needed to take their time carefully inspecting the environment. While perusing the small game area players would become drawn into the experience with its outstanding audio design. Equipped with headphones or not, they would become primed for the powerful terrors that awaited later in the adventure as the hallway became drowned by Lisa's presence.

For the first 24 hours following P.T.'s release on the PSN Store there no certainty as to whether or not the game could be completed. It wasn't until a Twitch streamer "accidently" triggered the ending it that the world was alerted to the significance of it all. A trailer showing a virtualized Norman Reedus walking down the street of a next-generation Silent Hill quickly became the biggest item of discussion among gamers. The names Silent Hills, Hideo Kojima, and Guillermo Del Toro flashing on the screen would summon extraordinary excitement from across the globe. 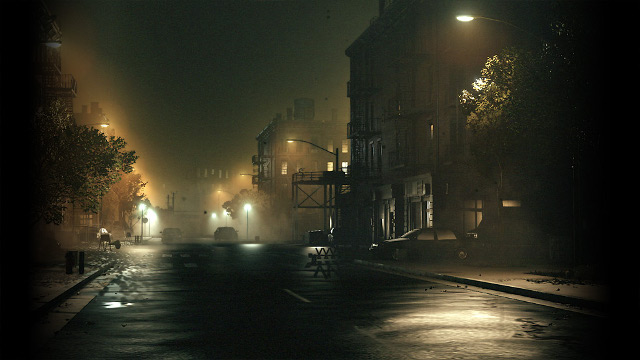 Silent Hills had tremendous potential, but was canceled by Konami.

It was only then that it became evident why P.T. was so impressive. Running on the Fox Engine, it was a teaser for an upcoming Silent Hills project. This was a far cry from the low budget horror games of the past decade. It was a game with big names and big money behind it.

P.T. signaled hope for horror. There have been some good games in the genre during the past five years, but nothing like the golden days when Silent Hill, Resident Evil, and Fatal Frame 2: Crimson Butterfly reigned. Horror has needed a large budget title for a while, and P.T. showed that there is room for innovation. Silent Hills was supposed to be the one to deliver the first large scale adventure of its kind, but would be axed by Konami before P.T.'s one year anniversary. For many, the dream was dead.

At the end of it all, P.T. stands as one of the most horrifying pieces of media in history. It was concise and focused, trimmed of any low-tension fat. While Silent Hills may be nothing more than written history, P.T. leaves behind a memory of what games can do when they're at their best.

The monsters that other monsters are afraid of.
Originals 3 months ago

What Are the Scariest Horror Game Jumpscares?

Frights to knock you out of your seat.
Games 3 months ago
7

Elden Ring Review: ‘An M-Rated Breath of the Wild’

The sky, it burns!
Games 11 months ago