For Honor, Halo Wars 2 Push The Boundaries Of Microtransactions

Microtransactions of any kind in video games will always irk consumers, even in a game like Overwatch that is sold at a relative discount ($40) and only has cosmetic bonuses available for purchase. Throw in microtransactions that actually affect the game or give someone a competitive advantage, and you've just invited a village of pro-consumers to sharpen their pitchforks and come after you.

Of course, there are a few different schools of thought, with arguments both for and against. The argument of time vs money is the most compelling. The basic argument is one type of gamer has more time than he has money, so he can use that time to invest in unlocking better upgrades, and the other type of gamer has more money than he has time, so he can use his money to gain an advantage he wouldn't be able to gain through time. 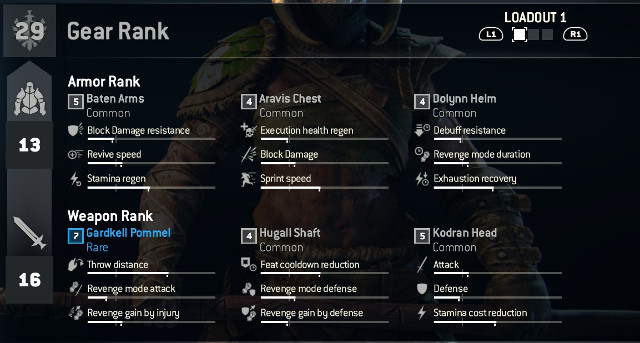 With For Honor, I was definitely worried about a pay-to-win structure when I found out that in-game items (armor and weapons) that boost your stats can be purchased indirectly with real money by buying Scavenger Packs which contain a random assortment of items with varying rarity (at least one higher-level item). This gear can also be purchased with in-game currency that you earn through a variety of ways at a pretty decent rate, but not nearly as fast as simply buying it. I brought up this concern in my review-in-progress, but that criticism wasn't really present in my review proper, and that's because I didn't really understand the system.

In For Honor, this gear you can buy does give your character a boost in stats, but those come at the cost of another stat. It's a trade off. So, as you can see in the image below, I have a weapon part that is pretty highly upgraded (the highest level for a common item is 6), that gives me a substantial reduction in Feat cooldown. However, every time I upgraded it, I lost Revenge gain by defense. And, as you can see in the image above, there is no way to gain that back with any other item.

My argument has always been "you shouldn't be able to purchase with real money items that give you a competitive advantage in a video game." With For Honor, this didn't mark it down too much because what you get out of it isn't a straight "advantage." It's a way to help you play to your style a little better. But some one could come along who uses revenge better than I can use Feats, and they might beat me. Or I might find myself in a situation where I could really use Revenge, but haven't gained it up enough. It's a trade off, not a flat-out advantage.

I also want to make it clear that I haven't and will not purchase any item in For Honor with real money, so I'm not trying to justify my own style of play. But, because of the way they set it up, I don't feel disadvantaged by other people who do.

Halo Wars 2, on the other hand, gives me plenty of cause for concern. Its all-new Blitz Mode, which seeks to cut out all the more tedious parts of a traditional RTS game, such as constructing buildings and units and replaces that all with cards. You'll each construct a deck of cards and use those to give you huge advantages over your opponent. 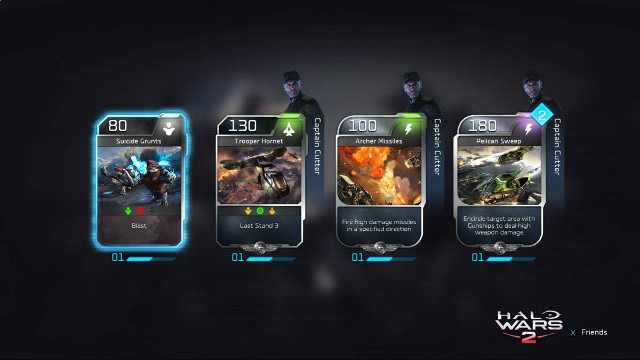 343 Industries has insisted that this won't make their game pay-to-win, but they haven't elaborated a to how it won't be pay-to-win. You can purchase cards much faster than you can earn them and these cards give you a competitive advantage that will likely not be accessible to those who don't have enough money to responsibly purchase these cards. That is a textbook definition of pay-to-win.

It's fair to point out that these cards are only for that one game mode, but Halo Wars 2 is a $60 game (with a season pass, to boot), so it would seem to me that I should be able to enjoy every part of the game, especially an entire mode, just as much as anyone else who spent $60.

As a general rule, microtransactions should never give you a competitive advantage in a video game. I thought that much was established, especially in a post-Evolve world, but games continue to push the boundaries, apparently hoping that we've forgotten all about it and are OK with it now. I hope I speak for the majority of consumers here when I say "we haven't, and we're not."

Halo: The Master Chief Collection May Get Microtransactions and Fans are Upset

Halo: The Master Chief Collection may well be celebrating its 8th birthday this year, but 343 Industries still has plans…
News 7 months ago

Remember Horse Armor? Ubisoft is far from done with NFTs

Remember Horse Armor? The first DLC for The Elder Scrolls IV: Oblivion was $2.50 and gave players a set of…
Originals 1 year ago