Although many seem to use gaming as an escape from depression, games don’t usually try to tackle that subject. It seems odd for a whole medium to abstain from talking about something core to the human experience that most experience chronically or through loss. ANAMORPHINE does not shy away from such topics. It’s a walking simulator that examines grief through the surreal, abstracting sorrow through metaphors and visual abnormalities. The silent story shows respect while exploring those topics but the game suffers from a long list of technical issues that severely hamstring the experience.

Anamorphine Review: Empathy Through a Controller 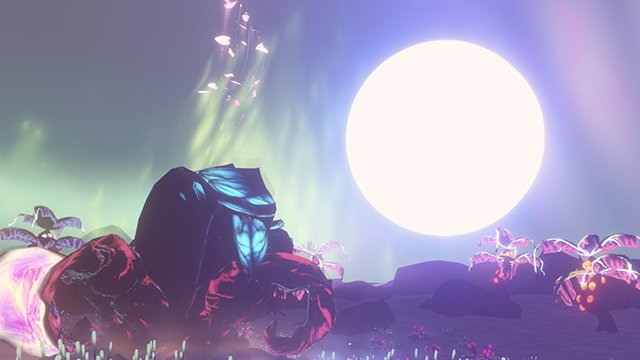 The game follows a young couple, Tyler and Elena, before, during, and after the unexpected schism that fractures their marriage. While the particular trauma happens directly to Elena, the game is more about how it affects Tyler and how he’s able to cope with his wife’s issues on top of his own stressors. Suffering is usually portrayed as a solitary experience — one only affecting the primary victim —  even though that’s not how tragedy works. As selfish as it feels, that perspective of having to cope for two people is refreshing and painfully realistic.

That perspective gets pushed through a kaleidoscope and translated into the game’s environments as you run through twisted recreations of Tyler’s memories and apartment. These levels act as guided tours like most walking sims and give you a chance to use the environment to infer how Tyler is coping. Although sparse and only sometimes pretty, the dreamscapes are influenced by subtle clues around his place but perverted by his deteriorating mental state. The apartment — a place meant to symbolize safety and comfort — often warps in interesting ways that feel as though those walls that house him are more akin to a nightmare prison. It’s bizarre but it wonderfully conveys how wrecked Tyler inner self is.

Levels repeat too often and some drag on for far longer than they should, but they serve the purpose of showing how Tyler’s mental state has progressed (or regressed). The first time you visit an area is meant to be the most realistic, non-warped depiction of that place. As you begin to revisit those levels, you’ll noticed that the differences are meant to reflect how Tyler’s mind has transformed. Multiple environments would have been more visually exciting, but its acceptable because some amount of repetition is necessary for simulating the cyclical nature of depression while also acting as a constant to compare Tyler’s mental state to. 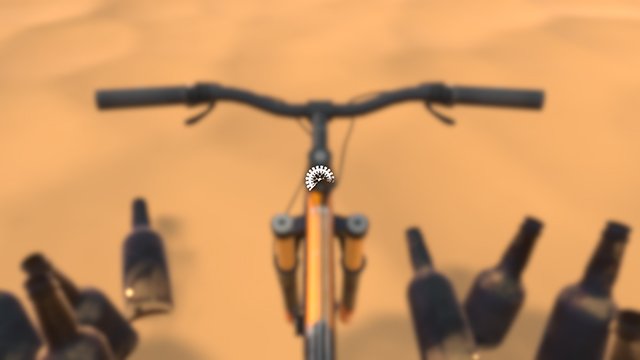 Most of Anamorphine’s flaws are derived from its poor performance. The game rightfully prides itself on its transitions from the real to the unreal. Some are simple (and disappointing) dissolves while the memory snapshot and portal ones are much more impressive. But its creative flairs can’t keep up with its technical limitations.

Stepping into the other dimensions is often met with a soft lock that lasts for about three to ten seconds that worsens as the game progresses. And this happens nearly every time you move through a door or portal, which is one of the core tenets of the game. It’s then up to chance if the game is going to behave after that. Despite being a relatively calm game devoid of many explosive effects or busy streets, the framerate wavers from moderately low to unacceptably low. Constant stuttering combined with the first-person perspective made me incredibly motion sick, something I almost never fall victim to. I fear for the framerate on the PSVR version coming out later this year if the if I got the VR shakes without the goggles.

Rather than making me sick, the load times only made me sick of waiting. Levels are separated by extremely long loading screens, spanning multiple minutes at worst and about a minute at best. With all the stuttering, freezing, and long loads, the game always struggles to keep up its rhythm because there is always some sort of technical issue slowing everything down to a screeching halt. Constant hiccups don’t completely sabotage the message and themes of the game, but repeatedly water down its presentation, immersion, and impact.

Anamorphosis is a type of art that can only be seen from a certain perspective or device. It fitting that Anamorphine is also a piece of art that requires you to understand its protagonist from his specific point of view. Sifting through Tyler’s memories and living through his pain evokes a healthy sense of empathy without him speaking a word of dialogue. Although the game sadly doesn’t use mechanics to tell its story, it represents both the good and bad extremes of what only gaming can do: imbue an emotional tale through interactivity and be technically busted. While Anamorphine’s story is still worth seeing through, it’s a shame that its shoddy optimization tries to actively thwart its touching message at every turn.

Anamorphine was reviewed on PS4 via a digital code provided by the publisher.

The Roadhog nerf needed to be bigger.
News 6 days ago