Devil May Cry 5‘s recent success made it easy to look forward the Devil May Cry Switch port to see where the fifth numbered entry got its start. Many people probably haven’t played that trendsetter action game and those that have probably have not touched it in quite some time. The 2001 release shows its age in a whole lot of ways, but it’s not all a bad thing. Although it has its shortcomings and a bit of an archaic framework, it’s even more interesting to explore now simply due to how much the series has changed since its inception.

It’s worth noting that the original Devil May Cry had a strange development history. The Hideki Kamiya directed title was originally meant to be the next entry in Capcom’s Resident Evil franchise. During its development cycle, the studio decided to strip it of any references to the beloved survival horror series since it didn’t fit its tone at all. This was done at the request of Shinji Mikami, who would wind up developing the actual Resident Evil 4. In retrospect, it’s clear that Capcom made the right choice as it managed to innovate within a new genre and Devil May Cry has proven worthy of deserving its own world and cast of characters.

Its background isn’t just a fun game history fact though, as the original Devil May Cry has a shocking number of similarities to the Resident Evil titles of yesteryear. From a fixed camera angle that constantly gets in the way of the action to needing to collect keys and solve a number of puzzles in order to open locked doors, its strange development cycle bleeds through. Anyone expecting a game designed in the vein of DMC5 will surely be disappointed as going back to the original shows just how far the series really has come since 2001. 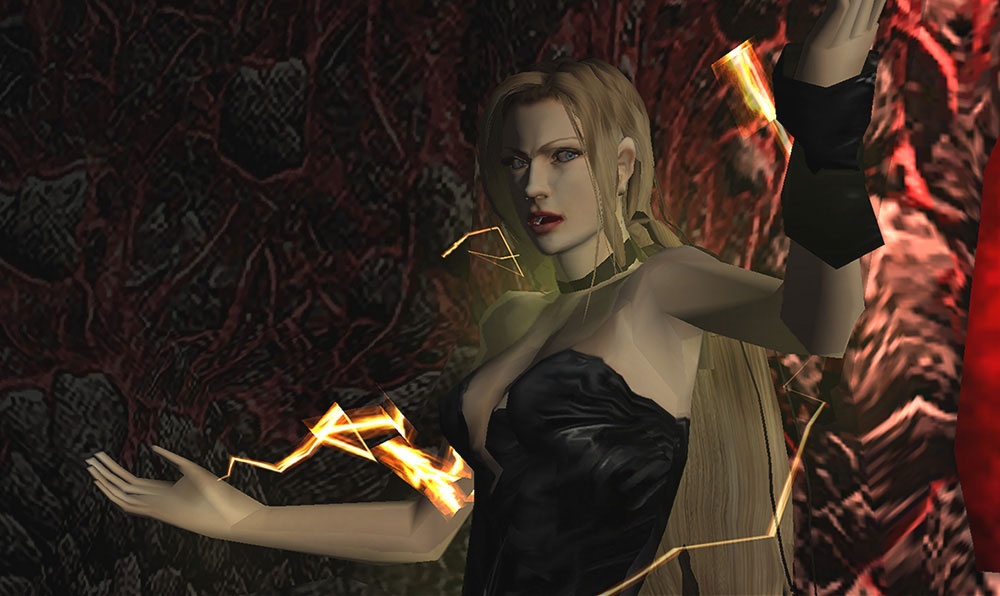 While there are no shortage of changes and enhancements for the series, one thing has remained a constant: the actual combat mechanics. Hideki Kamiya simply does not design titles with bad combat systems, and this is just as satisfying as Bayonetta and Viewtiful Joe. While not quite as varied as its sequels would become, there are a number of combos to learn and techniques to master. All four of its successors would be based upon the combat introduced here, and there’s no doubt it’s a fantastic foundational block.

Devil May Cry is also a much harder game that its follow-ups, which is surely going to startle some newer players. As this is an entirely faithful and straightforward remaster of the PlayStation 2 title, there are no easy modes or ways to circumvent its harsh difficulty level. Even an experienced action game player will die quite a few times here, especially during its numerous, difficult boss fights that far outnumber the ones in DMC5. This isn’t necessarily a bad thing, mainly because it always feels great to conquer a troublesome, but ultimately fair, enemy. However, it does make it a tough entry point for the series.

The Nintendo Switch port also holds up well. Not only is it the first time that the stylish action game is playable on a portable system, it runs at a perfect 60 frames per second. I never hit any lag during my time with it on Switch, and it looks just as good as its PlayStation 3 and Xbox 360 counterparts. Ultimately, there’s nothing to complain about from a technical level even if some further additions would have been welcomed considering the game is nearly 20 years old at this point. 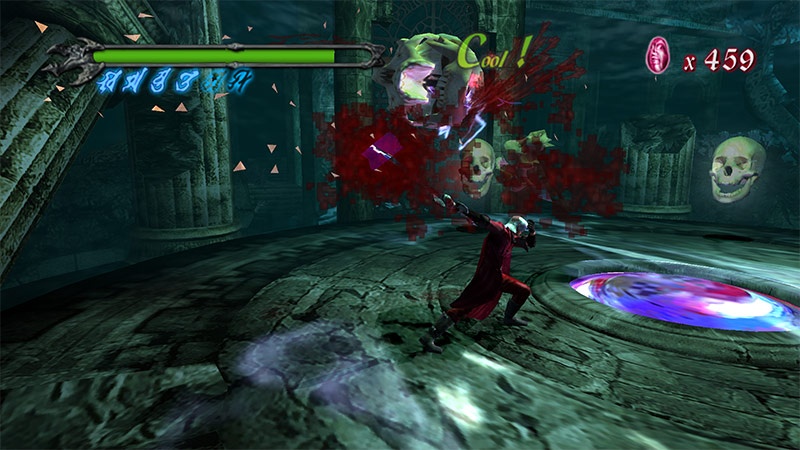 Devil May Cry is a historically significant title since it popularized the character action genre. Without Dante setting on his quest to get revenge on the demon lord Mundus, we don’t get Team Ninja’s excellent Ninja Gaiden, which built upon the strengths laid out here. However, since it is one of the first attempts at creating such a title, there are plenty of flaws. First off, the camera system is god awful and since it doesn’t use pre-rendered backgrounds like the old Resident Evil games did, we get none of the positives of fixed camera angles and only get all of the negatives instead.

Moving the wrong way due to a sudden shift in perspective is already jarring enough and it becomes downright frustrating when it happens while Dante is in the middle of a battle. Considering how difficult the original game is, any missed attack can wind up being a costly one. The game is typically fair from a design standpoint, but the camera can make an otherwise fun fight end in a sudden death that feels unfair. It’s a black mark on the game and it brings its high level of difficulty into question, if only temporarily. Is it truly a test of skill or is it just antiquated in several aspects? Most of the time it’s the former, but its age is frustrating at times.

But Devil May Cry is still a title worthy of revisiting on the Switch for seasoned veterans and curious newcomers if they know what it is going in. It’s a technically proficient version of the stylish action game that can be taken on the go, which is especially nice considering its relatively short length. It definitely wears its shortcomings on its sleeve, and a few tweaks would have made this a much better playing game in 2019. But the original still has merit thanks to the fantastic combat system that would not only be the basis for the rest of the series, but the genre as a whole.

GameRevolution reviewed Devil May Cry on Nintendo Switch with a copy provided by the publisher.

Tears of the successor.
News 1 month ago