Lightning's third strike. And you know what that means….

Lightning Returns is a game constantly at odds with itself, designed to take Final Fantasy in an open-world direction, yet without the things that make open-world games fun. For being advertised and hyped up by its creators as so much more open and free than either of its FFXIII elders, there is a strange absence of content. The only things to do in Lightning Returns really are run to this place, kill the monsters; run to that place, kill the monsters; rinse, repeat. While it's nice to see its fun battle system put to good use, the painfully minimal quest variety and tiny enemy roster turn the game into a chore.

The big bullet point that the marketing team runs with is telling players they've got 13 days to save the world. What they don't tell you is that you won't need more than a week. Seeing their own mistake in putting a Doomsday countdown on an open-world game, the dev team overcompensated by only giving the game a small amount of real content to begin with. I approached my early hours with great caution, scared to death of the looming danger. Seemingly every hour (in-game), Hope was urging me to hurry, begging me to go faster, pleading with me to go-go-go fast-fast-fast to save the world before it's too late! What Hope didn't realize is that I'd already taken care of business. I ended up sleeping through multiple days just to move the story toward its end point, because I had finished all story quests and nearly all side quests (the only one missing was to exterminate 65,535 of one certain monster… yeah…).

The urgency was false. The calls were coming from inside the house. The cake was a lie, and Bruce Willis was a ghost. Hope, as it turns out, is full of it. There is no need to hurry—none at all. Rest assured, time will not give you any problems. You won't even be able to use your extra time getting stronger for the final fight, because there is a finite, very low number of quests in this alleged open-world game. Most players are quite likely to find themselves sleeping days away for lack of anything else to do.

By the halfway point, I'd seen the world, finished the quests, done just about everything. This is not an isolated incident, either. This game urges players to hurry and run and hurry some more, and by the end you realize why: Because there isn't enough content. If it were a situation where I had to spend my precious time carefully, then I'd have been much more interested and would have moved with more caution and interest. But as it stands, there is no reason to care about the clock, because the game's self-defeating design eliminates it.

Then there's the nature of the quests themselves. They mostly boil down to fighting the same things with the same strategies, again and again. There's painfully small variety in these things, to a worse extent than could be said about other RPGs.

Without a doubt, the game's highlight is its fast-paced battle system. Certain boss battles in this game rank are among the most exciting, most intense, most thrilling of the entire Final Fantasy series. It stings that there are so few battles that produce such excitement. Combat with regular enemies is also interesting for quite some time, with added fun coming by way of Lightning's customizable "Schemata." These changes aren't just in wardrobe, but to the heroine's whole being, more like a job class change. Players can select up to three to equip on Lightning at once and, in battle, change her Schema on the fly. This is key for survival, as each Schema has its own ATB that constantly moves or depletes. One will need to Schemata change, unleash hell, then Schemata-change again for best results, all the while being wary of the need to time a proper defense. 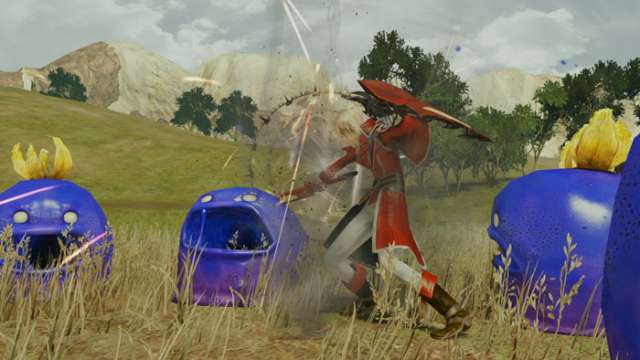 This is where the low enemy variety hurts. Once you figure how best to defeat a certain enemy, doing so becomes routine, even in a highly enjoyable battle system like that of Lightning Returns. To be made to do it again and again, pressing the same buttons in the same order over and over, will erode the patience of many. Fighting an enemy is fun, but to be made to do that and nothing else ad nauseum is an effective way to deplete that fun.

The story is a painfully bad tale that feels like it was written by a sandwich and produced by MTV executives. Motomu Toriyama is almost as bad of a director as Motomu Toriyama. Yeah, there is no analogy here that could make him sound worse at his job than he is. He's awful. After Final Fantasy XIII-2 ended with a slap in the face "To Be Continued," I thought surely a Final Fantasy ending could never again be so terrible. Lightning Returns is Toriyama's way of hearing my complaint, then challenging, "Wanna bet?" After slogging through 150 hours in this trilogy, having it all end the way LR does is ridiculous.

Hard Mode becomes available after clearing the game on Normal or Easy difficulty. While the increase in enemy strength and addition of more weapon customization possibilities makes Hard Mode appealing, it should have been selectable from the beginning. It's not much of a prize, because players will once again be trudging through the exact same fetch quests, fighting the same small collection of monsters an inordinate amount of times, and moving through the same abominable story. Couldn't more details on the world, more quests, a few new enemies, or something—anything—else been added for a replay?

Lightning Returns looks fine overall, but those who've played the previous two Final Fantasy XIII titles will likely find themselves comparing it to those other, better-looking games. Its CG cinemas shine, but the in-game graphics have some horrible textures at times, and more jagged edges that ought to be coming around at the end of PS3's life cycle. As well, rapid-fire use of magic spells (especially ice) in battle, or a run through a populated area of town can cause severe drops in frame-rate. NPCs will routinely overlap each other. This game somehow looks good and bad at the same time. In all, its visuals add to the vibe that this is an unfinished product. 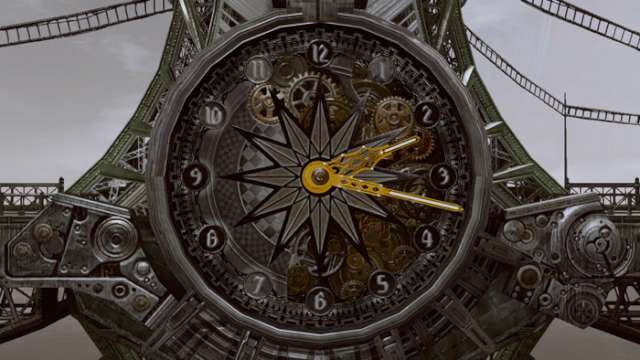 What it lacks in actual graphic quality, it makes up in art direction. Lightning Returns packs the most exploration of the three FFXIII games, so it's no surprise that its environments are the most interesting. Combined with a pleasant background music, the well-designed landscapes and towns make exploring Lightning's world fun and entertaining.

The soundtrack clocks in with over five hours of music, and among the tracks are a few of FFXIII and XIII-2's best pieces. The voice acting will please the ears as well, with good performances all around.

Lightning Returns: Final Fantasy XIII will be lauded in the short term for its fun battle system, but remembered in the long term for its bad story and atrocious ending. A demo has been out for some time now, which showcases the battle system quite well. As is often the case with RPG demos, it hides the flaws of the final product, giving no taste of what it's really like to play. Lightning Returns creates that empty feeling of being in a huge world with nothing to do, tries to put the player in a hurry despite there being no reason to rush, and tops it all off with an ending that embarrasses the game industry.

Copy provided by a publisher. Review based on PS3 version. Also available on Xbox 360. Both Heath Hindman and Anthony Severino collaborated on the review.

Lego Star Wars: The Skywalker Saga and High on Life.
News 2 months ago
9