EPOS is back again with a new gaming headset and, overall, it’s been a treat to use. With a solid combination of features, the EPOS H3 Hybrid has many tricks up its sleeve that help it to stand out from the crowd. Chief among these features is the ability to simultaneously use a wired USB connection for high-quality PC and console audio, while also using Bluetooth 5.2 to connect to a phone. It’s what puts the “Hybrid” in the name and I’ve found it to be a real game-changer when it comes to cross-play gaming with friends. Of course, there are other features that make this headset great, as well as one spec that lets it down a bit. This is the GameRevolution EPOS H3 Hybrid Review.

Impressing from the get-go 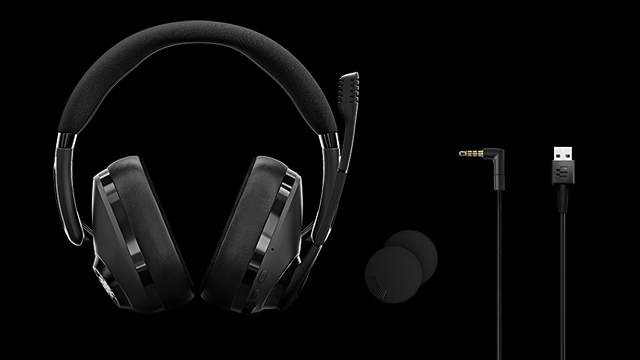 As seen with the EPOS B20 microphone that I reviewed recently, this company knows there is value in making a good first impression during the unboxing experience. It’s a sleek and secure home for the headset, which is kept in place by soft foam. Instructions, the USB-C and “console” 3.5 mm cables, and an optional little disk to cover the mic port when removed are all found in a little box. It’s all very minimal, tidy, and makes a great impression.

Setting up the EPOS H3 Hybrid is super simple, especially if you’re not into virtual surround sound. The USB-C cable plugs right into a PC or console and it just starts working. Using the “Smart Button’s” default function of activating the Bluetooth connection then allows the user to pair with a phone or other Bluetooth device. For my first testing phase, I booted up Deathloop on my PS5 and then channeled through a podcast to listen to as I grinded through some upgrades. The addition of simultaneous Bluetooth makes it possible to talk in Discord or on the phone, all while hearing the game audio. This will come in clutch for games that have subpar in-game chat systems like Call of Duty: Black Ops Cold War, which can totally ruin a cross-play session. 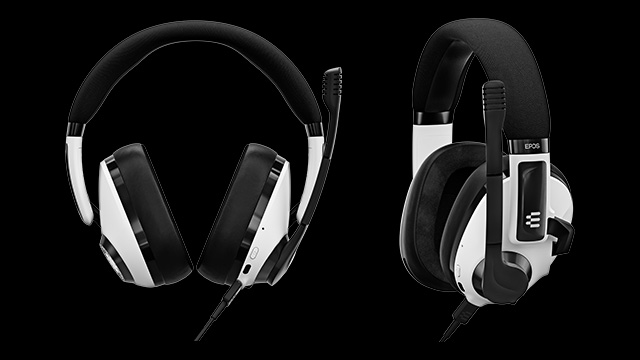 Sound quality is top-tier as expected from an EPOS wired headset. Though closed back and therefore great at isolating noise, the headset has a wide-enough soundstage for competitive play in games like Call of Duty: Warzone. The V-shape frequency curve is common for a gaming headset and the EPOS H3 Hybrid delivers tight bass and crisp highs at an impressively high volume. I’m very sensitive to overbearing bass and harsh treble, which is a common issue for closed back designs, but the H3 Hybrid is tuned superbly well. I can’t fault the audio quality.

The fantastic audio quality extends to the primary microphone. It kicks out a tremendous sound that stands high above most of the other gaming headsets out there. It’s good enough for entry-level livestreaming, even, and won’t offend the listener. The lift to mute function is also very welcome and works well. What’s more, the primary mic is removable. A little disk is included in the box to cover the mic port, making for a very clean headphone look. When the primary mic is removed, the secondary kicks in. Yep, there’s an additional mic for those moments where the boom mic is either forgotten or left behind! This maintains that hybrid functionality at all times. 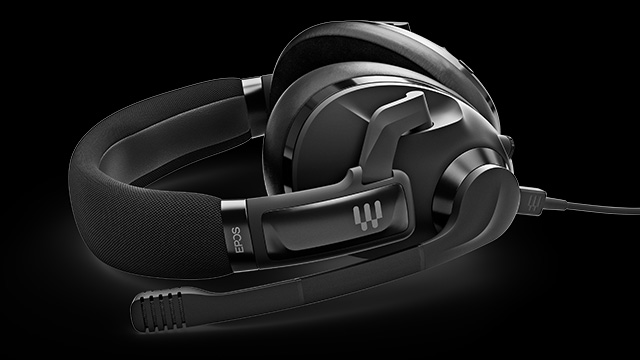 It can take a little time to get used to the H3 Hybrid’s multiple functions. There’s USB for the optimal sound quality from PC and console. This can then be combined with Bluetooth for supplementary sound. However, there’s also the ability to use the “console cable” for a wired connection to a PlayStation or Xbox controller. In this mode, and also when Bluetooth is enabled, the headset relies on an internal battery. That means the H3 Hybrid does need charging up. Thankfully, the charging time is quick and battery life is long, and users will likely charge the headset without consciously having to think about it as it will often be plugged in, but it’s a quirk that’s worth noting.

For my long hours of testing, comfort was never an issue. While feeling premium, the H3 Hybrid is relatively lightweight. The earcups feel great, though their material may suffer over years of use. Happily, they are easily replaceable. The headband has a good level of padding and is forced to sit in a particular position on the head. This is a little more forward than I normally wear my headphones, but it helps avoid a common pain point for many users. The subtle but present clamping force keeps the headset in place. The adjustable headband has numbered measurements which makes it easy to set the headset back into the right position. I know to set mine to “05” after someone has borrowed them.

The only downside of the build is the volume wheel, which is a downgrade over the Sennheiser headsets I’ve owned. It’s a shame that this is a step backward. I’d like to see a little dimple that’s easy to get a finger on, as fighting with the volume wheel isn’t a good experience.

At the time of writing, the volume wheel is also inconsistent in use. However, EPOS is working to double the amount of volume steps “for an even smoother and better audio experience,” so that should hopefully make it better. This firmware update will be installed via the EPOS Gaming Suite, which can also be used for Smart Button customization and EPOS’ own 7.1 virtual surround sound solution. (EPOS’ VSS is only available through this PC software and so console users won’t be able to use it.) 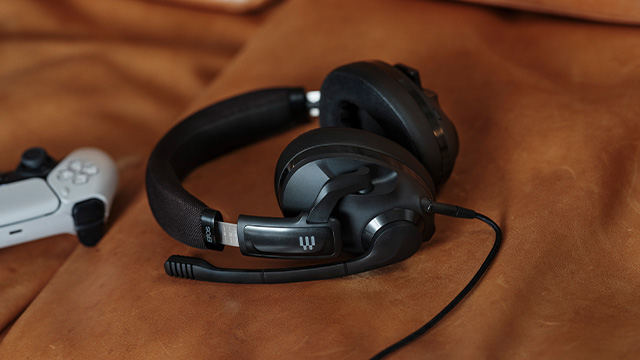 The EPOS H3 Hybrid headset has been an absolute joy to use and is a triple threat in design. The audio quality for gaming and music is exactly the way I like it and this is paired with a top-tier boom mic. The additional Bluetooth connectivity is a game-changer for those of us with friends on different platforms, as it allows for easy Discord integration. I truly believe that a Bluetooth connection is the next stage in gaming headset evolution and I’m happy to see EPOS join the fight here. Bluetooth comes in seriously clutch by giving console players the flexibility and freedom to use third-party VOIP solutions as a way of escaping poor in-game and console chat.

This is one of the most comfortable headsets I own, too, without being overly bulky or “gamery” in style. I also love the modularity on display here, with the boom mic, earcups, and cables all being detachable and, therefore, repairable and replaceable. It’s a combination that should make the EPOS H3 Hybrid a huge success.

At $179, however, this headset is targeting higher-end competition that it’s going to have trouble beating. While the original H3 headset was already a little premium in price at launch, the H3 Hybrid is even cheekier in its asking price. Don’t get me wrong, there is a hell of a lot to like here, but that price needs to drop a little.

For those who can stomach the price tag — or for those who wait for a decent discount — I know the EPOS H3 Hybrid will make a lot of gamers happy.

The condenser.
Tech 1 month ago
8