On paper there isn’t a whole lot thoroughly unique about Toukiden 2. It’s an action RPG with pre-20th century Japanese stylings, focused on demon hunting, crafting, item and gear collecting, and exploring. Despite this, it also has a lot going for it; it’s the third game in the Toukiden series, with the opportunity to refine a formula that has proven popular. It has an intriguing plot, lovely character art, and for the first time in the series, an open world. I reviewed the game on Vita, and was met with both a bevy of pleasant surprises and a handful of clear setbacks. Though the ratio of both wavered, I did ultimately have fun.

If there’s an area where Toukiden 2 doesn’t skimp, it’s pre-prepared cutscenes. I can’t speak to the graphical impressiveness of these on PS4, but on Vita they struck me as highly cinematic and effective at stage-setting. The game opens with a cutscene portraying a cataclysmic demon attack called the “Awakening,” is followed by a quick tutorial, and then drops the player straight into a Souls-meets-XCX character creation tool. The default character name is "Slayer," but it felt a bit generic to me. I renamed myself "Fantomas" which, like Slayer, is also the name of a band Dave Lombardo plays in.

What struck me immediately was the amount of plot and text in the game; I’ll be the first to admit I did not expect this from Dynasty Warriors developer Omega Force, not even in an RPG. Unfortunately, though not unbearable by any stretch, Toukiden’s writing and character dialogue won’t be winning any awards. Important story characters are unreasonably long winded, while NPCs in the world are just the opposite, issuing abrupt testimony with often little context or further conversation. Still, certain members of the cast are endearing, and getting used to them is necessary – they become your party members in battle shortly after their respective spiels.

From Whence You Came 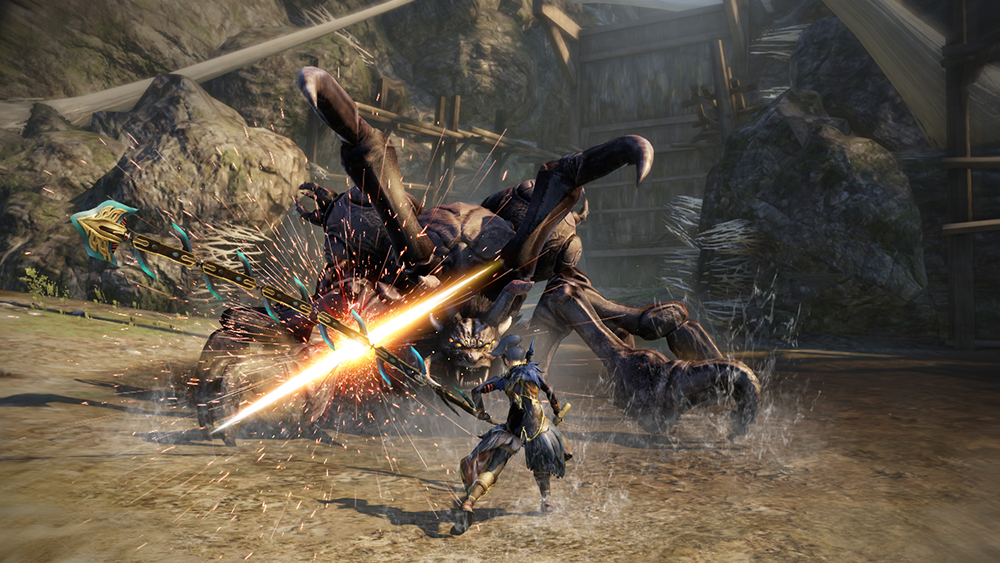 As you might expect, the meat and potatoes of Toukiden are combat and preparation for combat, and once set free into the game’s open world it’s essentially up to the player to develop a style and penchant for certain weapon types or gear sets. The game offers a vast selection of weapon types, including swords, knives, spears, gauntlets, chain & sickle, bows, clubs, naginatas, sword and shield combo, chain whips, and yes, even rifles, so if you had fears about being bored or under-challenged, quell them. All weapon types are available to try from the start (I immediately selected gauntlets because I like crushing things), and can be replaced or improved via shops and blacksmiths found in the game. A number next to each weapon denotes weapon class; a similar number denotes item scarcity, which implies value or lack thereof.

While I appreciate the extensive variety, combat itself had me wondering why investment was put toward so many weapon types and, well, not more actual fighting variety instead. Bouts are handled via a fight pallette explained early on; weapon sets have “attack 1,” “attack 2,” a special move that can be charged (or executed continuously by pressing circle over and over), as well as a combo attack designed specifically for busting-up enemy appendages. Just as it is in Xenoblade Chronicles X, targeting and destroying appendages is a compelling mechanic that heightens gamification and provides mid-fight continuous objectives that, for the most part, prevent you from noticing that button-mashing does in fact work.

A big addition to Toukiden 2 is the Demon Hand capability, a combat technique invented by the game’s lithe Professor character and controlled via the touchscreen on Vita. Demon Hand is probably my favorite aspect of combat; initially it’s used to simply obliterate foes via anomalous taps, but it also serves as a mode of near-field transportation (yanking your slayer toward enemies) and develops expanded function as you progress through the game. Any lack of depth I felt about the combat early on was lessened as I began executing button-press, combo, and screen-taps in continuous flow, to the point that I suspect the PS4 edition may be missing out sans the added variety of controlling the game this way. I wasn’t able to test outside of my Vita copy this time however, so it’s just a hunch.

The World of Nakatsu Kuni 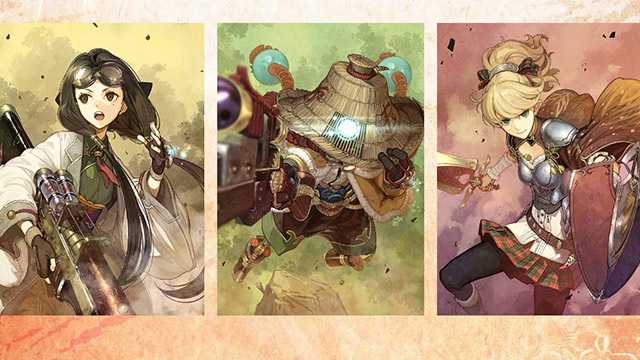 Beyond what I’ve already covered, Toukiden 2 is more about developing a sense of time and place than I expected, and though it does come up short in some ways, it excels in others. A clear highlight for me is the game’s character art; detailed, hand-drawn portrayals of the fine folk met throughout general hub Mahoroba Village and beyond accompany most textboxes, and add tangible personality and engrossment to polygonal graphics that can often come off as drab. The soundtrack is also pleasant; neither face-melting or tear-inducing, it captures the feeling of the time in which the game is set, and calls the right amount of attention to itself. I likely won’t add it to my iTunes library, but within the context of the game, it does its job well.

Unfortunately for me deep captivation ends there, and though I admire the ambition to go open-world, Toukiden 2’s graphics, animations, and layout had me wondering why doing so was so necessary. Animations in particular often look stiff to the point of being slightly comedic, and there’s just something about the way my custom slayer Fantomas glides across terrain at a single on/off speed that, to me, doesn't sit quite right. Thankfully battle animations are better, and I’ll admit that when I focused on strengths like character art, music, and some of the writing, the open-world component resonated more and I actually didn’t mind the sometimes-aimless exploring. It’s also up for debate what is even considered "open world" these days, but Toukiden 2’s promotional materials have embraced the term, and all things considered I do think it’s warranted.

Toukiden 2 is without question a fun game, but so is Dynasty Warriors. My ultimate takeaway is that Omega Force has touched on some pleasant RPG charm and exploration of world and character here, but perhaps hasn’t gone far enough; instead, the game flirts with such elements before falling back on familiarity.

Still, if you’re a combat junkie you’ll enjoy the game, and between the many weapon types, new Demon Hand capability, and return of Mitama spells and buffs, you’re unlikely to get bored even if the level of complexity doesn’t exactly match up with what you seek. If you’re in it for what Omega Force does well, then you likely already know you want the game. Otherwise, Toukiden 2 is a fun diversion that is generally outclassed by its open-world RPG stablemates.

Thank you!
Originals 2 months ago
8