For a long period of time I was led to believe that the primary determining factor for whether or not I enjoyed a RPG is character design. When I look back at all the games of the genre that I have loved over the years, all of them had characters that I held in high regard, from Final Fantasy VII's Sephiroth to World of Warcraft's Thrall and Parasite Eve's Aya.

However, I recently learned that isn't a hard rule, or at least in the case of Final Fantasy XV. I didn't care for any of its characters, and even then found myself enjoying the game over the course of more than 60 hours.

Unfortunately, Final Fantasy XV's first DLC is heavily character centric, and relies on arguably the most stale member of the core party to pull you through its short journey. No phoenix down can save this mess.

In Episode Gladiolus you take control of Gladiolus Amicitia during a window of time where he's separated from Noctis in Chapter 13. A couple minutes in, the rigid and stout character finds himself taking on the trial of Gilgamesh.

Gilgamesh is a man of few words, and has a striking appearance that makes a great first impression. Though, you won't be interacting with him much, and instead you'll be talking to your accomplice Cor Leonis, a generic unplayable character who tags along for the ride.

The roughly one hour journey boils down to Gladiolus and Cor heading through narrow pathways taking out groups of enemies with an occasional mini-boss thrown in for good measure. Boss design is comprised of few attacks to consider in comparison to the main attractions of Final Fantasy XV, resulting in a sense of tedium despite the short length of the package.

For fans of the original game, what comes across as a particularly large oversight is how inconsequential Episode Gladiolous is. It doesn't provide any interesting insight into the story of Gladiolus, and certainly doesn't shine a light on any of the loose ends of the main story. What a missed opportunity. 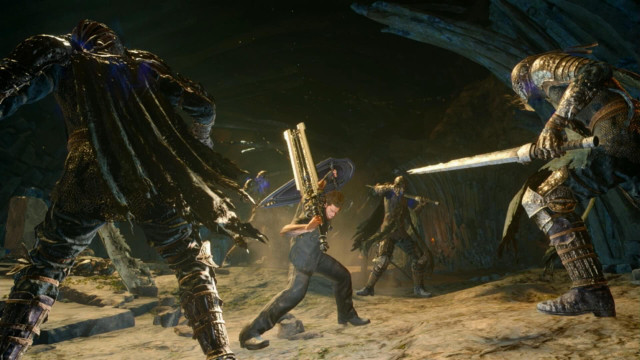 Like Noctis, Gladiolus controls remarkably well. Alternating between attacks and blocks is intuitive, which serves as an incredibly important factor for the DLC given its emphasis of combat.

There are three key differences between how Gladiolus plays versus Noctis. For one, he is unable to warp, instead relying on a thick metal shield to mitigate incoming damage. This transition to a more tank-oriented role with far less mobility ends up making combat much more one-dimensional and ultimately less enjoyable, although what's here works well enough as to not drag the experience down.

There are also new Valor and Rage systems. Valor serves the same role as Techniques, although they forego the teamwork of Techniques, replacing them with Gladiolus-centric attacks. There are a total of three of them, with the first two being fun to use, while the third suffers from some wonky camera issues. Meanwhile, Rage increases your damage multiplier as you're hit by enemies, rewarding you for missing blocks.

Gladiolus looks stylish in combat, there's no doubt about it. Hitting with his greatsword feels impactful, and his single four-hit combo is enough to make everything work. However, without being supplemented with any mechanics that offer depth, as well as the DLC's lack of content outside of engagements, it grows tiresome quickly. 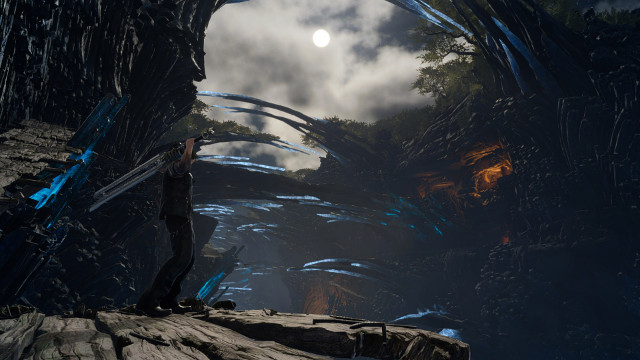 The best thing that can be said of Episode Gladiolus is its environments are beautiful. What's here is comparable to the main journey of Final Fantasy XV, with great representation of color even though you're spending most of your time in caves. This is reinforced by gorgeous enemy character models that remain at a high standard throughout.

This success is largely held back by the level design, which is somehow even more linear than what Final Fantasy XIII offered. This is a point A to point B journey, and that becomes a problem when you consider that most of the RPG qualities of the original Final Fantasy XV experience are nowhere to be seen.

For those who feel burned by the season pass, the good news is that there are special items that can be brought over to the main Final Fantasy XV experience. In addition, there are Score Attack and Final Trial modes unlocked upon completion which provide a few extra minutes of entertainment.

The biggest offender here is that Episode Gladiolus has stripped Final Fantasy XV of most of its best qualities, relying on a dull character to carry the weight instead of the game's expansive world. Having tossed out many of the reasons I enjoyed Final Fantasy XV in the first place, it's a far less interesting addition to the game than the free content that has been introduced during the past few months, including this week's 1.07 update.

If you happen to fancy Gladiolus, then you might find some entertainment value here. Otherwise, save yourself the $5 and put it toward Persona 5 or another great 2017 JRPG.

PS4 copy provided by publisher. Also available on Xbox One.

No one can hear you scream.
Games 23 hours ago

Do you wanna build a snowman?
News 2 days ago

Fortnite: My Hero Academia Skins Leak Includes All Might, Deku, Ochaco, and Bakugo

They look smashing.
News 1 month ago