As much as I’ve enjoyed Total War games in the past, the series remains a stereotypically dense and unintuitive beast in the sense that players have to juggle political aspirations, civilization management, and all-out combat on massive fields with hundreds of soldiers. That sounds like nothing more than a stressful errand for someone like me. I prefer to jump into action with most of my virtual endeavors, but Total War: Arena attempts to cater to this mindset in a big way.

I typically start a video game by pressing random buttons, mousing over menu items for pop-up descriptions, and generally making a virtual character look silly. I’m not the only gamer with this habit, so a hands-on event in December meant coming to grips with Total War’s field maneuvers in short order. Thankfully, culling the number of options, turn choices, and general input requirements makes Total War: Arena the best new entry point for the franchise, though it was hardly the only option Creative Assembly had for newcomers at a large event for a few new games.

Arena stands in opposition to Total War Battlegrounds which Creative Assembly is offering on mobile devices (in addition to PC and Mac platforms). Where Battlegrounds asks players to manage their civilization and take turns online, Arena pits two teams of ten players against each other. The map I got to play on featured respective bases for red and blue which could be captured for victory if routing the enemy forces proved too difficult or seemed like it would take too long. Still, no single match took more than 20 minutes and defining the means by which columns of soldiers could secure difficulty means Arena has combat at the center of its offering.

At least, that’s how it appeared with archers lining cliffside, firing into valleys where soldiers carrying sword and shield clashed. The developers describe Total War’s combat as a rock-paper-scissors proposition where ranged attacks will take down more brutally focused enemies or engineered catapults and the like can fall relatively easily to opponents armed with fire. This has never been truer than in Arena. You'll learn to specialize your units with upgrades and unlock commander bonuses too.

In fact, removing the political gameplay and less intuitive mechanics makes this balance the star and forces the player to carefully consider positioning both within the three squadrons they command and amongst teammates. I left one of my sword-and-shield columns at the base for defense while archers and brutes toting spears could offer support for advancing armies controlled by others on my team. Ultimately, we secured victory several times, but not without my learning a few lessons after getting routed in a forest area and by those pesky archers I mentioned previously. 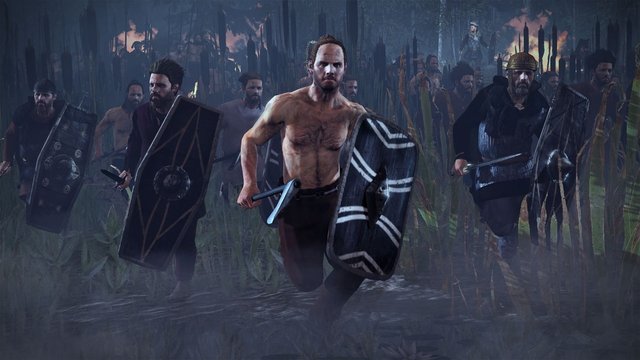 Most gamers may shrug off Total War as a strictly PC-facing game franchise with too much focus on the monotony of middle-age management. I’ll point to Total War: Arena in disagreement, though even from this early hands-on opportunity, it’s clear that the likes of Total War: Shogun 2 will remain the best the series has to offer. Creative Assembly announced several other Total War games, including one focused on Attila the Hun, but Arena may be the go-to for online competition in short bursts.

We’ll bring you more on everything Creative Assembly has to offer over the next few months, but keep Total War: Arena on your list of games to check out should you have a capable gaming rig at home.

No one can hear you scream.
Games 10 hours ago
9

Xbox Game Pass has new games and some leaving during July 2022.
News 7 months ago