Do I Need to Play the God of War Games Before God of War 2018 and What Order Should I Play Them In?

The new God of War takes us into uncharted territory with the series with its background rooted in Norse mythology. Even though Kratos is in a whole new world plenty of gamers are wondering what they need to know about the past games before they play God of War 2018, or if they need to play them at all. There’s good news and bad news on that front for those who are new to the series, but we’ll be covering what you need to know about Kratos’ past below and which order you should play the past God of War games if you’re just getting into the series.

Do I Need to Play the Other Games in the Series Before I Play the New God of War?

If you’ve checked out any trailers for the new title one of the first things you’ll notice is that it takes place in the world of Norse mythology. Instead of Zeus, Ares, Athena, and the Olympian Pantheon, God of War 2018 takes place in a world influenced by the likes of Odin, Freya, and the other Aesir and Vanir gods.

The new game is a new chapter in the franchise, and as far as we know, it doesn’t focus too heavily on the particulars of Kratos’ past. While the game isn’t strictly a reboot, Aaron Kaufman, of SIE Santa Monica Studios stated that the developers decided against going into a lot of depth about Kratos’ past adventures in Greece and what he did between then and when he wound up in Midgard so that the game would be more approachable for new fans.

However, while you can play the new game blind, you will miss out on some key changes to Kratos’ character. He’s older and wiser, and the rage that once filled him has been conquered by the wisdom accumulated over hundreds of years. The new entry in the franchise has a lot to do with family as well, and given Kratos’ difficult past concerning that topic, seeing his experience with family in his past will give the events in God of War 2018 a bigger punch.

What Order Should I Play the God of War Games In? 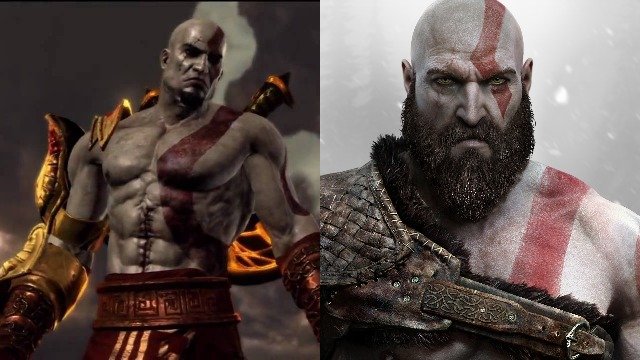 So you’ve decided to play through the series for the first time, or you’re looking to run through it again just before the new game comes out. There are seven games in the God of War franchise (eight counting God of War 2018), but you can pick up the five essential ones in one cheap pack for the PS3 called God of War Saga. This gives you God of War, God of War 2, God of War 3, God of War: Chains of Olympus, and God of War: Ghost of Sparta. While these games haven’t all aged really well, you’ll likely have a good time playing through them as long as you keep an open mind. God of War 2 and 3 still hold up exceptionally well and help paint a picture of Kratos past mindset.

God of War establishes who Kratos is and the nature of Greece in the franchise. While the series follows Greek mythology, there are some fundamental differences, and you’ll want to play the first game to get a good foundation before you move on to the others.

Chains of Olympus is a prequel to the original game dealing with Kratos life during his ten years of service to the gods. Ghost of Sparta deals with the origins of Kratos and his lineage. God of War 2 and God of War 3 continue the events of God of War and bring Kratos’ story in Greece to a close.

The remaining two games in the series can be skipped in my opinion. God of War: Betrayal is a 2007 cellphone game that I’m not sure you can even play anymore, and God of War: Ascension is a prequel to the series that doesn’t really add anything special to the story.

There are several recommended orders to play the game in that I’ll list below, starting with my preferred method.

Dark Souls Play Order: Are They Connected or Standalone?

God of War Ragnarok Frost Phantom: How to do Damage to the Boss

Getting ghosted by the ghost.
Games 3 months ago