The “Search 7 Chests in a Single Match” is one of the tougher Fortnite Week 8 challenges, as it requires players to not only open a high number of chests, but to also accomplish that in a single match. Unless you’re used to consistent Victory Royales and staying alive until the endgame, you will probably struggle to open seven chests all in the same round. Happily, there are a few good landing spots to quickly open multiple chests at the very start of a round. Here’s your guide to completing the Fortnite Search 7 Chests in a Single Match challenge as quickly as possible.

Though the Search 7 Chests in a Single Match challenge has a lot to do with getting lucky, with fewer engagements making it more likely that you will succeed, there are a few tactics that you can use to put the odds in your favor.

Firstly, avoid all popular landing zones. Tilted Towers is a definite no, because despite boasting a good number of chests, it’s unlikely that you will survive long enough to open seven of them. Just don’t bother with going there.

Make completing the Search 7 Chests in a Single Match your main focus for a round or two. Drop somewhere that has plenty of chests, but be prepared to quickly change to a different landing zone if you spot too many enemy players. Stay on your toes, rapidly zip between named places, and you should hopefully find seven chests in no time. 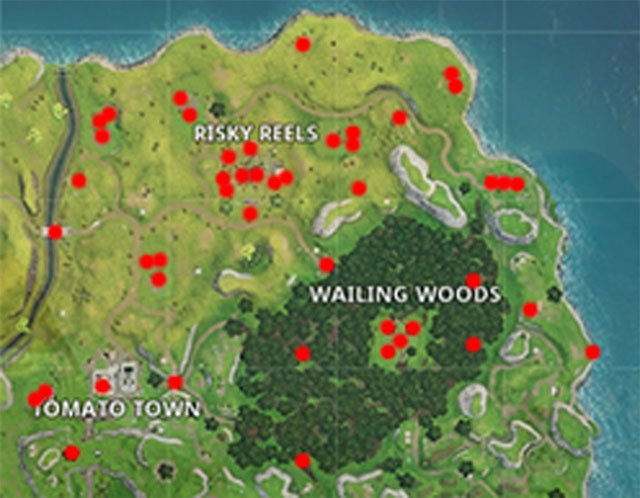 As we saw with last week’s challenges, Risky Reels is a great Search 7 Chests in a Single Match location. Head there to quickly open up a few chests, and then head south to Wailing Woods to grab the remainder. Tomato Town is also nearby, offering a good alternative.

Don't fall for this one.
Games 2 days ago