Risk of Rain 2 | Find the Secret Area in Abandoned Aqueduct

Risk of Rain 2 is full of hidden areas and secrets for players to find and discover as they fight their way through hordes of enemies. Taking time to explore the various areas that you find yourself in can be very rewarding, often rewarding you with access to new items and other goodies that you wouldn’t be able to get otherwise. That’s why finding the secret area in Abandoned Aqueduct is so important. Unlocking this area will allow you to complete the “Death Do Us Part” achievement, granting you two new items for future runs.

Unlike many of the other challenges in Risk of Rain 2, completing this task is going to take a bit more than just pulling off a vague description or surviving until a certain point. To complete this task you’re going to need to find the secret area in Abandoned Aqueduct and then open the grate that blocks your way forward. Once inside, you’ll then need to defeat a set of two bosses, who will drop two new items for you, Runald’s Band and Kjaro’s Band.

Before you can get started, though, you need to play through your run until you reach the Abandoned Aqueduct. Sometimes it will act as one of the first levels you take part in. Other times you’ll need to complete a full run of the levels and loop back to the start before the Abandoned Aqueduct will join the level line-up. Either way, play through a run until you make your way to the desert area. 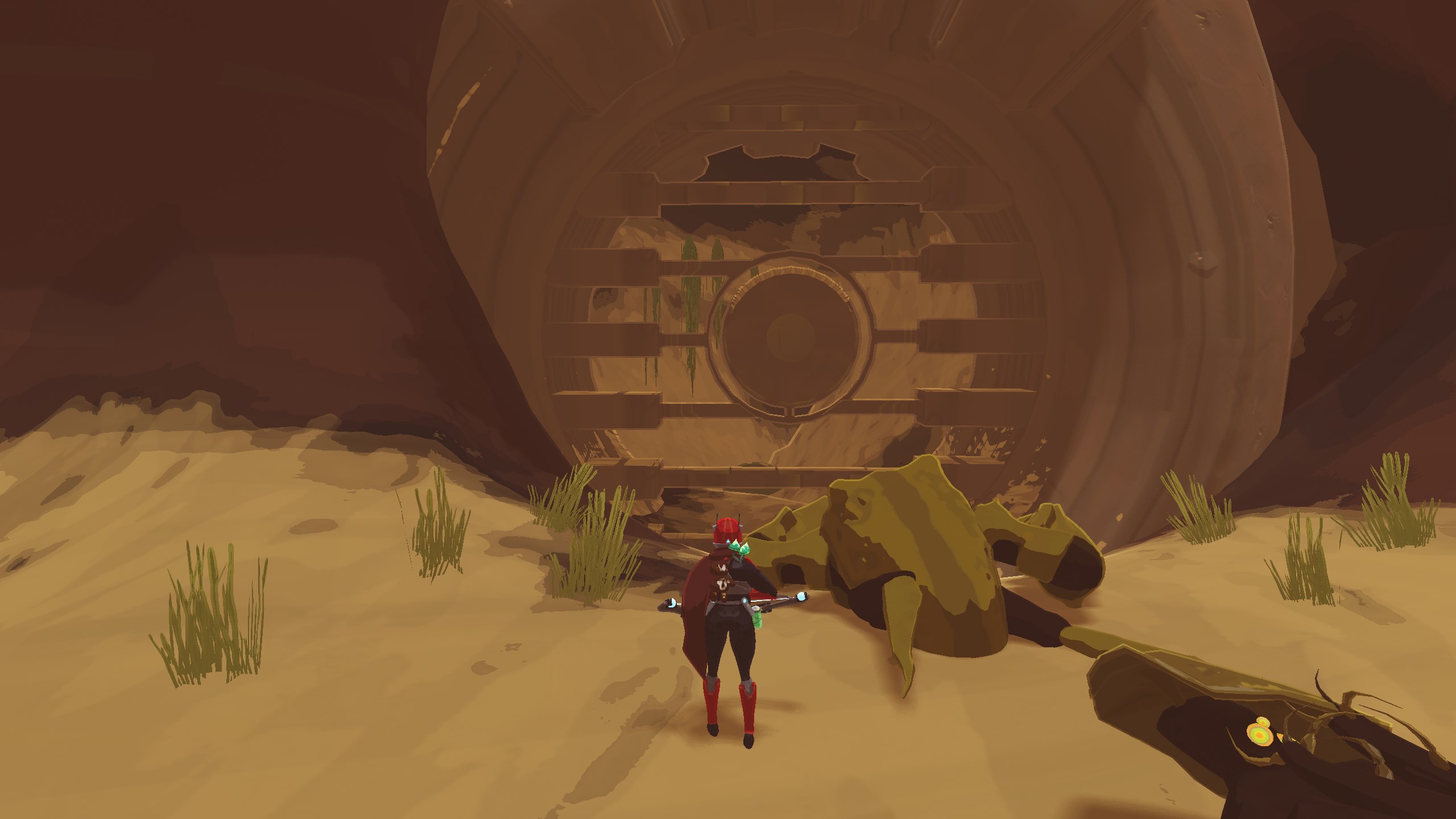 Once you finally find yourself in the Abandoned Aqueduct, it’s time to find the entrance to the secret area. Depending on where you spawn, hug the edge of the map and make your way around until you spot a hole in the wall with a grate blocking your way. This is the secret area that you need to access to find the minibosses inside. But, in order to gain access you’re going to need to find two switches.

This is where the tricky part comes into play. While it’s technically possible to complete this step without any help, it’s much easier to do in a group of two. Now you need to start searching the map for two switches. These pressure plates are randomly generated each run of the map, which means you’re going to have to search for them quite a bit. The easiest way to do this is to first complete the teleporter event, and then clean up all the extra enemies.

With the enemies cleared, start checking all the nooks and crannies situated around the map. We’ve included an image of what the switches look like below, which should make finding them much easier as you roam around. When both switches have been found, you and a partner need to trigger them at the same time. You won’t need to count down to three or anything, so long as both switches are pressed down simultaneously, the grate on the secret area in Abandoned Aqueduct will open. 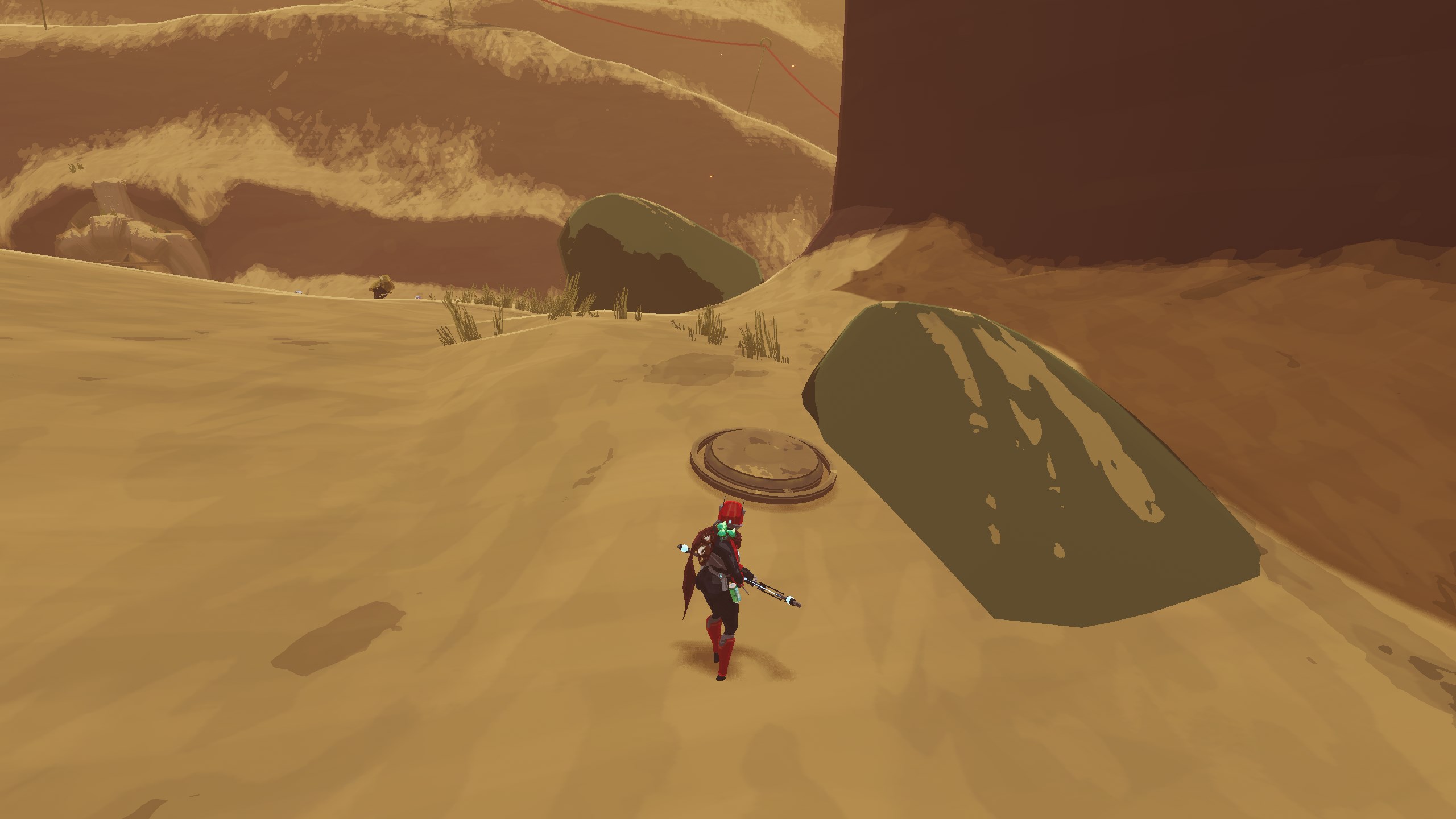 If you’re playing solo, or if your entire group manages to wipe and you’re the only one still alive, then you can still trigger the switches. The easiest way to do this is with the Engineer class. If you happen to be playing this class, then you can easily just drop a turret on one of the switches. Playing a different class? You can still complete this task. All you need to do is find a nearby canister and push it to the switch. This is a very difficult task to pull off, though. Honestly, it’s usually just easier to make a run with random players  as you can at chat and let them know you need help opening the secret area.

After you find and access the secret area in Abandoned Aqueduct, you’re going to need to defeat two bosses, Runald and Kjaro. This duo works well together and can be very tough to defeat if you aren’t prepared. Make sure you’re fully healed before doing battle, and as stated above, only head into this area after all the other enemies in the match have been taken care of.

Kjaro is a fire-based enemy, so you’ll want to watch out for the various fire attacks that it spits out. On the other hand, Runald is an ice-based fighter who shoots out various ice related spells. Work together with your group to take them down. If you’re running solo, then try to separate them as much as possible, though this can be difficult given the closed in nature of the area. 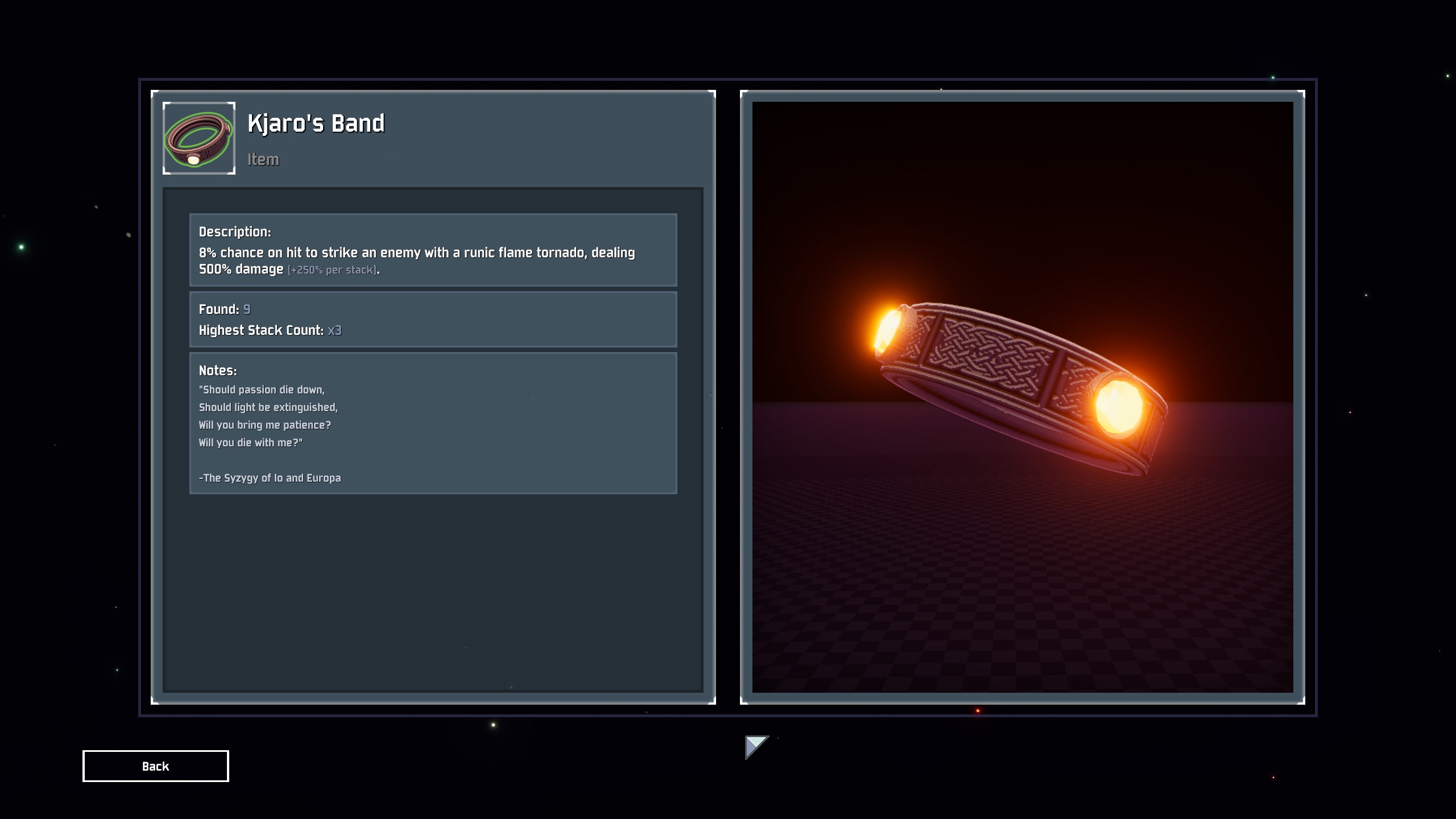 When you finally manage to whittle down both of the bosses’ healthbars and defeat them, Runald’s Band and Kjaro’s Band will drop. Both of these items are very useful for players in future runs. When equipped Runald’s Band will grant players an 8% chance on hit to strike an enemy with a runic ice blast that slows them by 80% and deals 250% damage. This stacks +125% per additional Runald’s Band that players equip. Finally, Kjaro’s Band will grant the user an 8% change on hit to strike an enemy with a runic flame tornado that deals 500% damage. This damage stacks by +250% with each additional band that is equipped.

Now that you know how to find the secret area in Abandoned Aqueduct, head over and check out our handy guide on how to use developer commands in Risk of Rain 2.

You can get Gjallarhorn in Destiny 2 right now. The weapon was added back to the game in the Bungie…
Games 5 months ago

A riddle protects the path to a secret in Dying Light 2. A clue in the VNC Tower gives players…
12 months ago