The Clash Royale July Update patch notes are here! This latest patch to one of the world’s most popular free-to-play games brings with it a bunch of new cosmetics and features, the most notable of which is the addition of the Pass Royale. That’s right: we’ve finally hit the point where free-to-play mobile games are somehow getting seasonal battle passes. Let’s break it down! 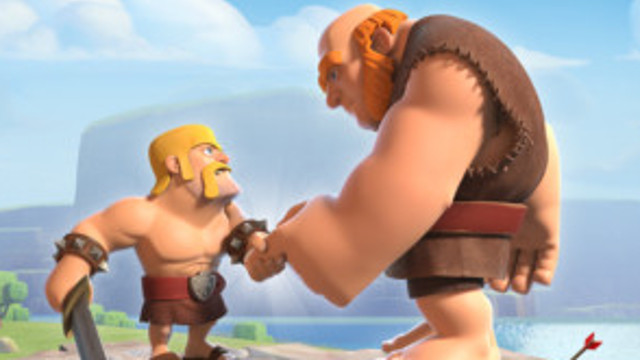 The unequivocal highlight of the Clash Royale July Update for this year is the addition of the Pass Royale, a brand-new features to the game. If you’re curious about what this might be, it’s exactly what you probably think it is: the Clash Royale July Update is adding a seasonal battle pass to the game. Players can earn unique rewards like the Season 1 Tower Skin. The “Shark Tank Tower Skin” can be acquired for your King Tower and Princess Towers.

A special emote is also being added in the Clash Royale July Update. The “Fisherman’s freshwater friend” apparently has a “mean left fin.” Do note that like many other battles passes, this content can only be earned during Season 1 of the Pass Royale — once it’s over, it’s gone for good!

Another notable change coming in the Clash Royale July Update is some changes to Crown Chests. Crown Chests are now earned in the free tier of the Pass Royale; a single tier will unlock every 24 hours on weekdays and two tiers unlock on Saturday and Sunday. Crown Chests will also now stack more than once, meaning players will no longer miss out if they don’t manage to complete their current one! What isn’t changing about Crown Chests is this: they will still require that you spend 10 Crowns to open them.

That’s it for the highlights! Read on to get the full patch notes for the Clash Royale July Update!

A mighty tide has swept through the Royale world, bringing with it a new Arena, new card, and new features – the biggest of which is Pass Royale!

You can find Tower Skins in your Emote Deck tab.

(The Season 1 Tower Skin & exclusive Emote can only be earned in Season 1 – this is your only chance to get them! If you unlock them, you get to keep them forever.)

Pass Royale is packed with extra rewards, including chests, cards, gold, and more!

Queue up your next chest to start unlocking automatically!

Your player name gets a cosmetic change, unique to Pass Royale.

All Pass Royale chests get Lightning Strikes – Strikes give you more chances to get the cards that you want!

With the introduction of Pass Royale, we have changed how Crown Chests work.

THE FLOOD HAS ARRIVED…

The Flood has taken over – the home screen of Clash Royale has been updated!

Bringing a new grappling mechanic to Clash Royale, Fisherman pulls enemies towards him (damaging them in the process) and then slaps them with his trusted fish, causing melee damage and adding a slow effect. He can also pull himself to the nearest enemy building or Tower!

Take To The Skies

A flooded arena proves to be a great battleground. Only air troops are allowed in this game mode!

This Fisherman doesn’t take sides. Until you capture him! The newest troop sits in the middle of the Arena, and will join the side of whoever destroys his shield first.

We are making some big balance changes this update! Below are all the juicy numbers…

Since we launched Clash Royale in 2016, cards with a Range under 2 have been classified as ‘Melee’, but many cards had dramatically different ranges that were not clearly communicated.

With this update, melee cards have been classified as Melee: Long / Medium / Short. This will help clear up seemingly ‘random’ interactions where one troop attacks first but it’s not obvious why.

For reference – a tile refers to the squares you see on the Arena that affect unit placement, range, and more!

All other troops with a range of 0.8 tiles or less will retain their current range. All of these troops will be classified as being Melee: Short.

New Mega and a Shiny Legendary!
Games 3 weeks ago

Is Clash Royale Rigged?: Does It Rig Matchmaking for Perfect Counters?

What are the chances?
Games 3 months ago