Modern Warfare | How to add friends from different platforms

Due to Call of Duty: Modern Warfare 2019’s implementation of cross-play, gamers are required to login to their Activision accounts in order to play online. This way everybody is on equal footing whether playing on PC, PS4, or Xbox One. An added benefit to the system, however, is that players across different platforms can actually add one another to the in-game friends list. If you’re wondering about the process, here’s exactly how to add friends in Modern Warfare.

How to add friends from other platforms in Modern Warfare 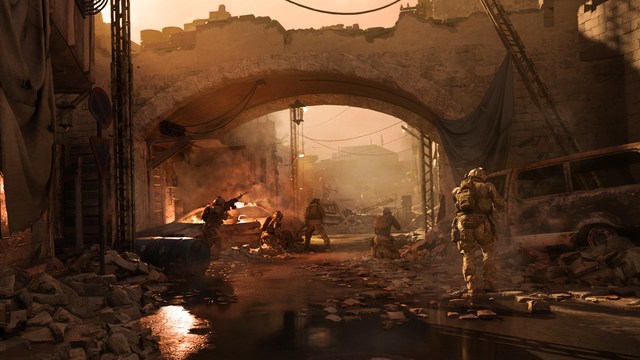 Competitive multiplayer has long been the marquee mode for Activision’s popular Call of Duty franchise, and with the recent Modern Warfare reboot, things are no different. To get the most out of the experience, many people like to bring friends along for the ride, and now it’s easier to do so than ever.

For example, if you’re a PlayStation gamer that usually can’t play with your buddies on Xbox and PC, Modern Warfare 2019 removes the barrier to entry by allowing you to befriend and play with any and everybody regardless of their platform.

Here’s a step-by-step guide on how to send friend requests to Modern Warfare players on any platform:

That’s all you need to do in order to add friends in Call of Duty: Modern Warfare, even if they’re playing on different hardware. Just remember that you won’t see friends from different platforms on a system level, such as from your console’s main screen. This means that you’ll need to launch the game and check the in-game social menu in order to see what they’re getting up to.

Suit you, sir.
Games 1 day ago