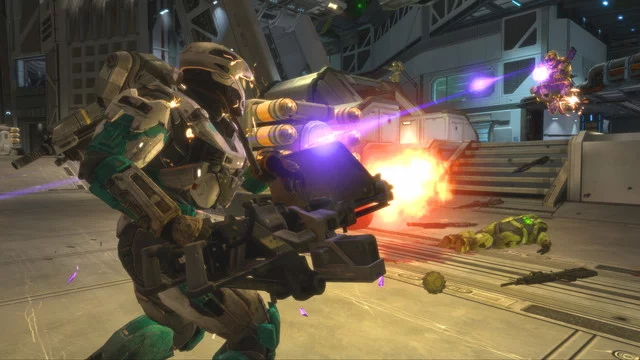 As stated above, this new update to the MCC is for both the Xbox One and PC. There is just the one Xbox One exclusive patch note to tell you about, however. Following the December 18 update, the game’s front-end narration interface has been improved on Halo: Reach. The game should now be a little more accessible.

Supposedly, there was a legacy mechanic still at play in The Master Chief Collection while playing with mouse and keyboard. This produced some negative effects while aiming whilst taking damage. Following the update, this should now be better to some extent.

A few small fixes have taken place thanks to the update, too. The sound effect upon gaining a Season Tier should now play as was intended, for example. That annoying stat error in which multiplayer kills were showing up as deaths too in Halo: Reach has been fixed as well.

A good number of Playlist changes have taken place with the December 18 update, also. In Social 4v4, for example, Oddball has been removed from Solitary. In Reach Hardcore Playlists, you should now notice that the maps and game types no longer have equal weighting. Zealot and Sanctuary, for example, should now show up a lot more as Capture the Flag in Hardcore. Read through the full list of patch notes below to learn more about the fixes and changes.

Read through the complete list of Halo: The Master Chief Collection update patch notes below, courtesy of 343 Industries:

Improvements to narration across the front-end interface for Xbox.

Addressed a mechanic for mouse + keyboard players which improves precision of aiming when taking damage.

A freeze warning for the Winter Update.
Games 3 months ago

A second season of the Halo TV show was confirmed before the first season ever aired. However, the negative reception…
TV 4 months ago