Zombie Army 4 Max Combo | What is the highest kill combo?

Zombie Army 4: Dead War harkens back to arcade games of yore. That’s right, the new shooter provides plenty of mindless Nazi zombie-slaying fun as players attempt to increase their high score. Undoubtedly the best way of scoring big is to develop and maintain a combo by stringing kills together in rapid succession, though what’s the highest Dead War combo that can be reached? In this guide, we’ll fill you in on what the Zombie Army 4 max combo is.

What is the max kill combo in Zombie Army 4? 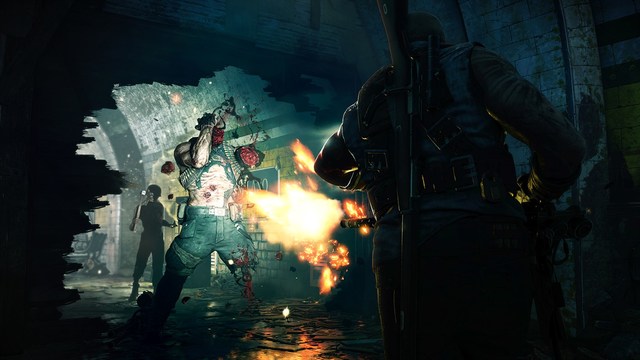 If you want to dominate the online leaderboards in Zombie Army 4: Dead War, then you’re going to need to get to grips with the kill combo system. If you’ve played an arcade shooter before, then you’re likely to be familiar with the mechanic already; putting it simply — aim to get the most kills in the shortest timeframe possible.

Although that’s 33% less than you might’ve expected, matching the so-called “number of the beast” is a relevant nod for a game that’s all about slaying Nazi abominations.

The combo limit was discovered by @EastwoodIT, who shared video proof of the impressive feat on Twitter. Check it out:

Hey @beldeth, I thought you said there was a special animation at 666 🙁 Turns out it's the maximum combo possible! @Rebellion @zombiearmy #ZombieArmy4 pic.twitter.com/PPeFw8CUyS

According to Eastwood, Rebellion Community Manage Robert Dale (@beldeth) had previously “said there was a special animation at 666,” although that doesn’t appear to be the case. Dale replied to the tweet by saying “wow congrats,” though didn’t address the illusive animation.

Load me in!
Games 2 months ago

Can you hear me?!
Games 2 months ago

Warzone 2 ‘AQ Soldier Kills’ Meaning: Who Are They on the Scoreboard?