Apex Legends Smart Pistol | Is it being added in Season 4?

The Apex Legends Smart Pistol would no doubt be a controversial weapon addition, as the gun caused many an argument in the Titanfall games. Capable of automatically aiming at an enemy and instantly killing them, the weapon has been criticized as requiring no skill to use and a generally cheap gun to choose for one’s loadout. If the Smart Pistol was to be added to Apex Legends, which is set around the more competitive battle royale game type, it’s easy to imagine players quickly becoming very frustrated. Here’s what you need to know about the Smart Pistol coming to Apex Legends.

Is the Smart Pistol being added to Apex Legends? 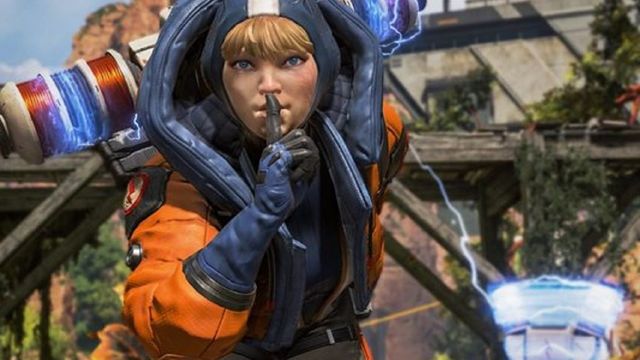 You might think the Smart Pistol being added to Apex Legends is never going to happen, as being able to automatically lock on and fire at enemies would be way too overpowered in a no-respawn battle royale game, right? Well, dataminer @That1MiningGuy on Twitter has made an interesting discovery while diving into the game’s files following the latest update.

ALSO: Why the Xbox Series X teraflops aren’t too important

You’d hope that developer Respawn Entertainment would be aware of just how infamous the Smart Pistol is, and that any version of the weapon in Apex Legends would have to be balanced well. As this is apparently the “MK6” version, maybe it’s been adjusted enough to require more skill.

It’s also possible that the Apex Legends Smart Pistol will be reserved for a limited-time mode. It could be the ultimate drop in a “one shot, one kill” mode, for example. Or just one overpowered weapon in a game mode full of other overpowered weapons, complete with respawns. I could see the Smart Pistol working in a one-off event like this.

So quiet.
Games 2 months ago

Fortnite Chapter 4: How to Activate Augments

Augment me!
Games 2 months ago

How many can you find?
Games 2 months ago