Does Call of Duty: Warzone need PS Plus or Xbox Live?

Modern Warfare fans are likely already aware that Call of Duty: Warzone is free-to-play. However, current-generation consoles such as the PS4 or Xbox One require subscription services to play games online. Since Warzone is very much a multiplayer game, this leads to the obvious question: Do you need PS Plus or Xbox Live to play Warzone? As it so happens, the answer depends on your chosen platform.

Do you need PS Plus or Xbox Live to play Call of Duty: Warzone? 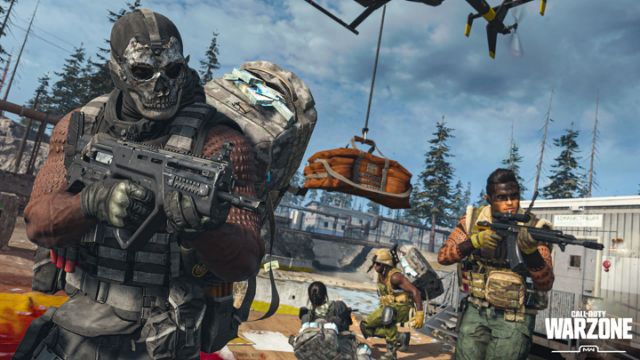 Good news for Call of Duty: Modern Warfare fans on PS4: You do not need a PS Plus subscription to play Warzone online. However, Xbox One players will need an active Xbox Live subscription in order to enjoy Warzone.

ALSO: Is there a Call of Duty: Warzone Switch release date?

For PlayStation 4 users, this news will not be much of a surprise. After all, other free-to-play games such as Apex Legends or Fortnite do not require a PS Plus subscription to play online. With that said, the inverse is also true: Xbox One players do need Xbox Live in order to jump into online matches in free-to-play games, and Warzone is no exception.

There is a bit of a silver lining here. Since Warzone supports cross-platform progression with Call of Duty: Modern Warfare, users can conceivably continue their progress while switching between two separate consoles. It’d be a runaround for sure, but if you’re dead-set on not paying for an online subscription service, you can always enjoy Warzone on PS4 for free.

It’s an odd thing: You don’t need PS Plus to play Warzone on PS4, but you do need Xbox Live to play Warzone on Xbox One. As usual, PC players won’t need any kind of subscription service to play the new Modern Warfare battle royale mode through Battle.net. Thankfully, cross-platform progression is available no matter which machine you choose to play on.

How To Execute a Finishing Move In Warzone 2

Finish them!
Games 3 weeks ago