GTA 5 Not Working | Are the GTA 5 servers down?

Is GTA 5 not working? Are the GTA 5 servers down? Some players are reporting problems with playing GTA Online recently and they’re anxious to find some kind of fix that will let them get back into the action.

If you’ve never played Grand Theft Auto 5, it also has an online multiplayer component called GTA Online. However, several players reporting GTA 5 not working likely means that the servers are down for some or all players and they’re anxious to get back into the action.

Is GTA 5 Not Working? 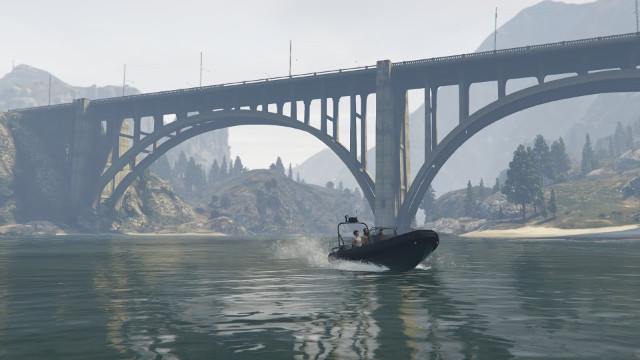 A submission on the /r/GrandTheftAutoV subreddit details the problem that a lot of players are having with the game. Currently, it’s still quite possible to connect to the game. Actually being able to save your progress, however, is another matter entirely.

ALSO: Destiny 2 players are furious with Bungie over Season of the Worthy

“Servers are down apparently,” stated one Reddit submission. “Kept getting the notification above the minimap that saving failed because the servers are unavailable. Still able to play online guess it just can’t save mission progress and rewards.”

While this one Redditor has been fortunate enough to be able to connect to the game, others haven’t been so lucky. As reported in another submission, some users aren’t able to get into the game at all. Instead, they’re receiving the following message while trying to play Grand Theft Auto 5:

Alert
Files required to play GTA Online could not be downloaded from the Rockstar Games service.

It’s not just GTA 5 not working, as this appears to be an issue with Rockstar Games titles across the board. Another submission on the /r/RedDeadOnline subreddit also indicates that Red Dead Online servers are having trouble, too.

Unfortunately, GTA 5 not working doesn’t seem to be a problem on the players’ end. Rather, it looks like the Rockstar Games servers are down, so we’re probably going to have to wait for them to come back up on their own.

Shoot 'em down
Games 2 weeks ago

GTA 5, GTA Online: How to Turn On Ray-Tracing for PS5, Xbox Series X|S

Get your first dose.
Games 1 month ago

GTA Plus December 2022 Rewards: When Are the Bonuses Revealed?

For paying players.
Games 2 months ago