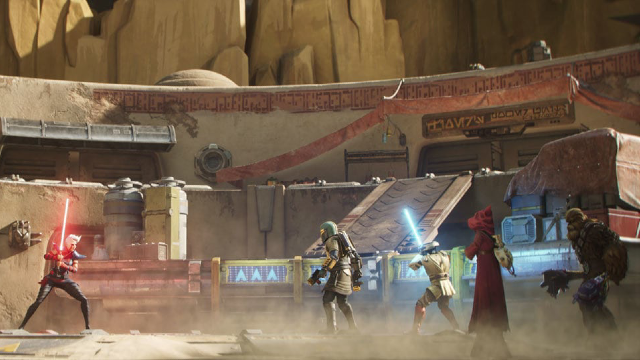 There are nine playable characters in Star Wars: Hunters. Here is the full list:

As you can see, there’s an expansive range of characters available in Star Wars: Hunters. They encapsulate all parts of the galaxy, from Imperial Stormtroopers to a clever spin on a Jedi Knight. Since this game is set after Return of the Jedi, it means most of the characters are based on the original trilogy. As such, you won’t see any Clone Troopers or Battle Droids in Star Wars: Hunters. However, more characters could be added in future updates.

The latest cinematic trailer for Star Wars: Hunters was released earlier this week, showing off the nine playable characters in action. As the game is still reasonably far out from launch, we don’t yet have details on how each character plays or their specific strengths. However, it looks set to be a licensed MOBA in the vein of Pokemon Unite, and will no doubt be essential playing for Star Wars fans.

In other news, Battlefield 2042 has been delayed by a few weeks. We’ve also got a review of the latest episode of Marvel’s What If?

Star Wars The Bad Batch Season 2: Who are Wanda Sykes and Hector Elizondo?

How to unlock all the new outfits.
Games 2 months ago

Is the Fortnite God of War Kratos Skin Coming Back?

Will the skin return?
Games 3 months ago