The Wordle answer 307 has been revealed for April 22, 2022. Today’s answer shouldn’t be too tricky for players to work out as it’s a very common word and doesn’t have any challenging rare or duplicate letters. Need another tip? Today’s word has a single vowel in position 3. Still require assistance? Then read on for the Wordle 307 answer. 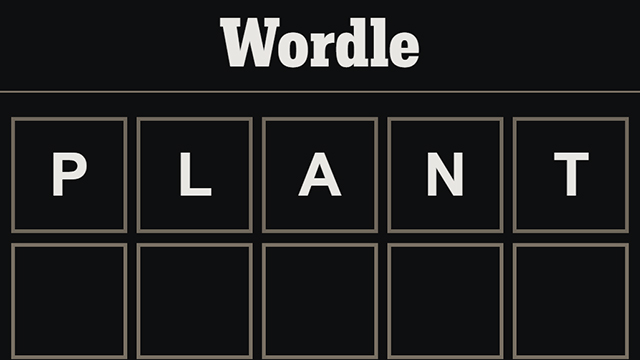 “PLANT” is a noun that means “a living organism of the kind exemplified by trees, shrubs, herbs, grasses, ferns, and mosses, typically growing in a permanent site, absorbing water and inorganic substances through its roots, and synthesizing nutrients in its leaves by photosynthesis using the green pigment chlorophyll.” It can also mean “a place where an industrial or manufacturing process takes place” or “a person placed in a group as a spy or informer.” (Definitions from Oxford Languages)

“PLANT” should be reasonably easy for players to work out. It’s a common word that many players should know and recognize early, even with multiple letters missing. The “A” will likely be found first, as a common vowel that appears in many go-to starting words. The “P,” “L,” “N,” and “T” may prove a little difficult, as they are uncommon consonants, but most players should find them before they run out of guesses.

Those finding it tough to hunt down the correct word should try using all of the available guesses to eliminate as many letters as possible. So long as you aren’t playing on Hard Mode, which forces players to use confirmed guesses in all of the following attempts, it’s best to use each new guess to knock out as many potential letters as possible.

Looking for even more Wordle puzzles for today? Then have look at this guide on how to play the previous day, past, and future games. Or, if you want to retry today’s puzzle, simply open an Incognito tab or clear your browser cookies for a new save.