A batch of five new PS4 indies were revealed today, promising a little something for everyone. Whether you’re looking to play the fantastic new outer-space shooter Boundary or you want to enjoy the colorful new world of Windbound, there’s something for everyone coming to the PlayStation 4! 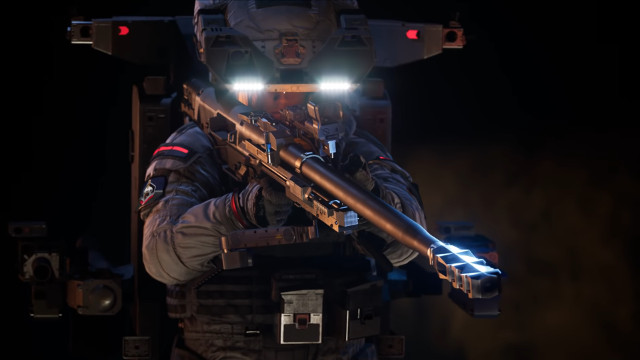 Two of the new PS4 indies announced today coming up are pretty cool for fans of action games. There’s a first-person shooter and something a little more cerebral in the mix coming soon.

Boundary shows what happens when we forget about those treaties that prevent war in outer space. Players can move about in full 3D — truly full 3D, as you’re not restricted by silly little things like gravity. Fire heckin’ big guns in chaotic battles centered on crumbling space stations and other stellar scenarios! Boundary comes to PC and PS4 later this year.

Meanwhile, John Wick Hex lets you live out your assassin fantasies in colorful style. Plan out the perfect takedown in a room full of mooks. Once you’ve defeated them, you can watch a full-speed replay of your deadly moves! John Wick Hex comes to PS4 on May 5, 2020, and PC players can grab it on sale at the Epic Games Store right now. 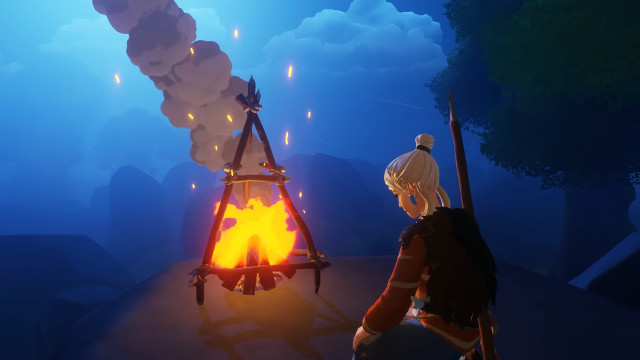 If you’re not big on super-serious games, you haven’t been left out.

Biped is all about a pair of adorable robots returning to Earth. A galactic anomaly has shut down important tech on the planet, so you and your buddy have been sent down to the planet to figure out what’s wrong! You’ll be able to tackle these devious puzzles by yourself, too, so don’t worry if you don’t have a friend to come along for the ride! Biped launches on April 8.

Going Under tells the tale of a scenario many of us are all familiar with: the internship from hell. While Jackie thought she’d scored a sweet marketing internship, she instead finds herself assigned to the basement to beat up monsters and keep productivity up! You’ll be able to play Going Under sometimes in September 2020.

Finally, Windbound is a colorful adventure that evokes memories of Breath of the Wild. Kara gets separated from her tribe and washes up on an island filled with the remnants of a long-gone civilization. While you’ll focus on survival at first, you’ll soon be exploring this fantastic new land. Windbound graces the PlayStation Store on August 28, 2020.

And that’s it for the new PS4 indies! This neat mix of games will be coming to you soon in the coming weeks and months — there’s sure to be something you’ll love!

Boundaries are made to be broken.
Games 4 years ago

Imitation is the sincerest form of flattery.
News 7 years ago

The competitive edge.
Tech 5 months ago