The landscape of game videos on YouTube has been in turmoil for a while now. Companies constantly take down videos for copyright infringement whether they deserve it or not. The process of disputing those copyright claims proves to be needlessly complex and often times futile. But Nintendo's understanding of the YouTube culture stands out more so than other companies. It takes down videos on a far more frequent basis, and the latest victim drives home the ridiculousness of the situation.

Nintendo recently took down videos on the YouTube channel of speedrunner PangaeaPanga. According to his tweet, "YouTube just wrecked my channel." Approximately 80% of his videos were taken down due to copyright claims from Nintendo, including the "Hardest Super Mario World Level Ever" video which had over a million views. Nintendo has sent emails to other YouTube personalities in the past explaining the decision to take down content, in which it details its rights and how they're affected by videos on YouTube.

Nintendo understands that its fans are the reason for its success, and we are always happy to see people share their passion for Nintendo's games. At the same time, Nintendo's intellectual property constitutes its most valuable assets, and the unauthorized use of these assets jeopardizes Nintendo's rights. Because of this, we ask that you please remove the video in question from your channel, and confirm that you will not post any videos using unauthorized software or copies of games, distribute or continue work on the modification, or take any other steps that would infringe Nintendo's rights. 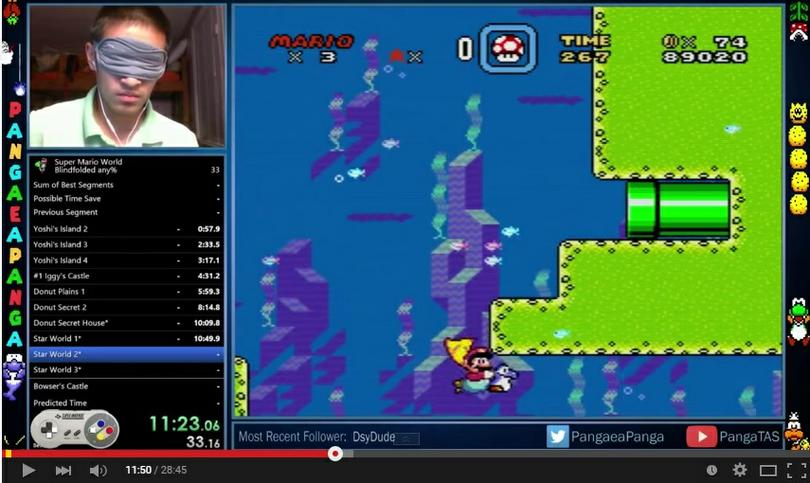 Many of PangaeaPanga's videos involved tool-assisted speedruns, which require emulators and ROMs. That likely explains why so many videos were shut down by Nintendo, but it also emphasizes a lack of awareness of context. I understand the company's desire to protect its intellectual properties, but its copyright claim strategies appear to be automated when they should be more selective. The aim of PangeaPanga's channel isn't to steal money from Nintendo and destroy the exclusivity of its IPs. But just one whiff of a ROM and it's copyright claim time.

It makes the future of speedrunning videos on YouTube seem a little more uncertain. Awesome Games Done Quick (AGDQ) and Summer Games Done Quick (SGDQ) videos always make their way to YouTube eventually, but what happens when Nintendo tries to copyright claim one of those videos? It's not a farfetched idea considering the company's history, but we all know the AGDQ and SGDQ speedruns are for a good cause. Even the tool-assisted speedruns with ROMs and emulators contribute to the overall goal of money for charity, but one can't help but wonder if Nintendo would even bother to do that kind of research before taking a video down. Actions first, questions later.

Perhaps the most frustrating thing about the whole situation is that it showcases a lack of foresight on Nintendo's part that goes beyond the specificity of speedrun videos on YouTube. It tries to take down all kinds of videos despite the fact that Let's Plays and gameplay videos often promote a product. I've purchased games numerous times after watching someone else play them in YouTube videos or livestreams. “Any publicity is good publicity” takes it to the extreme, but in a sense these videos often help Nintendo. Now it's up to the company to recognize that fact.

Technically, it's arbitration.
News 2 weeks ago

Trouble in paradise.
News 2 weeks ago

It's coming tomorrow.
News 5 months ago