From the beginning of Q-Games' PS4 exclusive The Tomorrow Children, your ultimate goal seems unclear. That's all part of the plan, according to creator Dylan Cuthbert, whom you might also know as the man behind Pixel Junk. After all, aren't a lot of things about life unclear, early on? We believe whatever we're told and accept the reality around us. Many people, if not everyone, will later wake up to some harsh realities.

So it goes with The Tomorrow Children. Dylan (he prefers his first name) tells me it's not even close to story driven, but, "[D]efinitely later on as you progress, there are things that will make you kind of question stuff. Initially you can treat it as a parody of Marxism and capitalism and the clash of the two. But it goes a bit deeper than that."

The Marxism vs. Capitalism theme he mentions is all over the place. It only takes the shortest glance around the town to feel like you're right in the heart of, well, a unique game for one thing, but one that is a definite hat-tip to Soviet Russia.

The idea for this look and feel? Actually came from the PS4's Share Button. Of course, it goes beyond this. Check out this part of our conversation:

Me: Any particular reason for that?

Dylan: Because we're doing it with Sony.

Me: When you say that, were you already making it and they walked in and stamped their approval on it, like "This is good enough for Sony! NOW we'll help you out," or was it like, Sony tapped you to make a game, so you're gonna do it.

Dylan: It was more a collaboration from the beginning. We made the Pixel Junk games, and I wanted to make a much bigger game, because we've always had very good tech. You know, we did the visualizers and stuff for the PS3, like the backdrop and stuff.

Me: I did not know that you did that.

Dylan: Yeah. So we did stuff like that. We've done stuff for Nintendo as well like 3D stuff. We've been doing that kind of thing. So two years before the PS4 came out, we were told what it would roughly be like, and we said, well, "That sounds like a pretty good chip set to exploit. So let's try and find a way to really use that to its fullest."

Me: And did you already have this game concept in mind before that point?

Dylan: I got it from the concept of the PS4 itself: the Share concept.

Dylan: *Laughs* Exactly, yeah, yeah. The only direction I had from Sony was "Oh we have a Share Button. It'd be great to have games that somehow use this," and that was it. And I just thought about it for a bit. Pixel Junk Monsters is very much a collaborative game, people love the co-op side of it. So I thought about taking it further and making this expansive co-op game where you're sharing the entire environment, the entire town.

But while Siberia and the Communist Manifesto are all well and good, Q-Games doesn't want anyone to feel intimidated by this game's online-only nature. 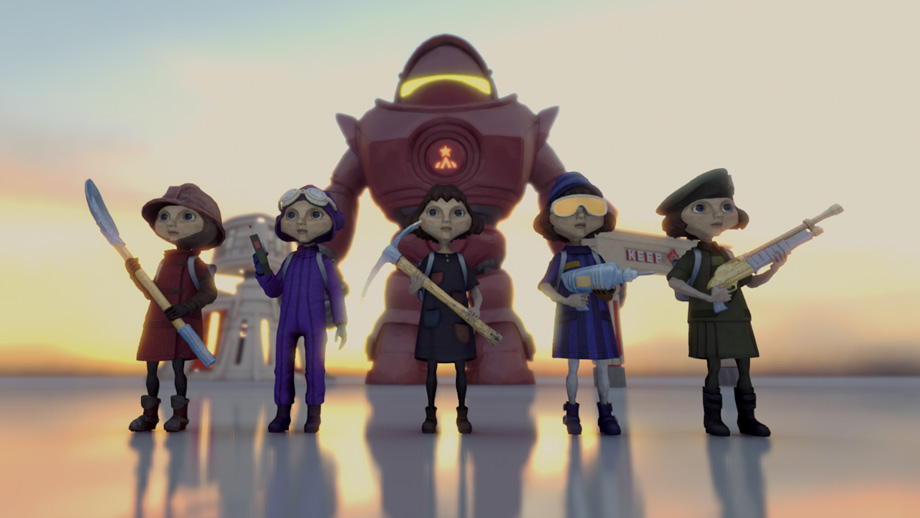 Dylan: But at the same time, not making it like a standard multiplayer game, because if you have that, where you see people all the time, you get that multiplayer peer pressure problem because you're always being looked at. Some people get uncomfortable. So if you're just standing around (playing at a relaxed pace) and looking around and going "Oh I wonder what that is," someone could be looking at you going "Who's that idiot?" It creates this fear and peer pressure–

He told me of playing Call of Duty with friends and relatives, how someone not quite as skilled at the game might get laughed at or shamed. People with lower skill levels or less experience might hesitate to pick it up again after the first try. Not so with The Tomorrow Children.

In The Tomorrow Children, asynchronous players cooperate online to build and maintain a town. They can do this in all kinds of ways, with no real "right" or "wrong" way to play. The motherland encourages and celebrates any and all labor, as if with a hammer in one hand, sickle in the other.

Players can work on defense against monsters, stockpile resources, make buildings, run on a treadmill to power the town, or any number of other things that help make the city become the greatest it can be. No matter how awesome you are, whatever you do helps.

Unless you want to be an asshole. Players can also wreck shit if they want to. This, like everything, opens up a job in town: to protect it from assholes. And so it goes. 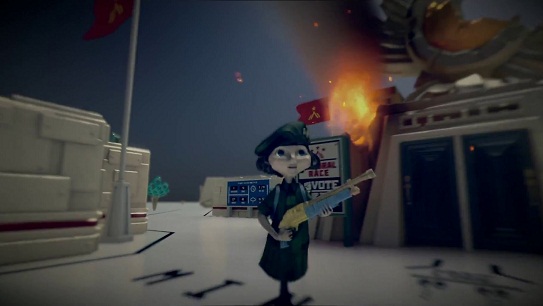 What happens when you reach a point where your city is a well-oiled machine that seems practically invincible? Dylan says that the game will constantly be growing, and that players can simply hop on a train and head to another town if they like. In fact, their walkie-talkie might buzz and ask them to do just that. You'll not be required to accept, but it adds to the list of things to do.

I'd be remiss if I didn't compliment the art style. The Tomorrow Children isn't a game that people will think of when it comes to "most realistic" visuals and such, but the game looks damn good. The artists went for a certain aesthetic and really went after it. The result is a game that looks entirely unique. For a lot of games — in some genres more than others — you might need time to think what game something is, exactly. But The Tomorrow Children is a visual great, in that you can look at it and know "Oh yeah that's The Tomorrow Children right there," without a doubt and in like one one-hundredth of a second. 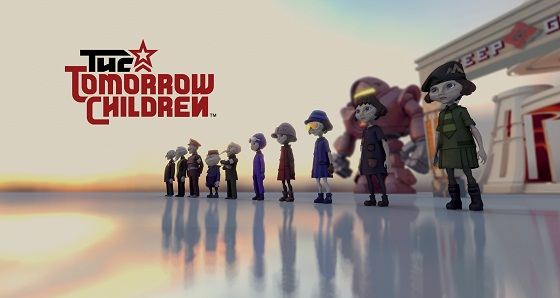 For now, The Tomorrow Children is only planned for a digital release. I asked Dylan if there might one day be a physical version, to which he responded, "There could be. There's definitely talk about it, but there's nothing confirmed. It seems like it would be fine. It definitely has the content. It isn't your typical download title."

I enjoyed what I played at the 2015 Tokyo Game Show, though 15 minutes isn't really a lot of time to get very far into a game that combines elements of tower defense, Sim City and MMOs. There's no release date on this game yet, but Q-Games is saying "soon."

A holy reunion?
Games 6 months ago

It's almost time.
News 7 months ago

The Last of Us Part 1 PS5 Remake vs. PS4 Remastered Changes and Differences

Is The Last of Us Part 1 worth full price?
Originals 8 months ago