Tom Clancy's The Division substantiated itself as one of the hottest upcoming games of 2016 over this past weekend and hundreds of thousands of gamers converged to enjoy a preview of the game in the form of its Closed Beta. It was capable of achieving significant popularity across discussion forums, social media, and live streaming websites showing that Ubisoft's ambitious third-person shooter could end up being a big hit.

While many impressions of The Division's Closed Beta have been positive, there's one glaring issue that has some PC gamers on edge.

Just one day into the long-awaited beta word got out that The Division doesn't perform server-side checks on many of its network transactions. Thousands of cheaters would run rampant across The Division's competitive Dark Zones before the weekend would come to a close.

Among the client to server exchanges, health, currency, recoil, and inventory are presently not backed by validation. As a result, players are quite easily able to manipulate their characters and gameplay to exploit the system. 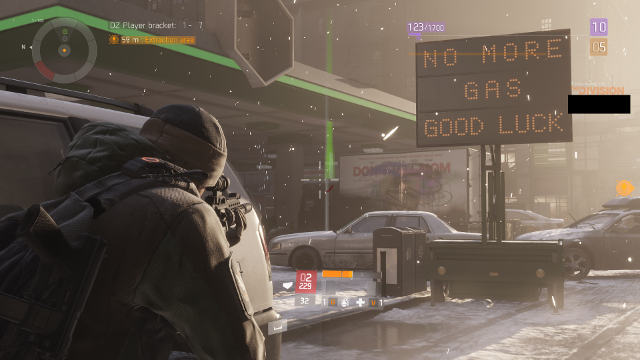 Traditionally, servers are responsible for checking the state of player health, ammunition, and more to ensure that variables aren't tampered with or corrupted due to memory errors. The Division skips the step entirely in its present state, optimizing traffic due to lower overhead, but jeopardizing integrity in the process.

Perhaps the most prevalent cheat is infinite ammo, which allows a player to not only continue firing on opponents without having to scavenge for more supply, but are able to continue fire without reloading. With some simple adjustments to client-side files, thousands of players were able to avoid the inconvenience of reloading over the weekend.

While ammunition and health cheats have been the most popular options for cheaters, aimbots and wallhacks were also encountered often during the beta weekend. Below you can watch footage of one cheater destroying enemies with his arsenal of cheats.

This issue is specific to the PC version of the game, resulting in some players rethinking which platform they'll be purchasing The Division for. Take for example Gamer42003 on Reddit who posted the following comment:

I am seriously considering cancelling my PC pre-order and getting it for the PS4, which is disappointing because I really wanted to play on PC.

Ubisoft is well aware of the situation, and one of its developers shared during a stream over the weekend that the development team is working on implemented server side checks and anti-cheat software before launch. That message was later reinforced by community manager Hamish Bode.

With The Division's March 8th release date quickly approaching, it's questionable how effective the late-implemented anti-cheat measures will be. It's possible that they'll be ready in time to test in the Open Beta, but if they don't, then Ubisoft might end up stress testing its anti-cheat on live servers.

The Roadhog nerf needed to be bigger.
News 6 days ago

The world is ending.
News 2 months ago