Batman: The Enemy Within Review-in-Progress: Riddle Me This

Batman: The Telltale Series was intriguing to me in several ways that I didn’t expect. I didn’t anticipate the flipping of one of Batman’s most seemingly innocent characters into one of the major villains of the season, nor did I expect to be able to be as forthright as Batman or Bruce Wayne as the game allowed me to be. I had my issues with some of the decisions forced upon me, but all in all it ended up surpassing my expectations and entertaining me far more than Game of Thrones was able to. For that reason, and because I’m a lifelong Batman fan, I was anxiously anticipating Batman: The Enemy Within.

Having completed the first episode (a full review is coming later) it’s clear to me that this season is going to be even bigger than the first one, with an explosive beginning to the story filled with sharp turns and twists that I didn’t see coming. Some were personally frustrating to me, and others I was glad for. If you’re also curious about how this season will likely fare, read on.

Editor’s Note: This preview contains spoilers for the first 45 minutes of Batman: The Enemy Within. 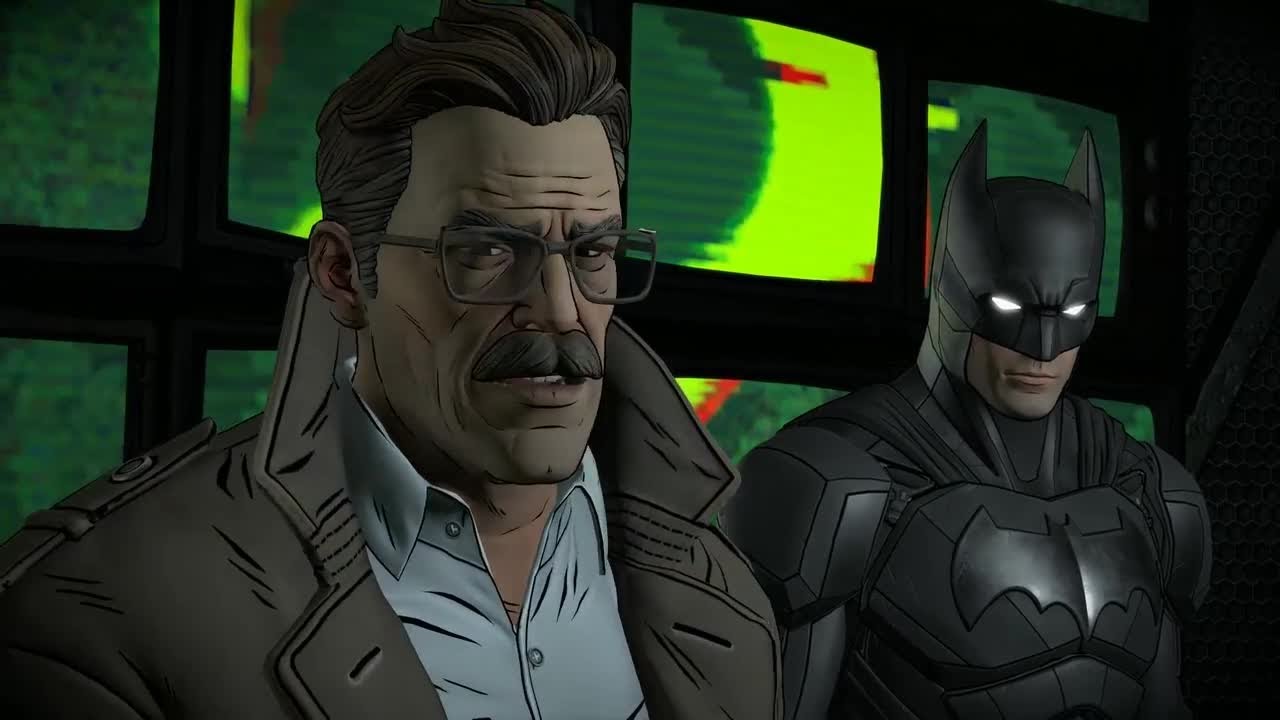 Though the previous season ramped up Arkham Asylum patient John Doe as the next enemy to come down the line, The Enemy Within opens with Riddler terrorizing a former business contact in a casino where Bruce Wayne is also hobnobbing. He’s a haggard, tired-looking Riddler who was in business as early as when Thomas Wayne and Falcone were running Gotham. His return to crime in Gotham finds him trotting out some admittedly tired riddles as he dishes out violent ends to all who oppose him.

It feels very much like Riddler is a prop or a tool for some other larger player as he makes the scene, tangles with Batman for a brief section and basically gets his butt kicked, and whinges about how Gotham is his city. He does end up leaving Batman with a bizarre puzzle box. Aside from looking like it’s got a bunch of fidget spinners on it, Batman is able to figure out that if he fiddles with it enough, it can turn into a record he can play in the Batcave. But it still holds secrets that he’s not quite sure he can figure out on his own.

Of course, top Agency muckety-muck Amanda Waller has now insinuated herself into the investigation Riddler’s reappearance, which wouldn’t be so big of a deal if she weren’t so insufferable. Yes, this is the very same character you may be familiar with if you follow DC Comics or even the recent Suicide Squad film. She and her goons are poised to be an integral part of the episode and season overall, and it’s difficult to walk the line between staying loyal to Gordon and letting the Agency have information it can use to capture Riddler going forward. They love to walk all over everyone in the room, with new character Agent Avesta going so far as to try to psychoanalyze Batman in front of Commissioner Gordon and everyone involved, which I quickly struck down as the Dark Knight. 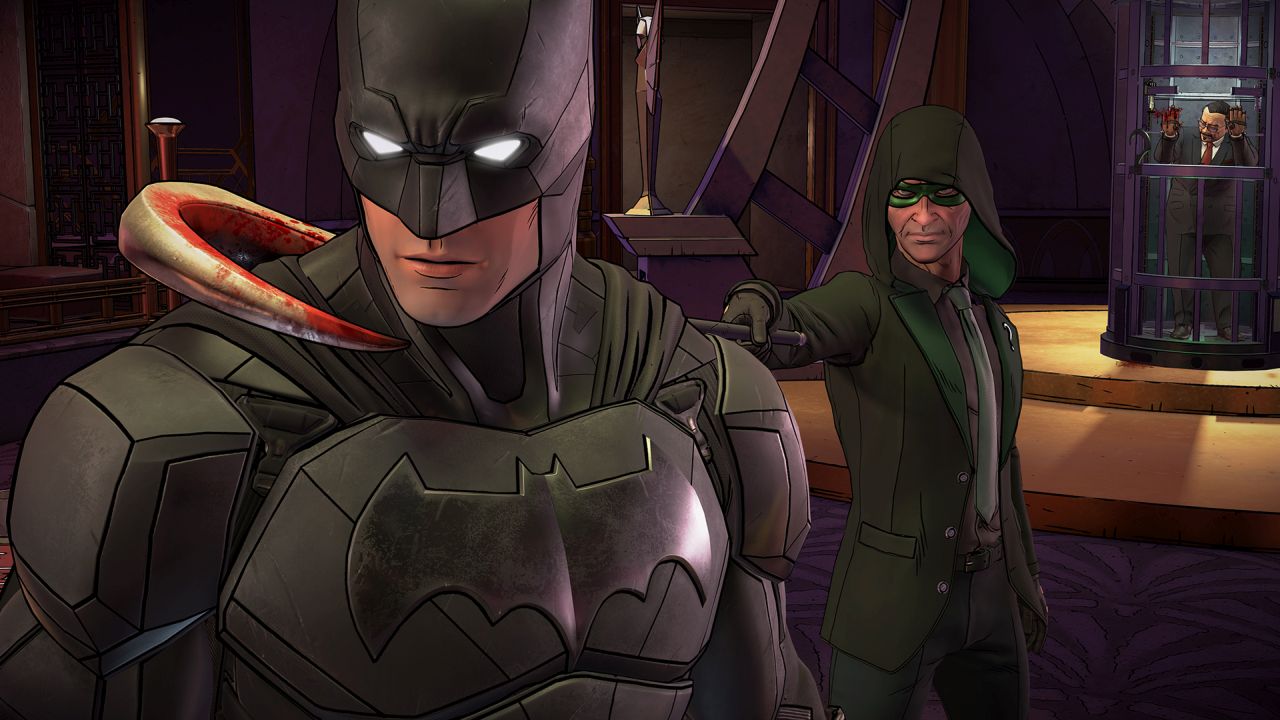 But there’s still the matter of Riddler’s puzzle box, which has some sort of wave technology embedded at its center that doesn’t make any sense to Batman. He decides to let his faithful companion Lucius Fox have a go at it, who’s happy to tinker with the box, but not before his daughter Tiffany Fox makes the scene.

A new character for the season, she’s obviously an intelligent young woman, but one of the most obnoxious additions to the game I’ve seen thus far. It appears she’s going to start working with Bruce at Wayne Enterprises, which is how we’re introduced to her through Lucius. It appears she may even know more about the puzzle box’s technology than her father, but you’ve got a choice of whether you want to involve her in Batman’s affairs or not before the episode ends.

Agent Avesta does reappear in your office as Bruce Wayne in an attempt at what looks like implicating Bruce in the recent reappearance of Riddler, and I didn’t appreciate her tone, which was a far cry different from what she used with Batman, for good reason — she knows better. I appreciated the straightforward and sometimes rude options I could take with Avesta and other characters who just needed to be told like it was. Not everything requires kid gloves, and I loved being able to be as brutally honest and real as possible when dealing with these new characters and situations. 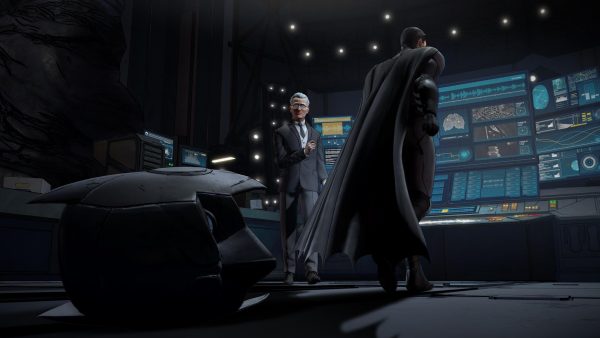 But there’s still a lot more to come. I’ve finished up the first episode, which I’ll have complete thoughts on for you next week, but until then just know this new season is starting off with a bang. Changes have been made for the better, and they’re very, very easy to discern. I can’t wait to see where the season is going to by the end, because I have a feeling some extremely interesting events are about to occur.

Batman: The Enemy Within PC PlayStation 4 Telltale Games Xbox One

Saints Row (2022) Interview: Volition on the Reboot Not Being ‘Gangster’ Enough, Saints Row 1 and 2 Remasters

There's more to the new Saints than meets the eye, says Volition.
Originals 6 months ago
9

I've got you in my sight.
Games 8 months ago

Warner Bros. Games has finally announced that the Gotham Knights release date will be October 25, 2022. Revealing the information…
News 11 months ago

Friends are family.
News 1 year ago