Hot Takes Friday is a column where the GR staff and community sound off with their strong, but perhaps unpopular, opinions. Let us know your thoughts on this week’s Hot Take in the comments section below!

Let me start by saying that I’m a massive Pokemon fan. I collected the cards, I watched the anime, and I played the original Pokemon Blue. Following that, I played every “core” and “non-core” Pokemon game out there, and still remain committed to Pokemon Go. I like Pokemon a lot, don’t get me wrong, but holy hell, it needs an injection of innovation. How many remakes and remasters can Nintendo push out before the fanbase says “No!” and demands something better?

I get it, nostalgia is a powerful thing, but surely I can’t be expected to get excited about Pokemon Let’s Go and traveling around Kanto — albeit a much prettier version of Kanto — for the fifth time?! I’ve played through Blue, Gold, FireRed, and SoulSilver, all of which feature a version of Kanto, and now we’re getting it again!

While I appreciate that there are new generations of Pokemon fans who haven’t played every game since Blue and Red, those of us with experience can see that Nintendo is once again taking the easy route.

It’s 2018 and we now have the Nintendo Switch, which has proven capable enough to render ridiculous open worlds in The Elder Scrolls V: Skyrim and The Legend of Zelda: Breath of the Wild, even in its portable mode. Ever since Pokemon Silver and Gold allowed players to revisit Kanto and earn a further eight badges — which, by the way, is on par with revisiting Shadow Moses in MGS4 as the best nostalgia-overloading moment in gaming — I’ve wanted to see multiple regions featured in a single game. Why can’t we have Kanto, Johto, Hoenn, Sinnoh, Unova, Kalos, and Alola all featured in a single title, with an additional, new starting region to explore? (There are also the regions of Orre, Fiore, Almia, Ransei, and Oblivia, which are featured in the non-core games!) 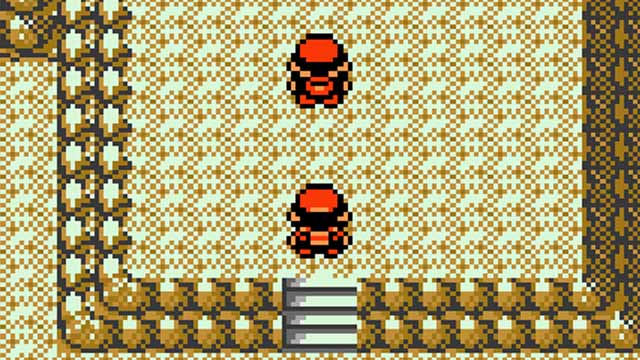 We could even follow the complete story of Ash, who journeyed to these regions and met new characters and Pokemon along the way. Hell, if you’re hungry for the extra cash, Nintendo, sell remastered Blu-rays of the TV series and movies alongside this game. Make Ash great again (#MAGA…?) and have us right the wrongs of him losing in his final Pokemon battle (WTF?!).

A Pokemon MMORPG may sound like it would overwhelm younger players, but Nintendo has a fantastic way of taking a complex idea and making it accessible to all, as most recently proven by Mario + Rabbids Kingdom Battle and its tactical RPG gameplay. Online interactions could be controlled with canned responses and by having microphone chat off by default. We’ve already seen online compatibility incorporated into battling and trading Pokemon, so why not open up the worlds themselves? It doesn’t have to be massively multiplayer, just something more than the current moping around on one’s own (or as a lonely pair in Let’s Go).

With another Pokemon game coming to the Switch in 2019, I’m hoping we’ll see real evidence of innovation. The console itself oozes potential, so there really isn’t an excuse. Come on Nintendo, show us something we haven’t seen before!

Pokemon Legends: Arceus Review: ‘My rose-tinted glasses are fogging up’

More of the same.
Games 1 year ago