Spider-Man PS4 Transforms Its Superhero Into an Errand Boy

Insomniac’s Spider-Man PS4 exclusive is arguably the closest a video game has come to replicating the feeling of actually being a superhero. While Rocksteady nailed its interpretation of the Dark Knight in the Batman Arkham series, Spidey’s balletic movement is second-to-none, and whipping your way through New York makes for a thrilling experience. However, like many other open-world games before it, Spider-Man falls victim to presenting players with an expansive sandbox to explore but filling it with very little to actually do. The end result is our titular hero being reduced to mundane activities, despite him apparently being in the peak of his web-swinging career.

Spider-Man reveals its hand within the first 30 minutes. After beating up a series of nameless goons, you’re then tasked with “descrambling” radio towers in order to make various collectibles and side missions appear on your map. Much like the game’s main story, these side-missions rarely deviate from punching men in the face or traveling from Objective A to Objective B.

Combat and movement both remain enjoyable throughout the game, though even as its story picks up the pace this gameplay loop remains largely unchanged. As such, the importance of the game’s story and its impact on its world is devalued, while Spider-Man as a hero is often left looking like an errand boy for the NYPD. 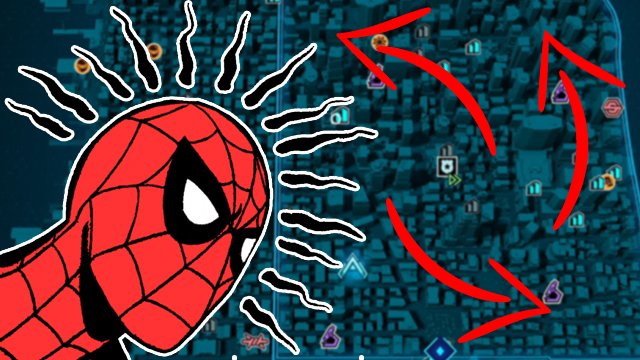 God of War is one of the better examples of an open-world environment done right. Sony Santa Monica scaled down the game’s open world and gated off its more interesting environments, with the studio overlooking free movement in favor of dangling a carrot ahead of its players towards its various diverse locales.

Kratos wasn’t planted in Midgard with all the collectibles highlighted on his mini-map; as God of War‘s story advanced, so did the player’s ability to navigate its world. On the other hand, in Spider-Man players are immediately given an expansive playground to swing around in, with this freedom giving way to repetition in its very early stages. If you’re able to visit the far reaches of a map as soon as you start out, then you’re going to need an abundance of things to do within that space in order to keep it feeling fresh. However, like so many open-world games, this is where Spider-Man falters significantly.

You collect backpacks. You investigate weird gases for Harry Osborn’s “passion project.” You carry out drug busts. Spider-Man has always been New York’s protector, though as the Stark Tower looms over you, it’s difficult to not feel as though you’re doing chump work while the real heroes are presumably elsewhere.

You can drop down and interact with the city’s civilians, with each of them greeting you with an appropriate level of awe, but aside from the main story, Spider-Man is basically doing the NYPD’s job for them. He’s a police officer in a tight spandex suit.

Spider-Man feels like a one-man army, with him able to take down swathes of enemies on a whim. Insomniac encourages stealthiness in various sections, though on a medium difficulty setting this instruction can be completely overlooked in favor of diving in and taking down everyone with a series of well-timed counters and finishing moves.

Unlike the Arkham series where Batman could be overwhelmed by a sizable batch of armed henchmen, Spider-Man can routinely take on waves of enemies without suffering so much as a scratch. Yet despite this power, all of his time away from punching his incompetent rivals is spent performing odd jobs around New York.

The Eight Long Arms of the Law 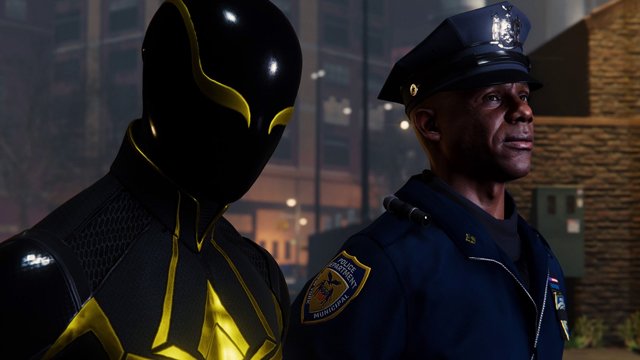 Spider-Man features an older, more mature Peter Parker, yet there’s really no difference in his attitude when compared to younger interpretations of the hero. He still has his struggles with Mary Jane (the woman, not the drug), is a failure career-wise, and feels like a burden on his ever-suffering Aunt May. Likewise, the tasks you’re asked to perform throughout Manhattan are also in keeping with a Spider-Man who is just stretching his webs as a superhero, not one who has already fought alongside the Avengers.

While the main story features various potentially cataclysmic events for New York, when Spider-Man goes back to swinging through its open world, he’s once again just a guy tuning into police radio frequencies and stopping small-scale robberies. The police solving all of New York’s crimes obviously wouldn’t make for an interesting game, though Spider-Man‘s world remaining unaltered throughout its duration undermines the importance of its story.

In Batman Arkham City and Arkham Knight, the presence of Batman’s Rogues Gallery ensures that even when you’re taking part in side-missions, they’re intertwined with the overarching story of the game. Gotham is in a state of emergency, and these villains are utilizing this chaos in order to carry out their own schemes amidst the anarchy. On the other hand, Spider-Man‘s world keeps on ticking regardless of what terrorist attack Mister Negative has initiated, and side missions can quite literally see Spidey assuming the role of a private investigator in order to spy on a woman’s husband.

It’s fun to swing around the vast expanse of New York City in Spider-Man, but its lack of substance and motionless make the hero’s actions feel unimportant. If you’re mostly reduced to doing the legwork for the police, then what separates this older interpretation of Spider-Man from the hapless dork we’ve seen in countless Spidey origin stories? Despite him having access to the full range of his superpowers, Insomniac’s Spider-Man might as well go back to delivering pizzas.

Play has no limits.
News 2 months ago

Spider-Man Remastered PC Review: ‘The Most Spectacular Version of the Web-Slinger’

Swinging through NYC has never been so smooth!
Games 6 months ago