A common misconception regarding video games is that the final level is the best one. But the best opening levels in video games puts paid to such a notion. It’s true that this last stage is meant to represent a culmination of gameplay mechanics and tests everything players have learned throughout the course of their adventures. In the 21st century, however, the medium has grown wider in scope and adopted a film-like quality that rivals some of Hollywood’s biggest blockbusters thanks to some of its entertaining, bombastic first impressions.

Keeping this in mind, games with large production values do their best to match the captivating opening moments of a memorable motion picture to encourage fans to keep playing. The following are video gaming’s best opening levels so far, each one serving as an example of how to engage audiences from the get-go and get them invested in a title’s characters before they actually get to shoot anything. 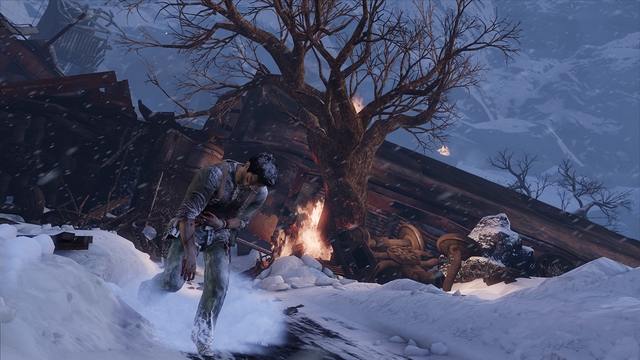 Uncharted 2 starts off with protagonist Nathan Drake literally clinging for life on the rail of a dangling train carriage. A sense of urgency is immediately placed upon fans to control the wisecracking adventurer to safety, navigating across tubes, ledges, and seats in order to reach the cliff. As the train begins to slip away into the snowy depths below, a truly spectacular Indiana Jones moment occurs that sees Nathan Drake barely make it out in one piece. Dumb luck seems to be Drake’s best friend, so including an instance of it in Uncharted 2‘s opening moments seems appropriate. 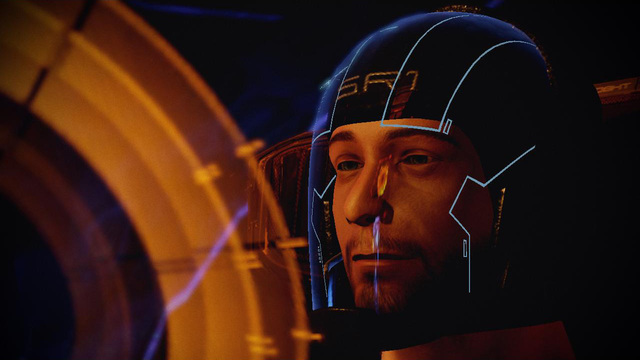 Mass Effect 2 launches with the beloved SSV Normandy in disarray as a mysterious entity attacks the spaceship with a volley of laser blasts. A lot of the crew manages to escape, but the Normandy’s pilot, Joker, refuses to abandon his post. As Commander Shepard, players must navigate across the destroyed vessel to convince the man to leave with him or her.

After dragging Joker out, Shepard places the pilot into a pod. Another barrage of lasers strike the Normandy before the commander can secure him or herself inside the pod, thus sending the leader flying across the vast reaches of space, dying in the process. Thankfully, Shepard is brought back thanks to science, though the Normandy’s crew is forever scarred from what happened. It’s a good thing players have the rest of the title to find out who ordered the attacks to begin with.

Gaming’s Best Opening Levels – Prologue (The Last of Us) 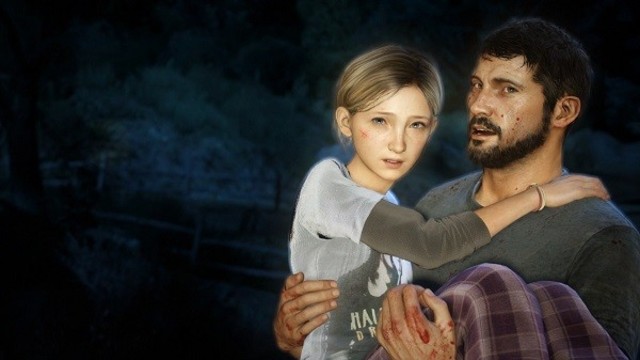 Naughty Dog somehow manages to outdo the opening of Uncharted 2 with The Last of Us‘ initial chapter. In it, players control Joel’s daughter Sarah just as the Cordyceps fungus breaks out in Texas.

From the outset, it’s clear that a tragedy will befall this family. Despite the predictability, fans can’t help but feel an overwhelming amount of grief by the time the sequence is over. There are few bonds that are stronger than that of a father and his child. It’s this inherent truth that makes The Last of Us‘ opening painfully endearing to watch. 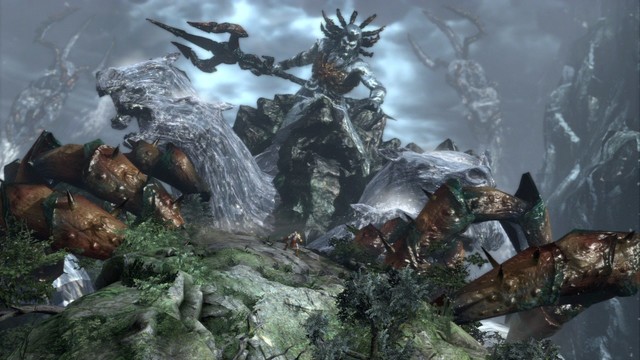 The screenshot above doesn’t do God of War 3‘s opening sequence with Poseidon any justice. Players take on the role of Kratos as he leads a coup against the gods of Mount Olympus atop Gaia’s shoulder. All manner of beasts show up to challenge the son of Zeus, but none are successful. Seeing this, Poseidon decides to take matters in his own hands and faces Kratos head on, taking on the form of a massive being surrounding by aquatic horses and crustacean legs.

The sheer size of it all is still impressive given our technological advances today. It makes one wonder how Sony’s Santa Monica Studio managed to create such an epic opening in the first place. 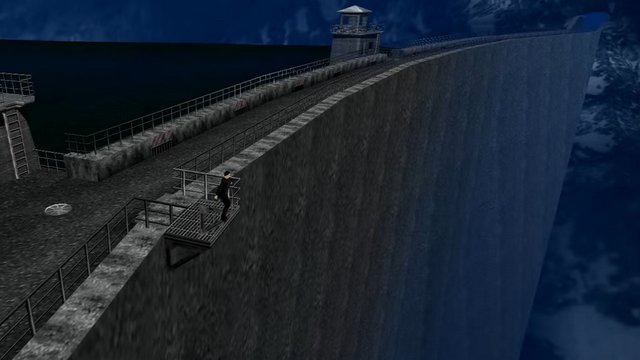 Taking a page from the movie it’s based on, GoldenEye 007 begins by having fans take over a dam before stylishly diving off the top of it. This opening level cleverly introduces players to the first-person shooter mechanics that define the game, the likes of which include taking out armed guards and stealing their weapons to use against other enemies. It helps that throughout the level, a phenomenal soundtrack is playing that makes one feel really like a secret agent. The iconic jump at the end is just the icing on the cake. 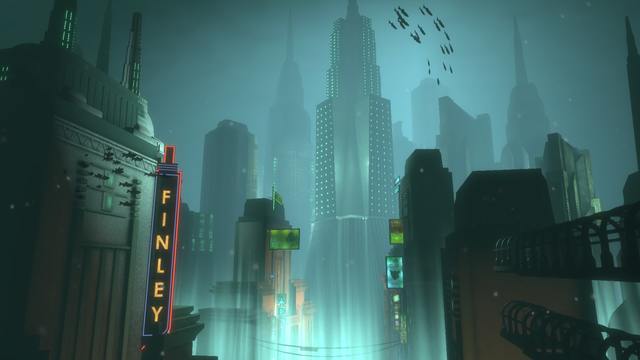 Bioshock‘s introduction to the world of Rapture is hard to forget. As Jack, players must swim to a lonely lighthouse sitting in the middle of the Atlantic Ocean after narrowly avoiding death via a plane crash. Once there, fans will enter a Bathysphere submersible and travel underwater. A projection explaining some of Andrew Ryan’s philosophies will play, alluding to the dangers that await users once they reach their destination.

Soon after, Rapture reveals itself. This breathtaking moment seems almost sinister in hindsight, though it’s hard to shake the feeling of adventure one gets when witnessing this new world to discover. Novices should watch their step when they get off, as murderous Splicers are eagerly waiting to hunt you down and tear you to pieces. 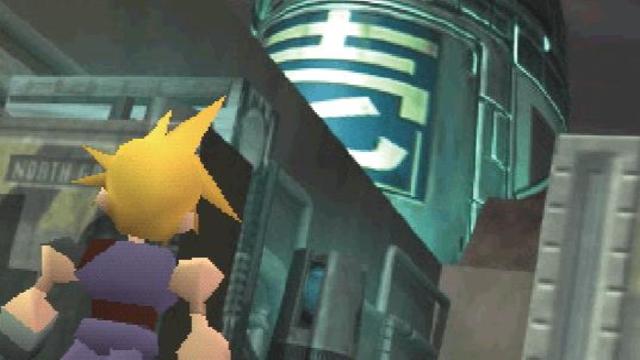 Final Fantasy VII opens with a mysterious mercenary named Cloud Strife disembarking off a train and immediately cutting soldiers open with his gigantic broadsword. He and his partner Barrett are tasked with reaching Midgar’s Sector 1 Reactor to place a bomb. The enemies don’t let up and a menacing Guard Scorpion shows up to further deter Cloud and his crew.

Once the spiky-haired protagonist does manage to place the explosive, players are given 10 minutes to escape. This breakneck speed makes Final Fantasy VII stand out among JRPGs, as there are few games out there that manage to thrust players into their fantastical worlds as successfully.

Be it intense action or mind-boggling innovation, the opening sequences above have each managed to seize player imagination and continue to earn the admiration of video game enthusiasts to this day. One may think that these first few memorable hours make it hard for the games to live up to expectations, though thankfully each title on this list is worthy to be played entirely at least once. As gaming becomes more technically impressive and continues to immerse fans further into its worlds, it’ll be interesting to see how openings evolve to better subvert that which has been done before.

No one can hear you scream.
Games 9 hours ago
9

The 10 best (and worst) changes in Mass Effect Legendary Edition