Each one of Nintendo’s Smash Bros games feels like a celebration. From the original title on Nintendo 64 to today’s Super Smash Bros Ultimate, the company that brought us Mario, Pikachu, and Link insists that less well-known characters like Captain Falcon, Samus, and Fox McCloud also deserve the limelight. Despite the good will, it’s hard to deny that some fighters in the series’ suck to play. Suffering from poor movesets or generic design choices, the following are some of the worst Super Smash Bros characters ever conceived. They probably wouldn’t have made the cut today if it wasn’t for Sakurai’s brutal self-imposed work ethic.

Keep in mind that the following is not a Smash Ultimate tier list. Rather, it’s a look back at some characters that simply made no sense at the time of their introduction to the series and continue to be, in some respect, just as uninspired today. 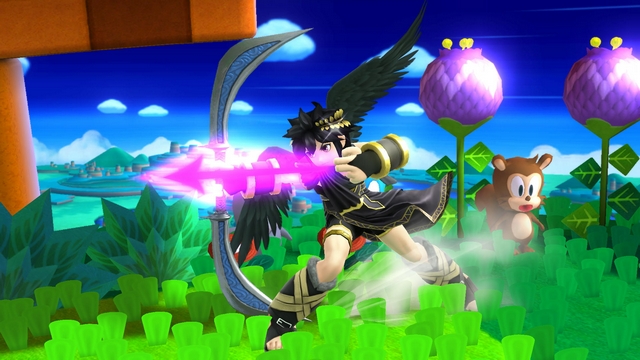 One of life’s many wonders is why Dark Pit is a fighter in the Smash Bros series’ Wii U, 3DS, and Switch iterations. The character is practically a carbon copy of regular Pit, albeit a little edgier. Dark Pitt’s inclusion in the franchise feels more criminal than Falco, Dr. Mario, or Lucina, as his moveset is 95 percent identical to the character he’s based off of. At least these other clones have different hitboxes. Fans may want to stick with plain old Pit if they intend to main the character in Ultimate. His Final Smash is a lot cooler. 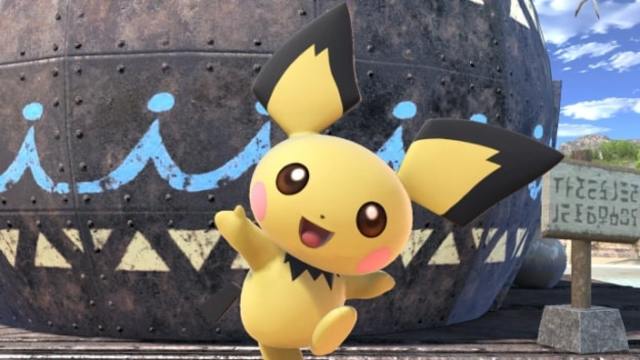 Within the Smash Bros community, Pichu is considered the worst fighter to have every graced the franchise. Meant to be a representative of the second generation of Pokemon games, it serves as a constant reminder of how unfair life is no matter what you try to do. In all seriousness, the pre-evolution to Pikachu damages itself every time it uses electric attacks. One would think that electric moves come second nature to an electric-type Pokemon, but logic doesn’t apply to Pichu.

The fighter’s recoil damage makes it very hard to combo or KO any opponent it’s up against. Even if players do manage to land a hit, the damage is so inconsequential that it’s almost pitiful. To make matters even worse, Pichu is one of the lightest characters in Melee and Ultimate, so it’ll bounce around stages with little effort. At least this Pokemon is kind of cute, right? 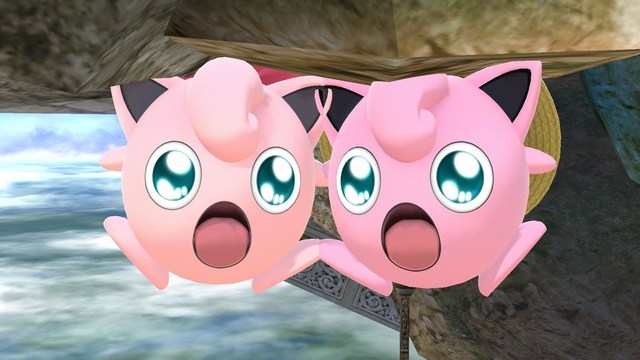 Jigglypuff is quite a capable fighter when it the right hands. Its down special move, Rest, is powerful enough to KO opponents that have only 25 percent damage. Its high knockback can be combo’d quickly in mid-air with Jigglypuff’s aerial moveset, giving players flexibility in how they can chain attacks. The singing pink puffball can prove to be deadly in the original Smash Bros and Melee, though in later iterations its laughably weak.

Rest is nerfed so dramatically in Brawl that it could only KO opponents who have 75 percent damage or more. In the series’ Wii U, 3DS, and Switch iterations, the move is slightly more powerful, though still not as fearsome as it was it the first two games. Without a potent Rest, Jigglypuff is borderline unusable due to it being one of the lightest characters in the franchise. This makes it easier for the “Balloon Pokemon” to go flying off the stage once it has a bit of damage. 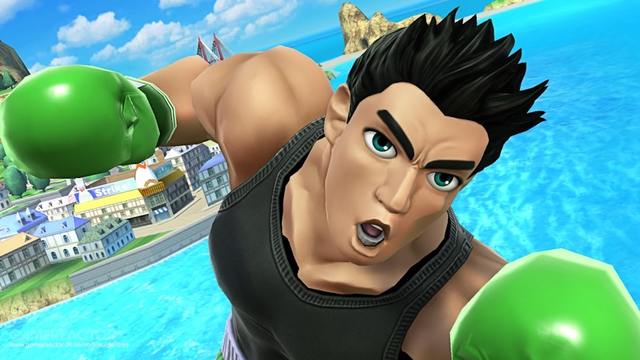 The star of Punch-Out!! finally got the acknowledgement he deserved when he made it to the rosters of Smash Bros‘ Wii U and 3DS entries. If his announcement trailer was anything to go by, the character was made out to be a devastating force capable of launching enemies into the air with only a couple of blows. Sadly, this is far from his reputation in the community today.

Little Mac’s greatest weakness in the Smash Bros series is his side B move. Using this flings the boxer’s body toward an opponent. While the move has the potential to deal out a great deal of damage when it lands, Little Mac flies off the stage if enemies manage to dodge out of the way in time. The character can commit suicide so easily that he’s too risky to use in important matches. Aside from this, he’s terrible to use in mid-air and has the worst recovery the franchise has ever seen, even with Ultimate now on the market. 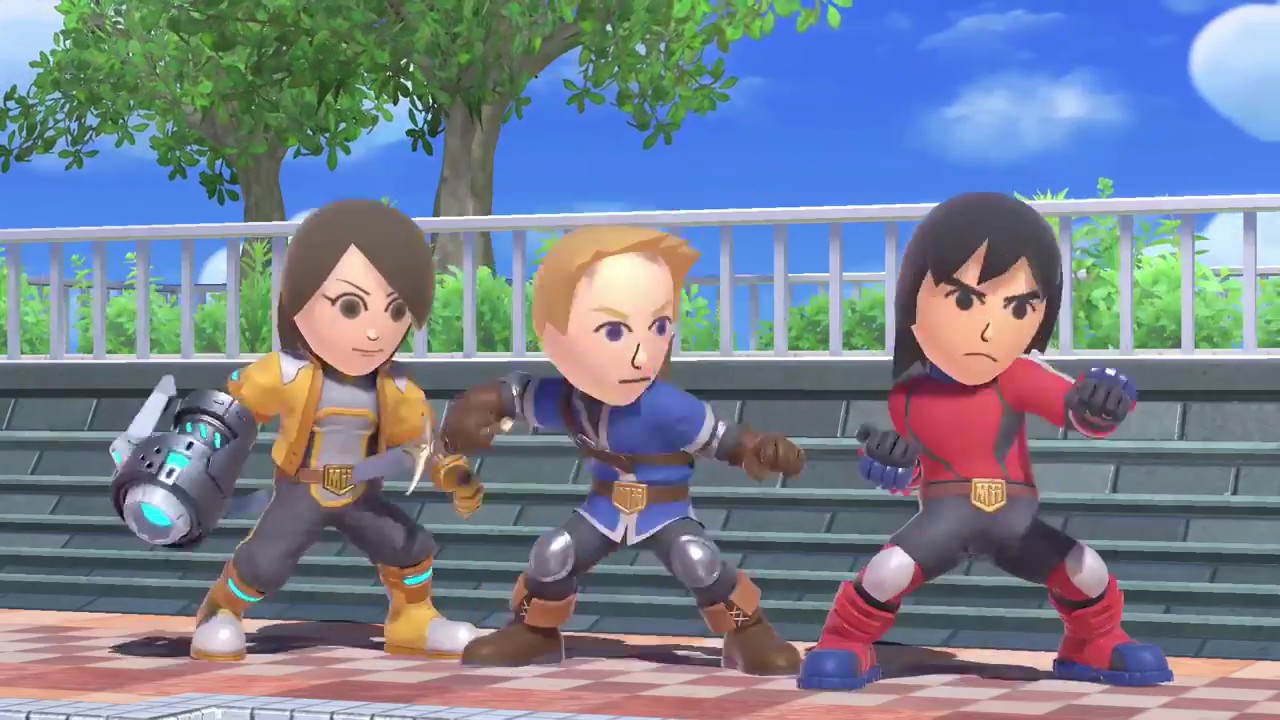 The Mii Fighters each embody a great concept. Since Nintendo can’t include every video game character known to man in the Smash Bros series, why not give players the ability to play as whomever they can think of? Celebrities, historical figures, and even your parents can all be included alongside mascots like Mario, Sonic, Mega Man, Cloud, and Ryu. It’s a win for everyone.

Unfortunately, these characters don’t live up to their promise. While players can use the Fighter, Swordfighter, and Gunner in local play, they can’t be used online with people outside of your friend group. This automatically limits the amount of practice time fans could have with each Mii.

The main draw of Smash Bros has always been how fun it is to play with other people. It would be an exaggeration to say that the characters above ruined the series because of how great the overall roster is. Rather, it’s safe to assume that a Smash Bros game lies right around the corner with every new console introduced to the market. It’ll be interesting to see how the franchise evolves going forward and what new fighters will be brought into the fold. Fans should try their best to play as every one of them, even if they do end up being just as useless as Pichu.

Splatoon character Min Min will become the latest Super Smash Bros. amiibo to be released when it hits retailers in…
News 11 months ago

Lay the smashdown!
Originals 1 year ago

Next month’s Super Smash Bros. Ultimate stream will be the last one

The sun is about to set on Super Smash Bros. Ultimate. The final Mr. Sakurai Presents stream is scheduled for…
News 1 year ago