[Best of 2018] Batman: The Enemy Within Fixed Telltale’s Biggest Problem

In September this year, the long run of Telltale Games came to a sudden and abrupt close. After revamping a whole genre for over 14 years, it canned its staff and upcoming games. From Bone to The Walking Dead, Telltale ended the way it began—with an unfinished comic book game series. But Batman: The Enemy Within was the team’s final completed product before the implosion and it was an incredible journey that finally fixed Telltale’s inability to give meaningful consequences to its players.

One of the reasons the studio fell apart was that its games were becoming predictable. Despite being sold on choices and consequences, branches were never quite that extreme. The ending would still play out almost the same every time and players had become wise to these shenanigans. Whether or not you cut off Lee’s arm or throw the Crooked Man into a well, it didn’t seem to have that much impact.

Batman: The Enemy Within fixed that. Six years and far too many licensed games later, the studio not only released its best game but also the game that should’ve followed Tales From the Borderlands. The ending of Telltale’s titles never changes but Batman‘s second season had different finales. It defied player expectations and crafted an experience unlike any other, which was entirely built on player choice. For real, this time.

Best of 2018 – Dance With the Devil in the Pale Moonlight 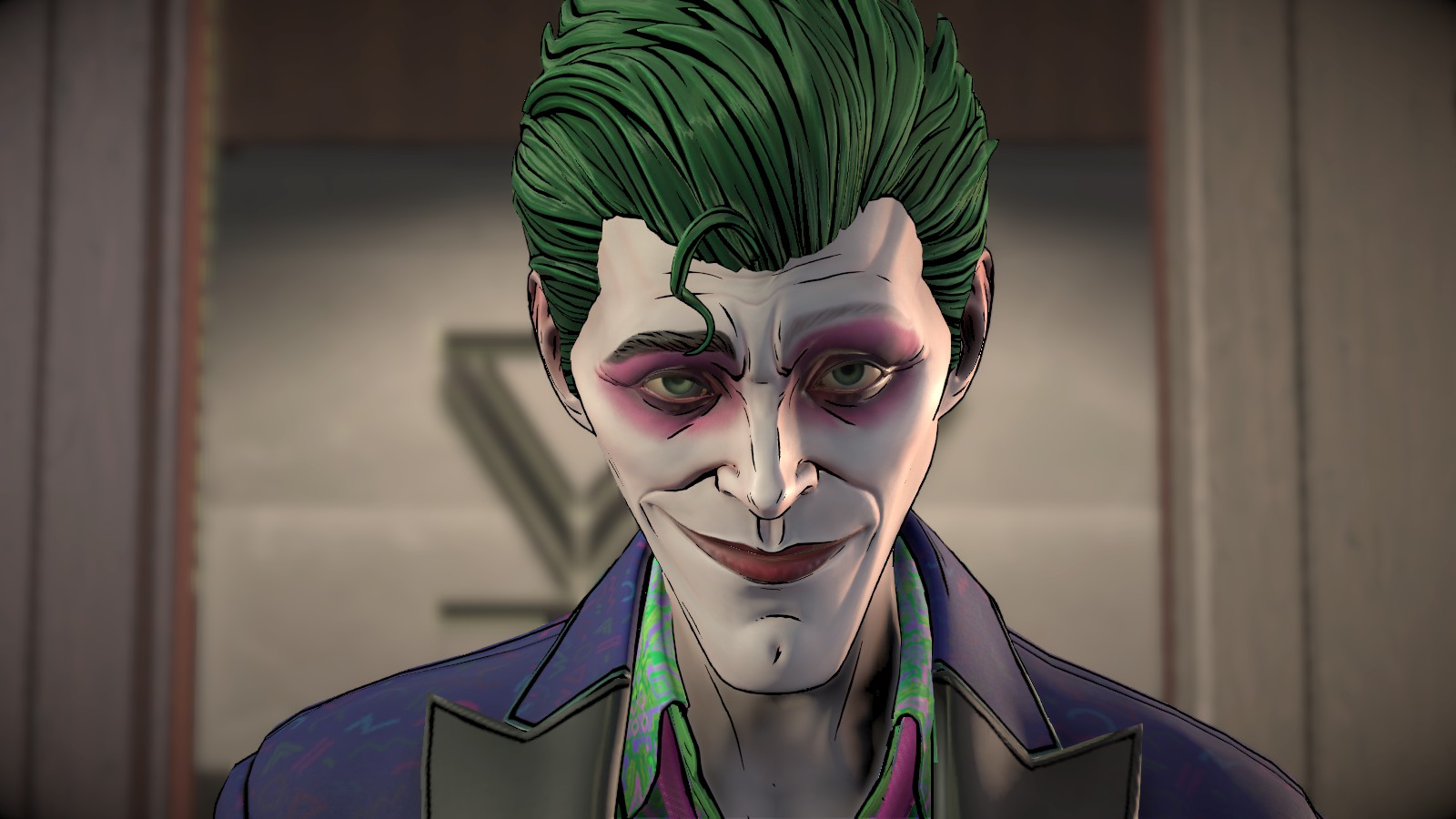 The story of Telltale’s greatest triumph begins with the fourth episode of Batman: The Telltale Series, the first season that came out 2016. Bruce Wayne is committed to Arkham Asylum, where you have the choice to strike up a friendship with a familiar man called “John Doe,” a devious pale-faced man with green hair and a wicked smile.

Of course this is The Joker, making a surprisingly small appearance for a villain of his stature, but the idea of Batman “befriending” his worst enemy was a compelling one. So compelling, in fact, that it became the driving force of Season 2, Batman: The Enemy Within. While the main story revolves around Batman’s attempts to stop The Pact, a group of his worst villains attempting to steal a deadly virus, the real ongoing narrative surrounds Bruce Wayne’s relationship with John Doe.

The entire season of The Enemy Within is about building and creating The Joker, but it’s a Joker of the player’s creation. You knew that this grinning imp was Batman’s worst enemy so maybe you kept him at a distance, and your efforts still ended with the full villainous Joker being unleashed. Then again, maybe you tried to prevent it, befriending, and supporting John at every encounter, even when surrounded by the bodies of his victims. Then you’d get a vigilante Joker, Batman’s best friend and craziest ally in the war on crime. 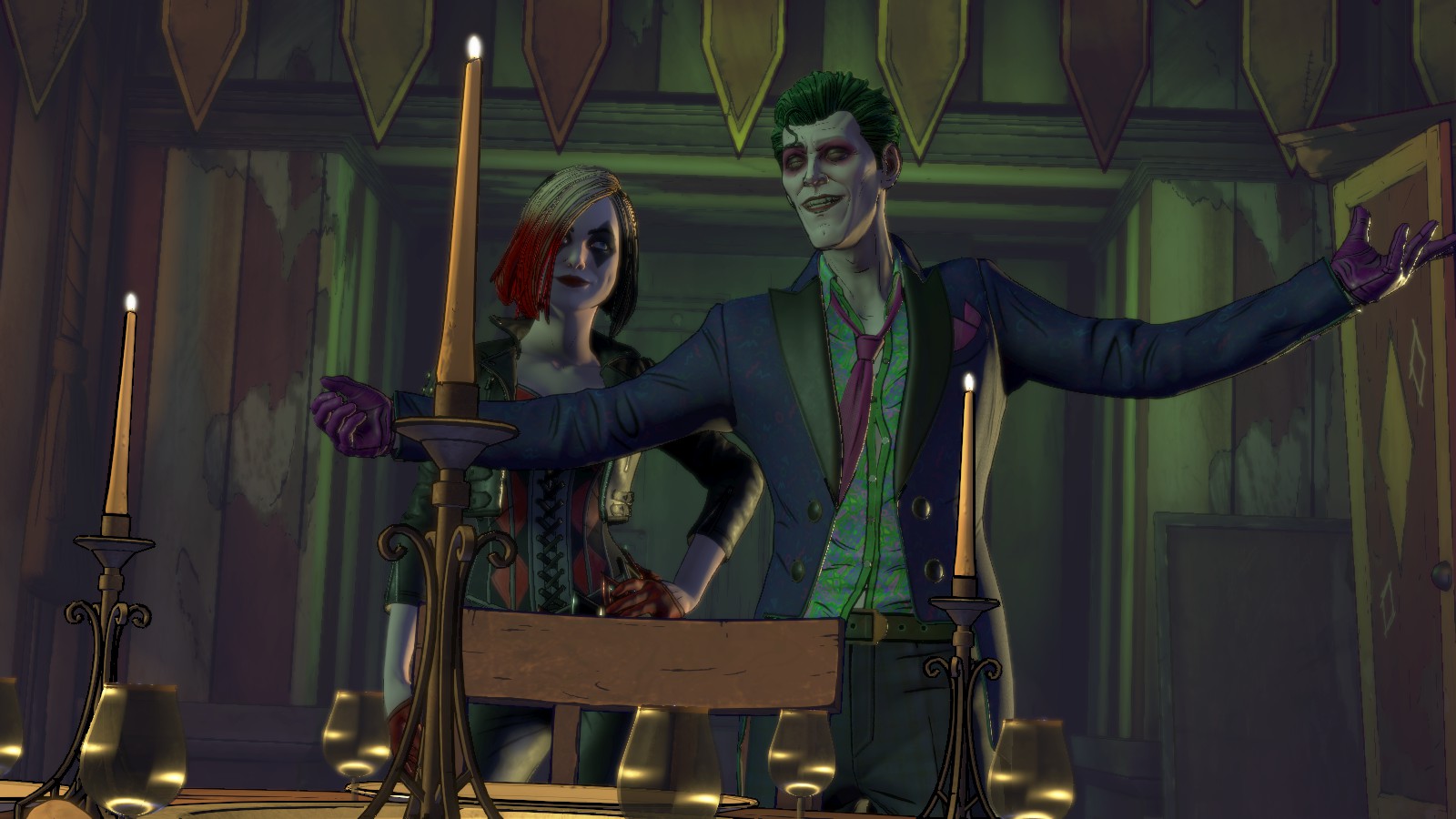 But this isn’t even the coolest part. The way Telltale actually did The Joker’s transformation finally saw the developer break free of the biggest criticism the studio’s games ever got. It wasn’t good enough for John Doe to be either good or evil in the final episode before wrapping things up nicely for a third season. Instead, Telltale took the hard route and made Episode 5, “Same Stitch,” completely different depending on the player’s choices.

Nearly every scene and line of dialogue was different depending on your previous actions. Even ignoring “smaller” choices, whether or not your Joker was villain or vigilante could change the entire episode. Major characters could be alive or dead, and whole elements of DC canon are thrown out the window depending on which path you played. The Suicide Squad, for example, only appears in the vigilante Joker playthrough. You may as well be playing two completely different episodes.

This is the magic of Batman: The Enemy Within, and something Telltale should’ve done from The Wolf Among Us and beyond. The first season of The Walking Dead may have won Game of the Year awards, but players immediately noticed that, despite all the choices and consequences, the ending remained mostly the same. Telltale ignored the complaint and continued doing its “rubber band” routine until all players could see the smoke and mirrors behind the games. 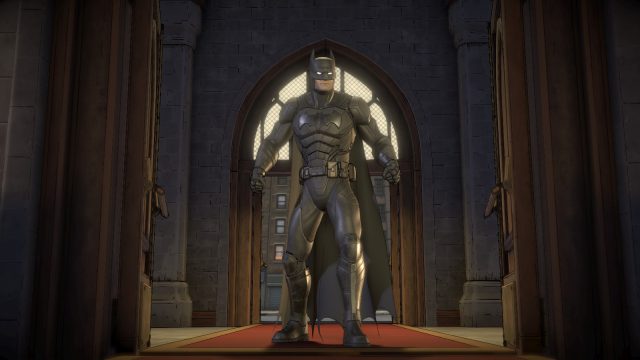 Batman: The Enemy Within may have partly launched in 2017, but its final two episodes were in 2018 and they’re two of the most important episodes Telltale has ever made. They showcase everything Telltale had been doing wrong up until that point, and exactly how it was starting to put itself on a better track. “Same Stitch” is, for the first time, built entirely on the consequences of the player’s decisions. That’s not only satisfying to experience, but it also fixed Telltale’s worst problem: that its games claimed to be about player choice, but weren’t. With the new graphics engine on the way, and The Walking Dead: The Final Season boasting a cool third-person camera, it looked like the studio was fixing all its issues.

Unfortunately, it was all too little, too late. Players had become wise to Telltale’s tricks, and felt like the studio’s games were just straight stories with a just few minor changes, and that sort of thing can be easily watched on YouTube. Why bother buying these games if they’re not truly going to play significantly different from what was streamed? This likely explains the sluggish sales that pushed the studio out of the limelight as most of its games could never quite hit The Walking Dead‘s levels.

The Batman: The Enemy Within team may have finally broken the Telltale formula, but the writing was already on the wall. Consequently, it was one of 2018’s best games and was criminally underplayed. It became the Telltale’s last full release, and despite doing everything right, the studio still shuttered.

Batman: The Enemy Within is one of the year’s finest games but it was also quite depressing. It showed that Telltale was finally on the right track yet crumbled before it could get going. Playing it once is worth it because of how great it is but playing it again shows how different it could be. This proved that the team finally fulfilled the promise its games were supposed to have. And while it may have happened too late to save the studio, at least the team managed to identify and fix its real worst problem before the end: predictability. If only it had happened a few years beforehand.

gamerevolution
batman the telltale series Batman: The Enemy Within best of 2018 PC PS4 Tales from the Borderlands Telltale Games The Walking Dead The Final Season Xbox One

The Wolf Among Us 2 and Telltale sequels we need ASAP

It's time for Bigby to return.
Originals 3 years ago
6

This is it. But is it good?
Games 4 years ago

It's time to get funky.
Originals 4 years ago