How Below Uses Terrifying Darkness in New Ways

Below has players exploring a labyrinth of caves and passages under a mysterious island. The caves are shrouded by an increasingly imposing darkness that hides the hundreds of deadly traps and hungry monsters that prowl these caverns. A lot of video games seem to be scared of the dark, rarely utilizing it to its fullest extent. But not only does Below use darkness excellently, it does so in a way that other games just haven’t tried.

The night is dark and full of terrors, or so they say. Yet in most games that have night cycles, nothing changes but a blue hue. Caves in real life can become incredibly dark as soon as you venture beyond the mouth. But most game caves are surprisingly well lit by torches, glowing natural life, and the heroes surprisingly impressive night vision. Video games are primarily a visual medium, and developers are scared to take it away what the players rely on most.

Some games have experimented with darkness in different ways. Perception depicts blindness as a dark screen, but for all the consequences, players are still in control of what they can and can’t see through a visual representation of echolocation. The nights in Dragons Dogma‘s plunged the world into incredible darkness, reducing the vision of the player to practically nothing. This forced the player to use items and magic to navigate in the gloom, or plan ahead and find safety before night fell. Other games that encourage this, such as Dying Light, didn’t punish the players with darkness but with the creatures within.

Anything Can Sneak Up On You In the Dark 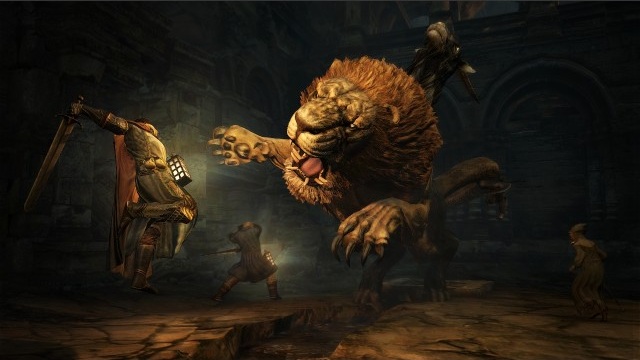 But Below‘s darkness is creeping. What begins as gray shadows progressively becomes a suffocating darkness as you descend further. It’s claustrophobic to see your vision draw up closer and closer to the hero, with more and more creeping darkness filling out your screen. You are left surrounded and vulnerable by the game’s unforgiving black depths. And yet still it gets darker. Before you have the chance to realize it, you can get completely lost in an incredible fog of shadows. Now you are relying on torches, lanterns, and enemies to provide light.

The caves of Below are filled with monsters, but they can be spotted in the dark. The early crystallized foes glow with a hostile red light that can twinkle in the corners of your darkened screen. These act as a warning for the player, but also a distraction. While you are navigating the darkness to avoid or confront this enemy, you might not be paying attention to where you’re going.

Traps force you to be more attentive. They litter the cave floor that can mean instant death for anyone that activates it. Some of them are seemingly harmless, but others are quite the opposite.

A lot of my time with Below was spent blundering into traps, paying too much attention to the things lurking in the darkness. Because it is not just enemies that glint and flicker in the darkness, but items as well. Below employs a hunger and thirst meter that means players will always have to be on the lookout for more supplies to sustain themselves. As your health dwindles and your hunger rises, spotting something out in the dark might be exactly what you need to survive, as long as you avoid the trap right in front of you.

This deception hasn’t been used much in games before, or at least not like this. The distinct lights of enemies and items gives the player the impression that they can see all the necessary information they need to. Like so many other games, the darkness can appear like nothing more than set dressing to make the game appear more moody. But that isn’t the case. The darkness actually hides some important information and makes you cautiously work around it to survive.

It Always Gets Darker 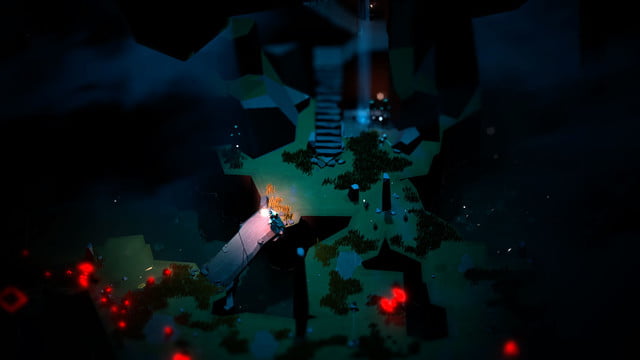 The most powerful item in a Below is a magic lantern that lets you easily detect traps as you approach them, but you each time you die, you have to collect it from your previous corpse. The game is already procedural generated, so each spelunking attempt is different, but the shadows moves closer to you and conceals more without the lantern. This makes even the beginning stages dangerous as the game constantly takes the one thing that can hold the darkness at bay.

Below isn’t scared of the dark; it revels in it. Unlike other games that always want to make sure the player can see everything they need to, Below hides itself from the player. But it uses this history of false darkness in video games to create the illusion that it isn’t. It might appear that you can see everything you need to in Below, from the enemies to the items, but there is always something more hidden, something it hopes you’ll forget about until it is too late.