The TurboGrafx‘s gaming legacy is a one that varies greatly from one territory to the next as it made no real impact in North America and Europe (where it was only officially released in France) but was highly successful in Japan. This was largely due to the system that was manufactured by NEC Home Electronics having released two years earlier in its native country. Like most consoles at the time, the TurboGrafix-16 had its own platforming mascot. However, instead of a mustachioed plumber or a 14-year-old with oversized hands, NEC and Hudson Soft (who designed the system) had a young bald caveman named Bonk that was fittingly the mascot of the now-extinct gaming console.

It was 1989 when the large-headed caveman made his debut in Bonk’s Adventure. In fact, his large head was central to the gameplay as Bonk would fittingly “bonk” enemies on the top of their heads with his giant skull in order to defeat them. The hard-headed protagonist was invincible as long as it was his head coming into combat with foes. Throw in meat that served as a power-up that made Bonk stronger, and you had a fittingly-themed platformer that saw Bonk battle dinosaurs of all sizes (and even get swallowed up by one in one of the game’s most memorable levels).

Bonk was a hit for Hudson Soft, and developer Red Company put out a sequel called Bonk’s Revenge just two years later. This saw the grandson of the evil dragon King Drool (the first game’s antagonist) debut as a baddie after stealing half of the Earth’s moon. This sequel mainly stuck to what worked, as it doesn’t differently from the first at all, but it did feature a new locale that had chicken-themed enemies.

Thankfully, the final entry on the TurboGrafx, Bonk 3: Bonk’s Big Adventure, had more to offer fans beyond its core mechanics. Bonk could grow and shrink by using candies (clearly sweets weren’t designed to be used by cavemen) and the title added in some enjoyable cooperative multiplayer. Since it released right at the end of the console’s lifespan, it’s actually quite a rare collector’s item.

Bonk tried to change with the times 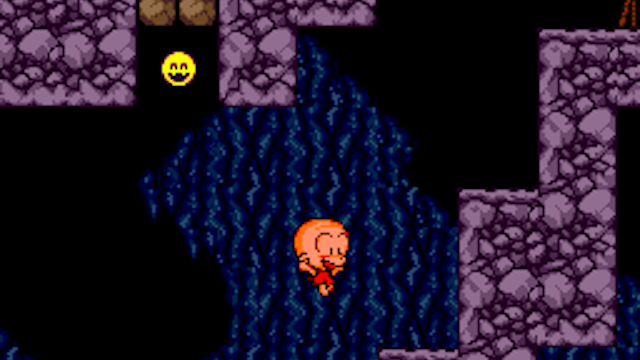 After the release of Sega’s Sonic the Hedgehog, Hudson and NEC felt like it needed a cooler, more edgy mascot. What better way to achieve this by putting a replacing the first letter of his name with a Z? Enter Air Zonk, an equally big-headed cyborg that is the descendant of Bonk. He would battle with the King Drool of his time period, but rather than hopping around, he used his projectile attacks as the game was a cute ’em up. The shooter never took itself too seriously, and relied on potty humor and colorful enemies for its laughs. It received a sequel in 1993 called Super Air Zonk: Rockabilly-Paradise, but it was merely a band-aid for the dying TurboGrafx brand.

With the death of the TurboGrafx, and NEC telling Hudson Soft to only develop anime-based games for its failed PC-FX console, Bonk continued his adventures on Nintendo platforms. His first foray on the Super Nintendo was Super Bonk, and it’s the highlight of the series. It took everything that worked in the series up to this point, added in additional power-ups that saw him change into many different forms such as a half-dinosaur called Big Kronk. It even incorporated shoot ’em up-inspired levels that starred Bonk in a crab form where he somehow shot miniature crabs from his deformed body. This was followed up by a Japan-only sequel for the Super Famicom, which incorporated even more power-ups like Girl Bonk. This wound up being the last-ever console release for the series as Bonk delivered diminishing returns.

While his console exploits are what he’s best-known for, he also starred in a number of Game Boy titles. This includes Game Boy versions of Bonk’s Adventure and Bonk’s Revenge, which were actually different games from their console counterparts. These platformers pioneered the different forms of Bonk that would later become a mainstay of the series. It also received a mini-game collection in 1994 called GB Genjin Land: Viva! Chikkun Kingdom.

Bonk‘s many failed attempts at a revival 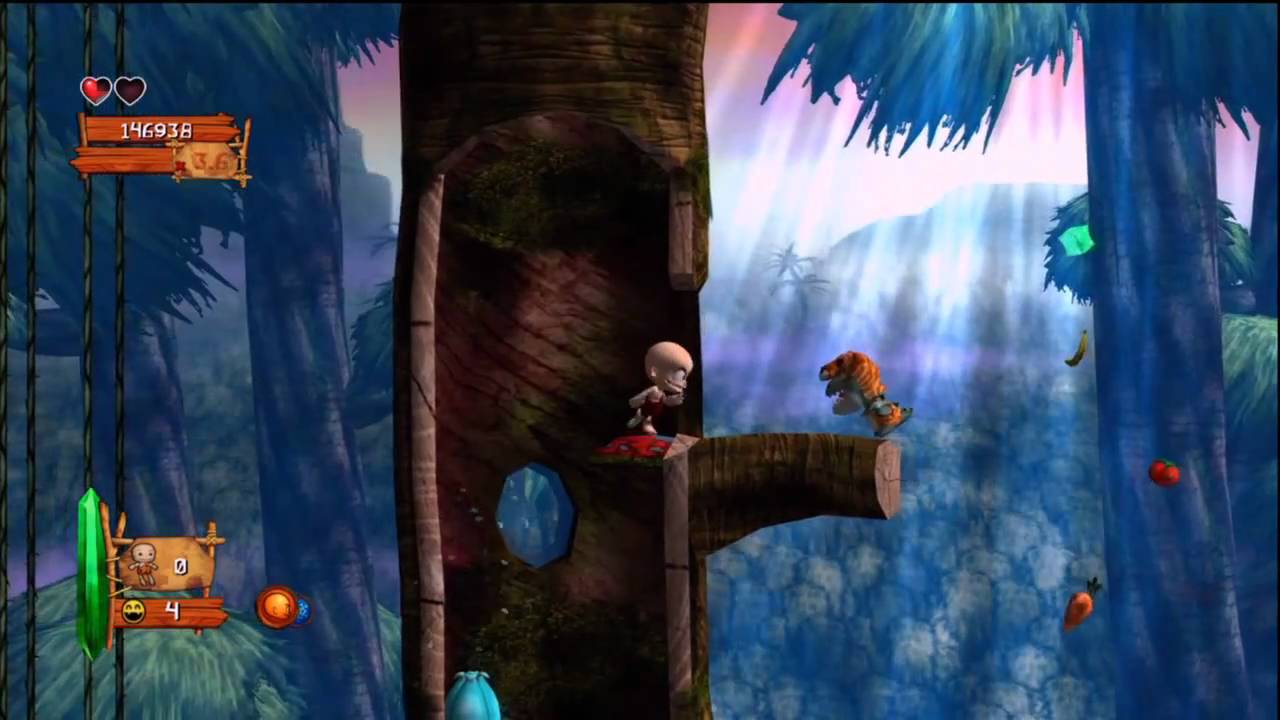 Bonk would largely go away for over a decade until 2006 after the release of his two Super Nintendo installments. However, that wasn’t due to a lack of trying. Hudson attempted to develop quite a few Bonk titles that wound up not coming out. Beyond Bonk 4: The Role-Playing Game, which was canceled for the TurboGrafx, the developers attempted to create a 3D installment called Ultra Genjin. However, the Bomberman studio knew little about 3D development at the time and it wound up being scrapped and used as the base for Bomberman Hero on N64 instead.

The platforming icon finally came back in 2006 via Bonk’s Return, but it wasn’t really how fans wanted the caveman to return. Developed for mobile phones, this was a basic 2D platformer by developer Two Tribes that faithfully recreated the gameplay of the first two entries. It was a good reminder of why Bonk was fun in the first place, but did little to modernize the series. Just like the character, Bonk was a caveman that was stuck in the past.

2011 wound up being a dreadful year for Bonk fans as two scheduled revivals were canceled. The most notable was Bonk: Brink of Extinction, a downloadable PlayStation 3, Xbox 360, and Wii title. It played a lot like Super Bonk as it featured several new transformations and was set to be the first time players would see Bonk in three dimensions. Unfortunately, it was canceled after the Tohoku earthquake and tsunami. Practically nothing is known about the other 2011 cancelled Bonk game, which was called Bonk 3D, except that it was for Nintendo 3DS.

Due to Hudson being absorbed by Konami, the 30th anniversary of Bonk’s Adventure won’t be celebrated with much fanfare. However, the now-extinct caveman served as a fun platforming mascot that game a generation of gamers plenty of memories. While he isn’t likely to make a comeback, his sturdy head will forever have a place in gaming history.

The microconsole that brings something new to the table.
3 years ago

The 10 best TurboGrafx-16 Mini games that are worth playing

A great mixture of English and Japanese titles.
Originals 4 years ago

Why the PC Engine is the cutest console ever

So KAWAII, ~uguu.
Originals 4 years ago

Konami joins the fray with its own retro console.
News 4 years ago