In a hotel suite near the Penny Arcade Expo here in Seattle, I sat down with Final Fantasy Type-0 Director Hajime Tabata who showed me some of the in-development gameplay for PlayStation 4 and Xbox One though the title originally launched on PlayStation Portable in 2011. With the game remaining Japan-only for the past few years, dedicated fans have continued to ask for Final Fantasy Type-0 to come West and now that it’s on the way I wondered whether Tabata thought it would change the way gamers see Final Fantasy.

I told Tabata that I saw the primary theme in Final Fantasy to be that of love, that players often enter the game with a mind for combat mechanics or character designs but that more often than not I felt like the series was telling stories about what it meant to love “the other.” I told him that I saw Final Fantasy combat as a game mechanic but that the narrative often twists it into a struggle between what the player perceives as a physical challenge and a simple impetus to “the end of the game”. I rested the cusp of this on the idea that finishing a Final Fantasy game 40-60 hours later often upends the sense of struggle (especially after an epic boss battle) with an emotional wave that crashes over players. Tabata seemed to know exactly what I was talking about and said that it’s a goal to bring the player that deep into the experience.

Final Fantasy Type-0 features a more active combat system that gives players control over three distinct characters (one at a time, while A.I. controls the other two). The story revolves around a group called Class Zero who obviously come equipped with series staples like magic and weapon-based attacks, though each of these characters have their own unique abilities and attacks. One character appeared to have a hookshot-style weapon that could pull enemies toward the group or keep them immobile for another. One of the male protagonists could attack up close and personal or throw his weapon at enemies just out of reach, but I could easily describe the combat I saw as frantic above all else.

In fact, Type-0 offers the kind of action-oriented battles that Kingdom Hearts fans would enjoy even if they’ve never played a Final Fantasy game before. That may have come from the developer’s original release on PSP and the desire to step out of the franchise’s typical comfort zone, though Tabata seemed confident that fans would find everything they’d expect along with a few surprises. The team bringing Type-0 to PlayStation 4 and Xbox One are also paying careful attention to difficulty balancing so that both diehard fans and newcomers will be satisfied at the appropriate level. I mentioned to Tabata that I’d probably need to play on Easy but he said that Normal should suffice for experienced gamers.

In fact, Tabata’s brief demonstration belied some of the more complicated tactics I saw in a gameplay reel of later combat encounters, while blending magic and attacks seemed exceedingly fluid. To that end, Tabata said that he’d like to see players streaming the gameplay if they fight in a particularly stylish way. 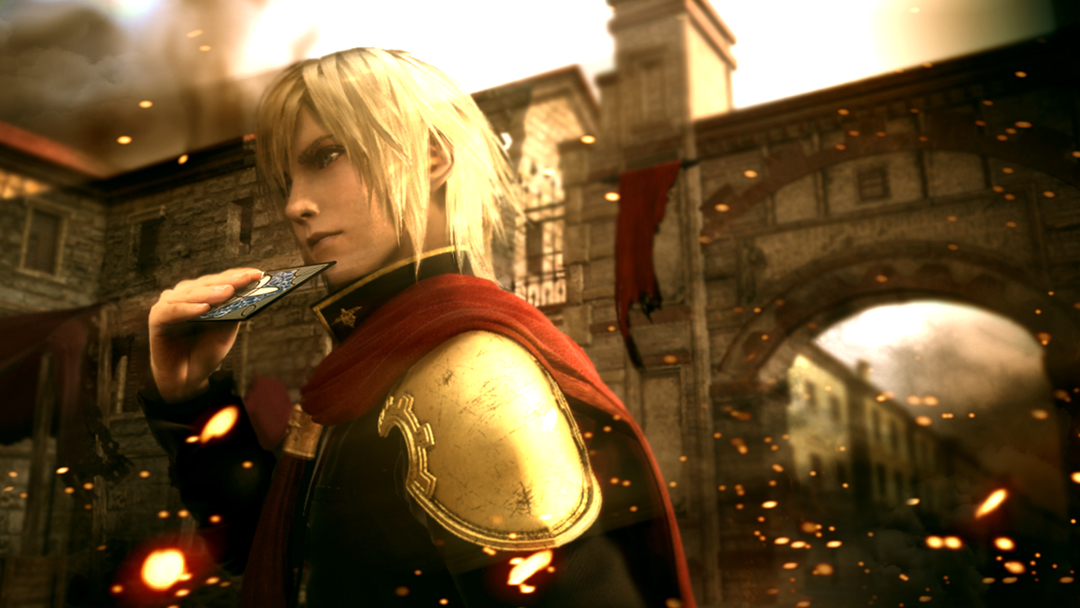 While this early build of Final Fantasy Type-0 seemed to feature less than next-generation textures and looked a little washed out in certain environments, I doubt that those who keep the franchise in their heart will care. Mechanics seem to lead the charge in this effort and while Square Enix has plenty of different RPGs, Type-0 does seem to have something significant about it in that the company is answering the demands of enthusiastic Western fans. It’s not like the community of gamers who willingly riot for a Final Fantasy VII remake at the drop of an Internet comment. Instead, Tabata seemed keenly aware of who he was developing the game for given that Western audiences have never had the opportunity to play it without importing both hardware and software.

Despite the difficulty in discussing a video game and doing so through a translator, it was clear that Tabata wanted to please Final Fantasy aficionados by delivering the best possible Type-0 experience to the West. To that end he said that team has tried to remain true to the PSP release while embracing the increased speed available on consoles. I didn’t get to play Final Fantasy Type-0 at PAX, but we’ll bring you more on the game as we near release.

For the studious, PlayStation LifesStyle has a full review of the PSP version, of which this game is an HD Remaster.