It’s been nearly seven years since I first played Final Fantasy XIV. Although its transition to A Realm Reborn was dramatic, its quest to reach its potential didn’t end there. Heavensward made yet another large step toward greatness, strengthened by a compelling theme and superior world design. More recently, the game has seen important quality of life changes and content additions that have helped shape it into something more enjoyable to play, growing its audience to become one of the top three subscriber-based MMOs in existence.

Continuing on this path, Stormblood has arrived with new treasures in its grasp. Could this be the beginning of the best era in Final Fantasy XIV‘s history? 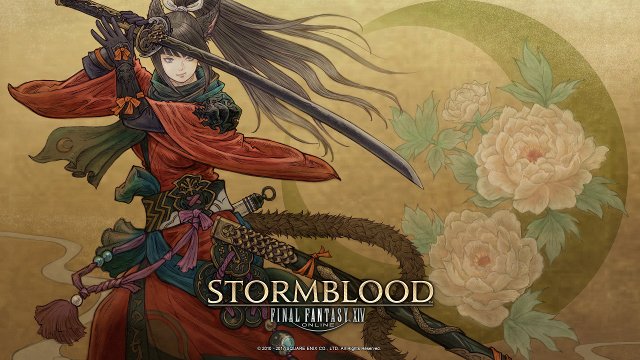 In FFXIV: Stormblood players travel to the city-states of Ala Mhigo and Doma. More than six new zones have been introduced across the Eastern-styled regions of Gyr Abania and Othard, each ranging vastly in topology and structure. A heavy presence of Japanese flavored architecture and oriental music delivered by traditional koto and shamisen are ever-present, particularly in the beautiful new city of Kugane where players at level cap are sure to spend a great deal of their time.

These new zones serve as the platform for the continuation of FFXIV‘s story, a core element of its offering. Per usual, a full main story scenario has been implemented that guides you to level cap, presenting a story arch with a mixture of animated cutscenes, text dialog, and the occasional action cutscene. Production values have seen improvement since the last expansion, punctuating significant moments, particularly the epic finale.

The presentation can be verbose at times, invoking boredom among those lacking patience or interest in the narrative. However, character development is at an all-time high, rewarding those who pay attention. Both the assisting cast and main protagonist are some of the best that FFXIV has ever had to offer, potentially inviting their long-term induction into the Final Fantasy ethos.

A Triumph in Level Design 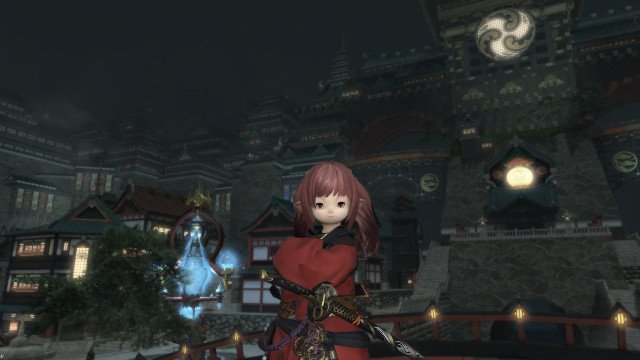 While the original FFXIV had copy-pasted worlds that were equally forgettable and repetitive, what’s here is well-delivered. Zones are rich with diverse patterns and remarkable sights that are the perfect backdrops for screenshots. This might be a technically aged game at this point, but it still stands as one of the most beautiful and optimized of any in the MMO space.

There’s a welcomed touch of nostalgia layered into the mix, such as in the case of The Peaks, which draw inspiration from Final Fantasy XI‘s Sarutabaruta—supposedly, Final Fantasy Tactics‘ Ivalice will be introduced in an upcoming patch. These zones are more expansive than ever before, and feel “lived-in” in a way that prior areas simply didn’t. Thus, it’s much easier to find yourself immersed within Eorzea, crafting a bond that challenges the notion that virtual worlds aren’t “real”.

Supporting this is all-new swimming and diving gameplay, pushing away the boundaries of map layouts. Swimming isn’t incorporated into the combat experience at any capacity. Though, it does play a major part in gameplay, whether it be by providing new avenue for getting from one place to the next, or by invoking new control methodology when doing quests (i.e. underwater fetching). It functions incredibly tight, and is one of the expansion’s more surprising successes.

This expansion of FFXIV‘s borders could be owed to the dismissal of PS3 support, which enforced hardware limitations for several years. Whatever the case, while Eorzea still isn’t quite as free-form as something like World of Warcraft’s Azeroth, it is inching its way closer to being comparable.

FFXIV‘s content configuration has remained constant over the years. Included in Stormblood is the usual mix of dungeons, trials, quests, and raids. Though, that’s not say what here is ordinary—far from it.

Similar to world design, the execution of dungeons, trials, and raids are a huge step up this expansion. Encounters are more intricately designed, and visually stunning. Susano (trial) and The Sirensong Sea (dungeon) are the group content gatekeepers this time around, and are remarkable examples of how far the game has come during the past half decade. The level of quality expressed in several of the new group content pieces are profound, both from an encounter and art design point of view.

That’s not to say that the questing experience has seen equal improvement. Solo leveling in FFXIV is still unremarkable, hampered by formulaic quest design that doesn’t stack up well against many modern MMO competitors. It should be noted that there are a small number of new quest types that help to diversify the monotony of the the 20~ hour 60 to 70 leveling path, but aren’t encountered often enough to make a big difference.

Incentivizing you are a multitude of new armors to collect, including a set of AF3 that is rewarded for free at level cap. These armors are incredibly beautiful, especially in the case of the Paladin, Red Mage, and Dragoon sets.

In addition, PvP has seen some major improvements from its last iteration. Class abilities for every job have been restructured specifically in PvP scenarios, and that alone has made it much more balance and pleasant. The battle system of FFXIV still doesn’t lend itself to a particularly great competitive experience. Yet, what’s here is a good option for trying something different when PvE burnout poses a risk. 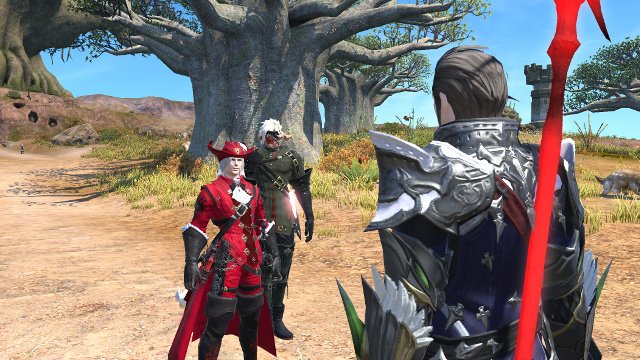 FFXIV‘s job system is one of its greatest strengths. While the addition of Astrologian, Dark Knight, and Machinist were meaningful additions in Heavenward, what has arrived with Stormblood is far greater.

Red Mage is the king of flashy attacks. Its mixture of chain-spells and fast-paced melee attacks is true-to-the-spirit of the FFXI Red Mage, yet with all the benefits of the FFXIV battle system. It might not have much in the way of healing and enfeebling spells, but it does pack a punch along with its hybrid offensive toolkit, making it already a favorite among players.

Though, it’s Samurai that demands the most attention. On paper, it’s quite simple with three combos, finishers that have casting times, and a Kenki gauge that is built up during combat and spent on special cooldowns. However, the interactions of all these skills is visceral. Samurai feels like a true swordmaster on the battlefield, capable of carving its prey into perfectly sliced portions.

The key thing of note here is that both Red Mage and Samurai are fun-to-play, polished, and capable of high performance straight out of the box. They don’t suffer from launch woes like their Heavensward brethren did, and somehow manage to usher a new style of gameplay to a title that already has a large cast of options. 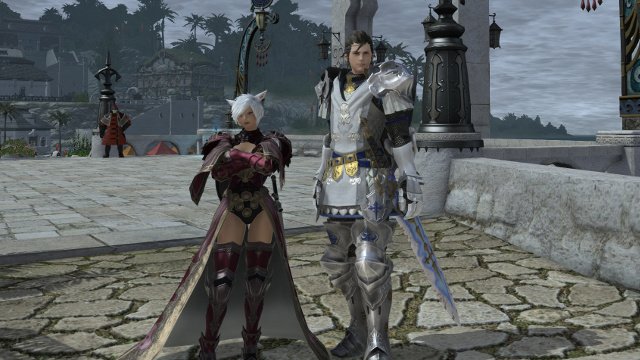 On the topic of jobs, balance is currently in a tough spot. Dark Knight is struggling to compete with the incredible utility and mitigation of the Paladin, Scholar doesn’t stack well against White Mage in most scenarios, while Machinist and Dragoon are notably lower DPS than their competitors. This is something that, traditionally, has been addressed reasonably well by Square Enix in post-launch patches, but for now it’s worth consideration if you main one of the less fortunate jobs.

With that said, the job revamp has been a huge success. Every job has been given attention, and in most cases this has resulted in the game being a lot more enjoyable to play.

Take for example the Paladin, a defensively-oriented job that has been regarded as the most boring job of the bunch since A Realm Reborn. Its changes and skill additions in Stormblood/v4.0 have transformed it into one of the most tightly constructed tanks of any MMO. Similarly great things can be said of Dragoon, Ninja, Astrologian, and Black Mage.

Some argue on the forums that Monk, Summoner, and Warrior have been detrimentally impacted, and that certainly might be the case. At the very least, the introduction of the cross-role skill system and the addressing of skill bloat has been an important undertaking that will, in the long run, mean great things for all players regardless of their main job.

Final Fantasy XIV is like a sculpture that has been handcrafted. Beginning as a rough stone lacking definition or vision, through unrelenting developer perseverance and support by fans that stone has been drawn into something beautiful and magical, an awe-inspiring work that sits proudly representing the Final Fantasy IP for all eyes to see.

It’s been a long process for Square Enix and Final Fantasy fans alike, but with Stormblood‘s superb content and level design the golden era of Final Fantasy XIV has finally arrived.

A PC copy of Final Fantasy XIV: Stormblood was provided by its publisher. This expansion is available on PC and PS4.