Diablo 3: Rise of the Necromancer Review – True to the Dark Spirit

Since the release of Reaper of Souls, I’ve always been up for an excuse to head back to Diablo 3. In most cases during the past couple years that’s been to play through the game yet again for a new season in pursuit of rewards. However, this week Blizzard added an entirely new class altogether. My Final Fantasy XIV: Stormblood addition was put on hold.

Introduced in what’s called Rise of the Necromancer, the Necromancer isn’t necessarily a new class to the evil world of Diablo, but it’s the best iteration yet. Let’s jump right in and go over why this $14.99 package is worth it for most Diablo fans. 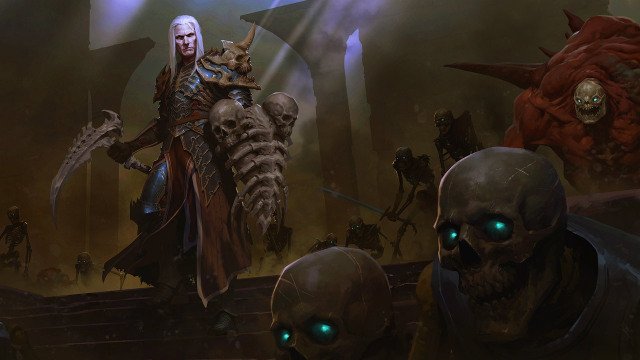 Serving as the second pet-based class of Diablo 3, the Necromancer is heavily inspired by its source material. Iconic skills such as Revive and Corpse Explosion are here in full-measure, accompanied by interesting new powers like Sumulacrum and Blood Rush.

Thematically, what’s here manages to hit all the notes you could hope for as a Diablo 2 veteran: curses, bone magic, and summoning are all present. From a design standpoint, at least a couple skills from each of the schools are effective, providing room for experimentation when playing at beginner and intermediate levels of play.

What might deserve the most recognition is the Necromancer’s visual flair. Like the Crusader, it’s oozing in style, but not that of an angelic nature. The Necromancer is a master of the dark arts, calling upon the dead to do its bidding. Dressed in elaborate garb, it stands out from the original set of classes with its flashy skills that cause visual mayhem when chained together. It’s impressive to see in action, delivering an illumination of death magic.

Respectfully, it manages to do this without stepping on any toes. It’s a caster at heart, yet stylistically very different from the Wizard. It’s a pet class, yet its active style separates it dramatically from the Witch Doctor. This is a big addition to Diablo 3‘s cast, and one with a new angle of gameplay to share.

Calling Upon the Dead 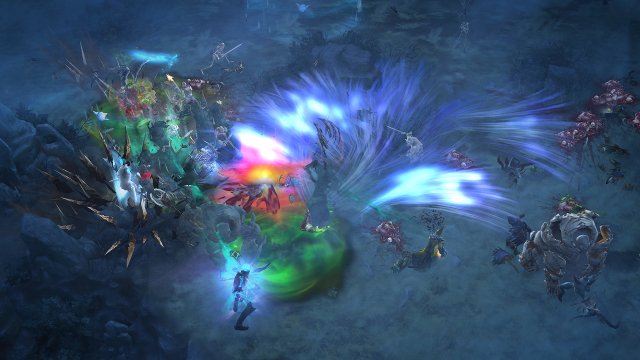 It’s true, you can play the Necromancer without any pets. But really, why would you do that?

The pet skills of Necromancer are, in large part, designed well. Command Skeletons not only raises the dead automatically, it allows you to actively focus fire their attacks for noticeable benefits, such as increased damage for five seconds. Meanwhile, Command Golem can be used as a powerful cooldown, supporting you with hefty attacks with high uptime, and then providing crowd control or massive burst damage every minute. In the case of these two skills in particular, the Diablo 3 version of Necromancer is without a doubt better than its predecessor.

Sadly, the same can’t be said of the Skeleton Mage. You can raise several of them to amass an army in large numbers, but they don’t feel rewarding to use. They function similar to turrets, feeling more like a routine chore to keep up rather than a set of powerful casters to summon. It’s a bland skill, and worth avoiding if you’re looking to play specifically for enjoyment.

Perhaps more concerning, there is currently only one viable endgame build (Bone Storm with the Inarius Set), excluding several visually attractive sets that fall well short of being competitive with the other classes in the game. This is something Blizzard will be sure to address in time. For now, it’s a huge shortcoming that has held the class back from entertaining hardcore players for any good length of time. 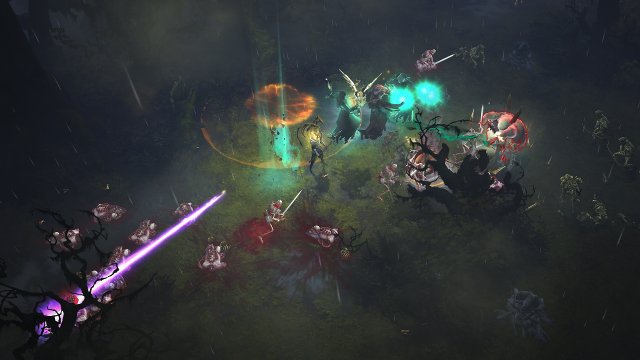 Purchase of Rise of the Necromancer includes some extras. Several of these are cosmetic, the best of which are the Wings of Crypt Guardian and Necromancer themed Banner Sigil.

The real value comes from the two additional character slots and stash tabs. These are two things that players have been requesting for a while, and it can be argued that they should be available separately. But for now, Rise of the Necromancer is the only way to gain access to these items, and due to that it’s a product that even players who have no interest in the Necromancer may want to consider.

It’s also worth mentioning that the recent update has added several major features, the most notable being Challenge Rifts. Although the benefits of this update are available to everyone, combined with the Rise of the Necromancer it serves as a great reason to return to the game.

The Necromancer has returned with a well-composed concoction of nostalgic skills and modern design. It’s a flashy addition to an already strong roster of classes in Diablo 3 that, while held back by two minor missteps, deserves the attention of Diablo veterans and new players alike.

Necromancer is good, evil fun A solid mixture of nostalgia and new ideas Expansion extras are a good addition for…
Friday

Necromancer is good, evil fun A solid mixture of nostalgia and new ideas Expansion extras are a good addition for…
February 10

Necromancer is good, evil fun A solid mixture of nostalgia and new ideas Expansion extras are a good addition for…
February 21

Necromancer is good, evil fun A solid mixture of nostalgia and new ideas Expansion extras are a good addition for…
February 24

Watch out, Annabelle.
News 3 weeks ago

The next big thing?
Games 4 months ago