Miitopia Review – You and Your Friends on a Forgettable Adventure

As the Nintendo 3DS heads toward its final months on the market, development of late-generation titles are coming close to completion. Among those games is Miitopia, one of a very small number of first-party RPGs that Nintendo has created over the years.

2017 has introduced a large number of RPGs, none more peculiar than Miitopia. But is that a good thing? Let’s dive right in. 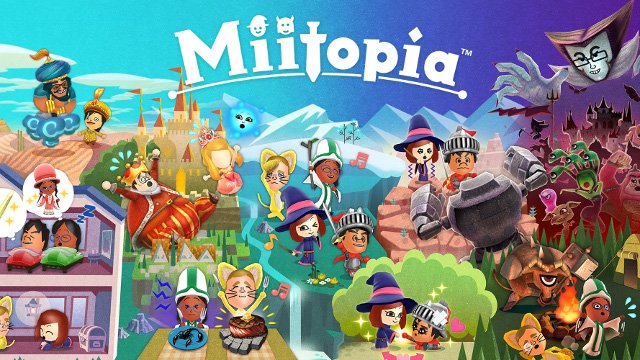 Miitopia begins by introducing the Dark Lord, a sinister being who tears off the faces of innocent civilians for his own collection. Within moments an entire village of people are left faceless, looking to you for help.

Presented with colorful visuals that embody the spirit of Nintendo, the mature plot manages to come across as joyous and somehow child-friendly. That’s not to say it’s a visually striking game, but its user interface, animations, and environments are equally consistent and polished, marking yet another release that showcases Nintendo’s time investment across its entire portfolio.

…its user interface, animations, and environments are equally consistent and polished…

The main attraction here is Mii support, which effectively allows you to build your own roster of characters. The characters that star in your adventure, from the main cast to enemies and even random strangers, can bear a striking resemblance to family and friends, or anything else that the Mii studio is capable of producing (i.e. Darth Vader and Gabe Newell look-alikes). You can even define the personality type to adjust character behavior, whether you want them to be strong, timid, or aloof.

There’s something special about being able to see people you know, or at the very least selected, star in 12+ hour long JRPG. It hasn’t really been done before, or at least not in a first-party title in the modern era of gaming.

Although sparingly interesting, interactions between these characters are largely let down by uninteresting writing. Unlike Tomodachi Life, which similarly employed Miis, any attempts at humor fall flat. What’s here is very light in spirit, and often forgettable. It’s the one-off moments where characters erupt with random comments, or you see a character you selected show up for their first time in a while to say something important, that the game demonstrates its potential. 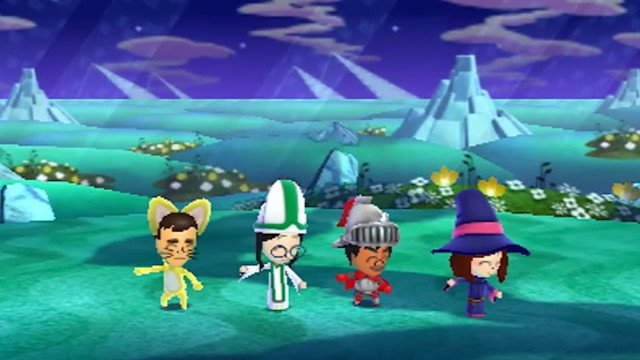 On a gameplay front, Miitopia is a traditional JRPG. Your party will eventually have four characters, each with their own classes that can include familiar options such as the Mage and Thief, but also some neat additions like the Pop Star and Chef. As your characters level up they gain access to new skills. Once you progress further into the game the number of skills and their attributes invoke a thin layer of strategy that is welcomed when battles are more challenging. Though, it takes a few hours to get to the point where combat gets interesting, so early on the game may feel like an investment.

The journey takes you to a variety of locales, with locomotion performed using classic Mario-like maps and auto-run sequences that throw you randomly into battles. For the most part, the game feels like it’s on auto-pilot most of the time, with very few efforts in the way of choice or exploration. You might be able to select between two paths, but that’s not nearly enough to compete in a genre that has seen incredible progress during the past year (i.e. Persona 5 and NieR: Automata).

…the game feels like it’s on auto-pilot most of the time, with very few efforts in the way of choice or exploration.

Where Miitopia best executes on a gameplay front are the moments of downtime you have when your party reaches an Inn after completing an area. It is here that you’re able to make a variety of decisions; you can invest money in sending characters out to potentially obtain new gear, have them interact to improve their relationships, eat food to increase stats, and more.

The social simulation aspects in particular are surprisingly interesting. By having two characters friendly with one-another, dialog options will unlock. More importantly, they can assist one-another in combat. While early on most players will probably just have their favorite characters mingle, synergy between particular classes can mean the difference between a good and an overpowered party, so some level of theory-crafting is applicable.

Like many elements of Miitopia, the social gameplay is very light in nature. You won’t find yourself scratching your head when making decisions, or getting the impression that if you make the wrong move you’re going to regret it. Due to this, it’s a game that can be a good filler to use when traveling, but never quite reaches a point of being a compelling product.

In an industry where it seems like just about everything has been tried before, Miitopia‘s willingness to try something new is commendable, albeit uninteresting in execution. It’s a simple game with a couple great ideas that are often let down by a story that is too timid to step outside its comfort zone.

A 3DS copy of Miitopia was provided by its publisher. Miitopia is exclusive to the 3DS.

Monster Hunter with a touch of Fortnite.
Previews 4 months ago
9