Madden games will always have a special place in my adolescence. I remember getting my first Madden title with Madden NFL 07, playing as Shaun Alexander with the introduction of the now ubiquitous “highlight stick.” Those were the days, but we’ve undoubtedly come a long way over the 11-year difference between that and the upcoming Madden NFL 18.

But it’s seeming more and more as though each game is taking only baby steps from the previous, and Madden NFL 18 is starting to show its age, being stuck in the past. At the same time, the efforts Madden NFL 18 did make to leap forward ended up stumbling. 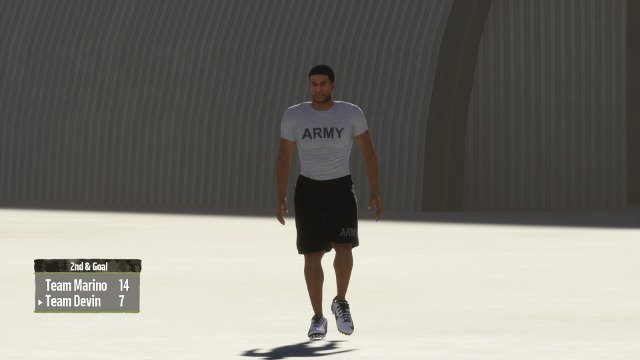 For years, I’ve been seeing Madden advertisements and reviews that boast about its graphics and how visually stunning the next installment is, and I have to think this is some sort of Truman Show-level Group Think experiment to see how many people will go along with it. As with other games in the series, Madden NFL 18 looks like it looks good, but it really doesn’t. At very least, it’s not up to snuff when put aside other modern games considered graphically impressive.

Sure, Madden NFL 18 has the bright lights, the vibrant colors and the well-formed polygons, all of which, to the untrained eye, will spell “great graphics,” but that’s only half the battle, if even that. The game doesn’t care enough about Ambient Occlusion to make its characters look as though they’re actually running on the ground, but rather floating slightly above it. Because of this, when any of these players interact with an object (like perhaps a football?) it doesn’t actually look like they’re holding it.

In worse cases, you’ll get graphical bugs such as shameless clipping and odd physical contortions. Overall, the players seem to look like and move as though they are robots, only making hard, jarring movements that don’t naturally flow. And maybe I’m holding a sports game to an unrealistic standard, so if you want to alter that advertisement to “Looks amazing… for a sports game,” then we’re square. 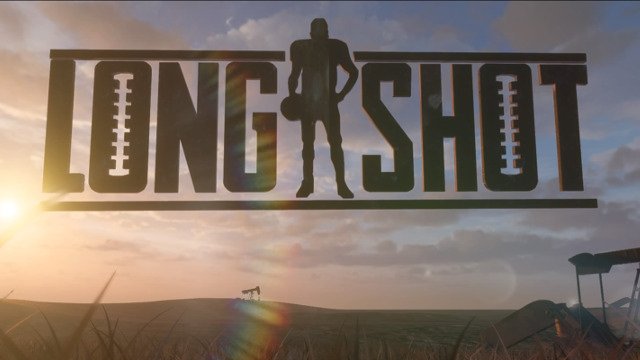 But all of that is par-for-the-course with a Madden game, let’s move on to the “new” Madden NFL 18 brings to the table. While I already spent 1,000+ words talking about Madden NFL 18’s “Longshot” story, I can’t just leave it out of this review. Longshot mode was, unfortunately, an ambitious disappointment. They wanted to do a heartfelt, football underdog story, and they succeeded at that (albeit with little nuance or originality), but they failed at making a compelling game. The visuals are held back by Madden’s last-generation-looking graphics, and the attempt at a Telltale-style narrative was bogged down with false choices that had little tangible effect on what would ultimately happen.

Not to mention that you barely get to play any actual Football during Longshot, so it’s not even a satisfying experience for hardcore Madden fans, let alone people from the Telltale crowd who happened to pick this up or try it out because they heard about Longshot. If your baseline for judging a Madden game is “is it a Madden game?” then you probably won’t have much to complain about with Longshot’s presence on the disc. But, if you judge a game on what it tried to do versus what it did, Longshot is certainly a mark against the finished product.

Other new mechanics include a “target passing” option that allows you to pinpoint exactly where you want to throw the ball, not just to whom you want to throw it. That said, I found it’s almost always better just to use the normal throwing option complete with the already-embedded options to loft the pass or throw a bullet. I can see the potential there, it just didn’t play out like it should have. Meanwhile issues that should have at least been addressed remain just as disappointing, like downfield blocking, which has poor target-finding and redundant animations. 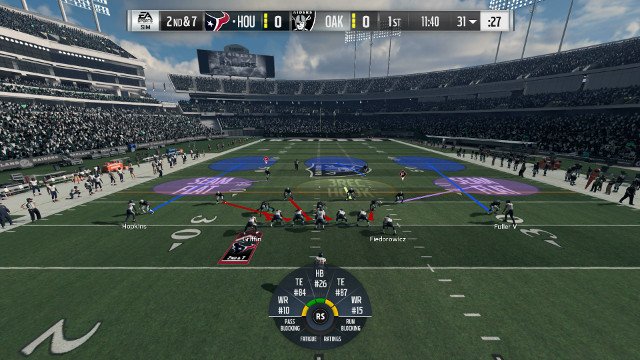 Here’s the thing, though: people get really into Madden, just as much as any compulsive MMO or MOBA player. They have heated discussions over which team has the best playbook, or which plays from those playbooks are best implemented at what times. There are tier lists of teams and players. And there are spreadsheets – oh boy are there spreadsheets. These guys run spreadsheets like few other fanbases.

Even if you’re a total outsider, you have to admit that there’s something about a game that has this much internal depth and allows its players to engage in such complex ways. Consider that with Madden NFL 18’s new “Play Now Live” feature, which synchs up your game with the real-life NFL season as its happening, and Madden will turn out to be the ultimate football fan companion app come September.

Without those additions, Madden has always been one of the most compulsively playable games, and it’s difficult to nail down exactly why that is. Is it the nuts-and-bolts approach to the every-Sunday spectacle that is the NFL? Is it being put in the shoes of the biggest NFL stars, performing jaw-dropping feats on a dime? Are the bright lights, pretty colors and bopping soundtrack just hypnotic enough to vacate your mind and keep you at the television? I can’t say, but I can say that even Madden skeptics will have a hard time getting bored with Madden NFL 18 on the screen.

But really the question should be what does the game add? Madden NFL 18 perhaps marginally improves on graphics that still feel stuck in the past, it introduces an ultimately flawed story mode and a gameplay mechanic that you’re better off not using. All the while, it’s most notable new addition, the “Play Live Now” feature, feels like you could get the same experience from a mobile phone app. Oh they have one of those, too, you say? Great.

I’m of two minds on Madden NFL 18. It’s hard to be flat-out negative on it, because, at its core, it is still the same, compulsively playable experience you’re used to getting from the series, and die-hard football fans (like myself) are going to enjoy it for that reason, while even crazier fans are going to dig deeper into it than any thought possible. But as far as adding anything new and of value, Madden NFL 18 is mostly devoid, and for that reason it’s also difficult to recommend when you have just a one-year-old predecessor that will offer the same core experience for half the money.

No one can hear you scream.
Games 9 hours ago

Wishing a swift recovery to Damar Hamlin!
News 2 weeks ago
8