Gran Turismo Sport represents a focal pivot for the series from single-player to online. The result is a great-looking racer with excellent driving, but little to separate itself from the pack. When Gran Turismo first debuted on the PlayStation, there was little competition in the racing sim genre, but that’s not the case now. With Forza 7 and Project Cars 2 debuting within the last month, GT Sport needed to pull off something special to stand out, but it comes up short. 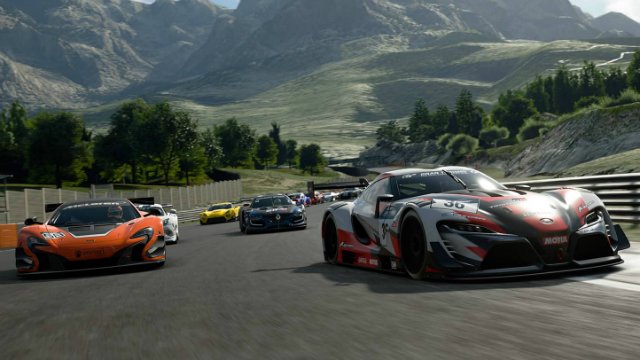 The franchise has always pushed the hardware it’s on to the limit, and Gran Turismo Sport is no exception. On the PS4 Pro with 2K checkerboarding and HDR, it comes close to what I would expect from a mid-to-high end PC. The cars are stunningly recreated, and GT Sport doesn’t seem to be affected by the draw distance issues that plague Forza 7.

How cars and tracks look aren’t the issue here. The biggest problem is that there just aren’t enough of them. There are only 162 cars available in Gran Turismo Sport, which is minuscule compared to the 700+ cars (and counting) in Forza Motorsport 7. If the series were known for having a small roster, maybe expectations wouldn’t be so high, but the last game in the series, Gran Turismo 6, included 1,235 vehicles. Most of these 162 cars included are purely designed for race and track, so if you were hoping to have fun tweaking production vehicles and pushing them to their fullest, you’ll need to find that fix elsewhere.

Also: What You Can Do in Gran Turismo Sport Single-Player When Servers are Offline

The track list is sparse as well. There are only 17 locations available in GT Sport, with variations bringing the total number of circuits up to 40. In comparison, Forza 7 has 32 locations, and variations for each. It’s a disappointment to see such a meager offering, and with such emphasis placed on racing online, it’s going to be hard to keep GT Sport feeling fresh. Also, there’s no weather effects or time changes on any of the tracks, so you lose the variety of racing in the rain, or during the transition from day to night.

As far as the feel of racing goes, GT Sport lies somewhere in between Forza 7 and Project Cars 2. You’ll get a lot more feeling of the weight of the cars as you drive them in this game than you do in Forza, but there’s still something lacking when compared to Project Cars. I couldn’t help but feel that the handling model deserved a much more diverse list of vehicles though. A lot of the 162 included cars are duplicates tuned for different racing classes, but they’re all performance vehicles, so they all start feeling sameish after awhile. There’s no excitement of not knowing how far you can push each vehicle and no feeling of accomplishment when you win a particularly hard race with a goofy car. 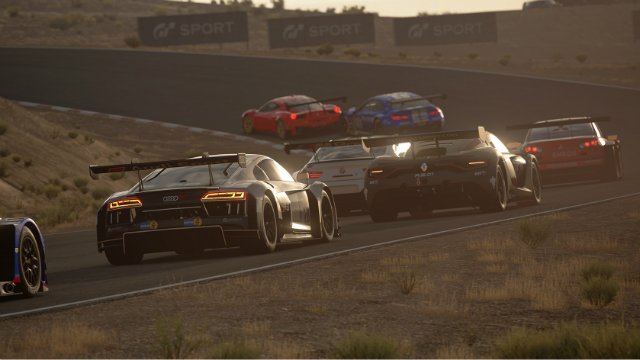 In switching to an online focus, for some reason, Polyphony decided that single-player needed to be sacrificed. The Campaign Mode consists of license trials, endurance races, hot laps, and racing scenarios. You’re given objectives on each to win a gold, silver, or bronze medal, and they do help you learn to race better and provide you with something to work towards. However, the whole campaign feels like it’s leading up to an actual championship, but there’s nothing there. Both Forza 7 and Project Cars 2 have full-fledged championship modes, and GT Sport feels lacking in single-player in comparison.

Single-player also has a significant flaw on the technical side of things. If you’re not connected to the GT Sport servers, you can only play Arcade mode, and you can’t save at all. This means you can’t progress further in campaign mode, you can’t buy cars, or pretty much do anything except the most simple races. For a series that has prided itself on a bevy of single-player content over the years, this is a great way to push fans away. If the servers are down for maintenance, the game is pretty much unplayable unless you just want to do a few laps with no consequences.

Sport Mode is Gran Turismo Sport’s online mode, and it’s relatively well made. There are three rotating daily races, once about every 20 minutes, and in the future, there’ll be championships as well. To start a race you just need to sign up and qualify, and when its time you’ll be loaded into the race with other human players in the starting position you earned. Taking a note from iRacing’s book, there’s a system to keep players in check called the Sportsmanship Rating. This is placed next to your name in the game for everyone to see and is supposed to be an indicator of whether you’re a jerk or not. Those with low ratings will get placed with others with low ratings so the bumper car crowd can play together and the more serious racers can stick with players with similar desires.

The Sportsmanship Rating breaks down though with how points are tallied. If there is a collision, both parties are punished no matter who is at fault. In theory, if you’re actively trying to avoid accidents, your rating should raise no matter what. In reality, you’re often at the whims of the other drivers on the road, which somewhat defeats the point of the rating in the first place.

Gran Turismo Sport would have been a great racer a decade ago when there was much less competition to compare it to. However, Sony and Polyphony inexplicably decided to place it barely a month after the release window for Project Cars 2 and Forza 7. While GT Sport is a decent and well-crafted game, Forza 7 does arcade-style driving better, and Project Cars 2 does sim racing better. In comparison, GT Sport just can’t stand up to either game. If you’re a die-hard Gran Turismo fan, or just can’t get enough online racing, this would be a good pickup for you. Otherwise, you’re better off with either of the other two big racers of the season.

A much-needed pit stop on the way.
News 10 months ago

In response to the controversial Gran Turismo 7 patch that nerfed credit payouts, several fans have resorted to using a…
News 10 months ago

Gran Turismo 7 has remained in the number one spot in the UK for a third week.
News 10 months ago