It’s hard to believe it’s been five whole years since The Elder Scrolls V: Skyrim debuted on PC, PS3, and Xbox 360. It’s one of those games that seems timeless, and it’s as enthralling now as it was the day it came out. Last year, Bethesda released a Special Edition version of the game with improved graphics for PC, Xbox One, and PS4. This, along with the copious amount of mods that have been created for it over the years, has kept Skyrim fresh in our minds when other games have been long forgotten.

The Nintendo Switch version of Skyrim might not be the best looking, but it ends up being just as impressive as other releases and brings a unique style you can’t find on any other platform. The Switch has been criticized by many (myself included) for being a port machine. Besides games like Zelda: Breath of the Wild and Super Mario Odyssey, developed by Nintendo, there haven’t been many AAA games for the console. There’s plenty of fantastic indie titles to choose from, but it seems like the big third-party studios and publishers have been cautious about committing to the machine. 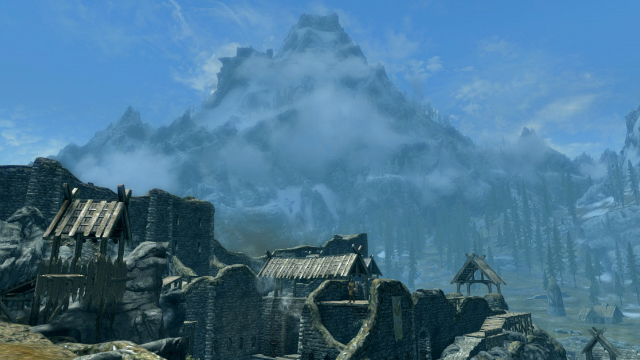 With the release of Skyrim though, third-parties need to take heed. It’s easy to conclude, “Oh Skyrim on the Nintendo Switch, there must be something missing, or abridged.” It’s crazy to think about it, but the Switch version of Skyrim has everything the Special Edition does, including all the expansions. The game looks good in TV mode, but the thing that makes this version so unique is when you play it in handheld mode.

In handheld mode, you can take Skyrim with you anywhere in the world. It’s incredible to think of being able to play such a vast game wherever you want, but it’s possible. Not only can you take the role of the Dragonborn on the go, it actually plays really well. The game runs smoothly, and I didn’t notice any hiccups or hitches while playing. It even loads at a decent clip, much better than the original did on Xbox 360 and PS3. 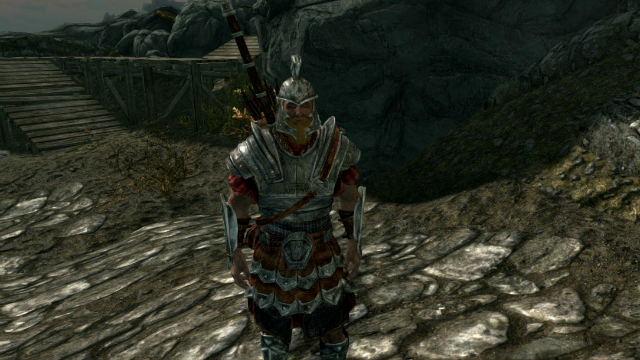 Some sacrifices are made for the game to run on the Switch. Don’t expect the big HDR sunsets of the PC version. The textures are a bit low-resolution, though not enough to be muddled. The draw distance is somewhat short, so there is some pop-in, especially in forested areas. Also, objects far in the distance have a lot of depth of field haze, which I suppose is meant to disguise some of the draw distance issues.

You’ll also find some effects are more subdued in the Nintendo Switch version. Particle effects, lighting, and shadows are all dialed down considerably in comparison with the PC version. However, when you’re playing in handheld mode on a smaller screen, these drawbacks aren’t nearly as apparent as they are playing in docked mode.

One major drawback the Nintendo Switch version of Skyrim has is that other versions this generation don’t is the lack of mod support. I completely understand why. There are probably major logistical issues to introducing mods on the Switch. Given that even with an SD card the amount of storage on the console is small compared to even a base model PS4 or Xbox One, it probably wasn’t a priority for Bethesda. However, if you’re someone who finds base Skyrim unplayable, you’ll want to shy away from this version.

Should You Get Skyrim on the Switch or Not? 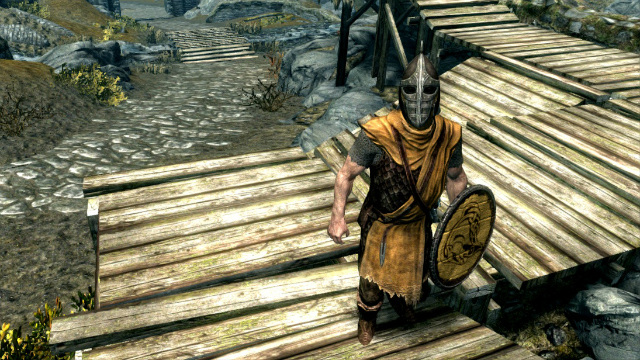 Skyrim on the Switch also adds motion controls. These allow you to make sword swinging gestures to swing your sword, or to mimic a bow and arrow to fire your bow. I’m not a huge fan of these because you have to detach your Joy-Cons to use them, and they’re pretty unwieldy. Also new to this version, you can scan amiibo to get items, including some exclusive The Legend of Zelda-themed weapons and armor.

Whether or not Skyrim on Switch is a must-have for you comes down to how you prefer to play your Switch. If you mostly keep it hooked up to your TV, and aren’t interested in handheld mode, you’ll probably want to skip it or get it on PC or console. That way you’ll have better visuals and mod support. However, if you love the Switch’s handheld mode, and want a great game that will last you potentially over one hundred hours, then Skyrim is pretty much second only to Zelda: Breath of the Wild when it comes to action RPGs on this console.

I’m highly impressed with Bethesda’s work on this version of Skyrim. Five years ago when it came out, it was a pipe dream to think you could take a full Elder Scrolls game with you and play it whenever the mood strikes. It’s games like this, even if it is a port, that show just how much potential the Nintendo Switch has. I hope other third-party developers take heed of just how good this port is and give some thought to bringing their larger games to the system. I can’t wait to see what this little system has in store for us in the years to come.