Despite being highly successful on PSP and PS Vita, the God Eater series has struggled to find much traction on home consoles. Despite controlling better than ever due to finally having a proper controller to use, both God Eater Resurrection and God Eater 2: Rage Burst were hampered by being portable games at heart. The original limitations came up constantly both graphically and in mission design, and it just wasn’t a satisfying way to play the action role-playing games. Thankfully, God Eater 3 doesn’t suffer from any of these issues as it’s the first title in the series to be developed for consoles from the ground up.

This major change is paired with a developer switch as Marvelous took the reins over from series creator Shift. While that may cause some concern, the Japanese studio has stuck to what has worked in the past. It still follows the footsteps of Monster Hunter in that players take on various hunting tasks that involve eliminating a specific demon called an Aragami. Aside from a few early levels that introduce concepts, nearly every mission has the player and their accompanying team (controlled by either humans or the computer) testing their skills against what is essentially a boss fight.

Unlike the animation-heavy and tactical gameplay of Monster Hunter, God Eater has always felt much more relaxed and straightforward in comparison. Players are still able to hack and slash their way at enemies or experiment with the various weapon types, and they use their versatile God Arcs (which can transform from a gun to a melee weapon to a shield) to do just that. There’s also no real element of hunting down a creature, the Aragami don’t have to be tracked, and while they do run when injured, they just have to be followed for a few seconds. For better or worse, neither the structure or core gameplay has been changed or improved upon in any real way and this is still a traditional God Eater game rather than Marvelous attempting to shake things up. 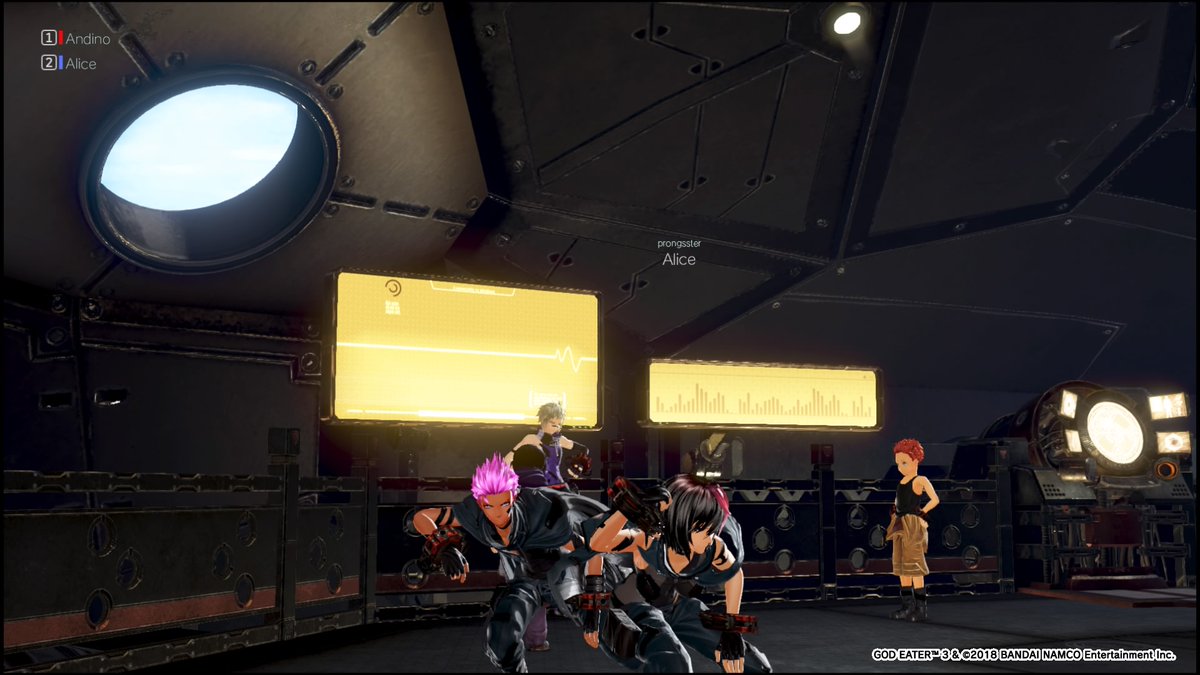 That’s not to say that there aren’t any changes, though. The biggest one is the introduction of a new enemy type called Arc Aragami. These serve as the main boss characters in the game and can enter a burst state similar to how the player can devour their opponents in order to become more powerful during gameplay (they gain a double jump and more damaging attacks). This makes them extremely dangerous as not only do they transform and change their attack patterns, but they’re able to land incredible moves that can wipe out the player in a single hit. This adds a much needed methodical element to the gameplay, although it’s typically only as complex as learning how to avoid their devour attacks and simply waiting for their burst state to end if they do manage to trigger it. God Eater has never been the most technical game from a gameplay point of view, but this certainly helps.

Also unique to God Eater 3 is a new type of quest called assault missions. There is only a handful of these in the game, and they actually wind up having eight players cooperatively play together in order to take down significantly powerful Aragami. Frustratingly, many of these operations are limited to being just five minutes long (most have a timer for 35 or 40 minutes). That makes these sessions feel like a mad dash and challenge of defeating the ultra-tough boss as quick as possible, and it’s just not particularly enjoyable. However, this entire feature can be ignored if you wish, so it’s not like it hurts the overall experience or anything.

What does wind up making many missions an exercise in tedium is that some of the later levels have a bad tendency of throwing multiple large Aragami creatures at the player. Seeing two beasts encounter one another and then interact is a highlight in Monster Hunter: World, but there’s no sort of greater ecosystem here. Instead, both enemies merely exist to attack the players. They don’t cooperate in any real manner, and just make the levels a total pain to complete. It’s not that terrible if you’re playing with a human squad, as you can easily coordinate and come up with strategies in order to tackle them, but it becomes a frustrating grind with computer teammates. 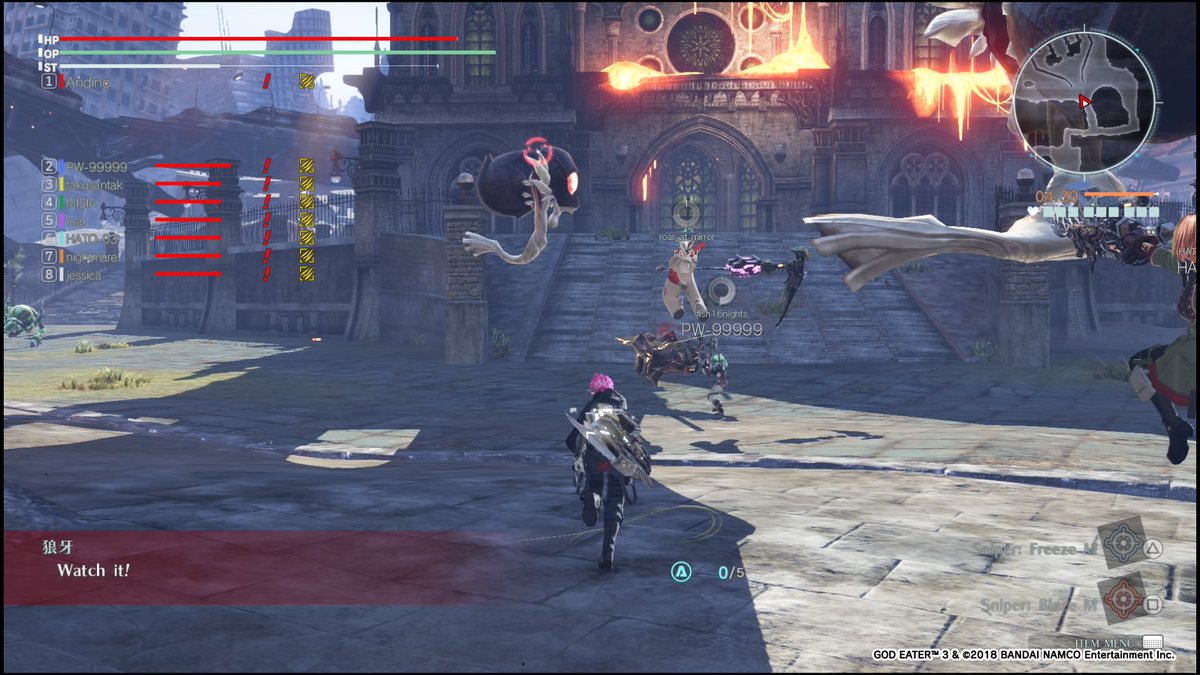 Another annoyance comes from how God Eater 3 attempts to dish out its dull story. After most missions, players will then have to run around their several story hub in order to talk to whatever character that will advance the story. Usually, it’s just one or two people, but sometimes it can feel like the most annoying game of hide-and-seek as you’re checking every room just to see if someone is there who will talk to you. Just automatically initiating the conversations would have been a lot less frustrating and the in-game justifications for being unable to take missions (your computers seemingly go down every 10 minutes) make the entire operation seem like a joke.

Qualms aside, there are moments when the gameplay and the enemy design come together to create an enjoyable mission. The Aragami look awesome in the series’ first real console outing, and the core gameplay is as fun as ever. It’s just disappointing that the package surrounding it isn’t better. Be it a lack of ambition or not having the opportunity to do so, there’s nothing that separates this from past titles from a quality or gameplay standpoint.

In a perfect world, God Eater 3 would have been a leap in quality similar to Monster Hunter World and had been the big coming out party for the series. Sadly, that isn’t the case here at all. Instead, fans got more of the same with little innovation and the extra difficulty feeling more artificial than interesting. All in all, Marvelous’ first attempt at making a new God Eater title is just fine. It won’t wow any new players, nor will it feel like such a departure from what made players fans in the first place.

GameRevolution reviewed God Eater 3 on PS4 with a copy provided by the developer.