An adult narrative that doesn't make you cut off your finger.

Over the years there have been series that I have bought systems for. The SNES was an obvious choice for the Super Mario World, but from there Final Fantasy took root and I purchased a Playstation for Final Fantasy VII. Likewise I bought the PS2 for Final Fantasy X, and while I didn't like it, I fell in love with that era's Metal Gear Solid games and purchased a PS3 for the Metal Gear Solid 4. I actually loved Metal Gear so much I bought the 3DS at the excitement of the prospect of playing it in 3D and a PSP for MGS Peace Walker. Since then, I've played a lot of acclaimed current-gen games and series without them really sticking, so it's with a little surprise that I write that I will buy whatever console or platform I need to play the next Witcher game that CD Projekt Red makes.

You play as the amnesiac Geralt of Rivia, who is one of the few remaining Witchers, a monster-fighting human, mutated by wizards at a young age to be able to fight unnatural beasts. Geralt becomes wrapped up—frequently vocally against his will—in the politics of Kings, Wizards, Sorceresses, and Free Men vying for control of an area called The Pontar Valley that's the key to controlling The Northern Kingdoms. With the subtitle “Assassins of Kings", it's not hard to guess how things start to go awry.

The Witcher 2 is a highly adaptive choice-driven narrative RPG, where the choices made in the game have real consequences. There are other games that purport to do what The Witcher 2 does; it shares a certain amount of structural ties to games like the Mass Effect series, with its player-driven choices and fairly deep leveling system. The structure is similar to Kingdoms of Amalur's with fetch quests, escort missions, and set-pieces in a limited open-world environment, with moral choices to be made during the quests.

If we were to compare the games to material produced by television networks, Amalur might be from ABC, Mass Effect from USA or TNT, but The Witcher 2 is HBO all the way. That's not hyperbole. The Witcher 2 shares HBO's penchant for gratuitous violence and sex, tempered by incredibly well-written character-driven storytelling. The game has a few sequences that, while they wouldn't make Game of Thrones' letch Littlefinger blush, would certainly be at home in one of his brothels. Nor would the political gamesmanship on display be out of place either. The Witcher 2 is, in that lascivious style, one of the first truly adult games that I've played; a truly hardcore, character-driven, morally complex, multi-pathed RPG that doesn't talk down to its audience. 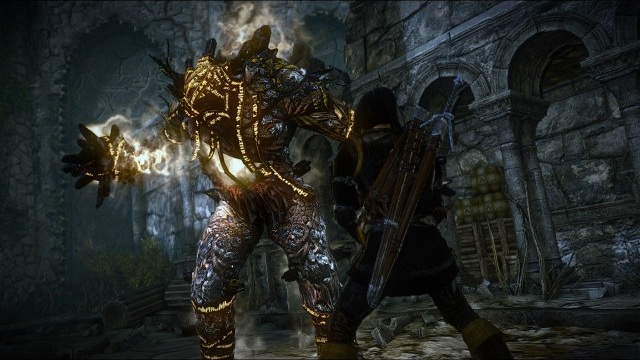 Choice is key in The Witcher 2 and has consequences with greater impact than most games with morality. In one section, after making one choice, I went back to an earlier save and took the other path, only to find the townwide banquet from one playthrough had become a genocidal race-riot in the other. At one point the game literally splits in two, and depending on the choice made, the player finds themselves on the opposite side of a war contending for fate of a nation, with completely different quests and character interactions available. Huge props to CD Projekt Red; I can't imagine another publisher or developer signing off on a triple-A game with so much material hinging on a single choice.

The Witcher 2 does not have a morality system, per se. Rather, the choices made are revealed to have almost immediate consequences, and many of them are hardly cut and dry. Often choosing one path or another may help one group but harm another, forcing the player to make hard decisions. An early decision forces the player to choose between allying themselves with a vengeful fascist military commander and a hateful terrorist leader of a disenfranchised ethnic group. Going back and playing both sides of the conflict, both characters are shown to have altruistic motives for their twisted methods. It's a strong facet of the writing that Geralt of Rivia is able to justify just about any choice that you make equally as well as the other.

Geralt is one of the greatest strengths the game has to offer as a real lead character in a game with multiple narrative and dialogue paths. Voice actors Jennifer Hale (Fem Shep) and Elias Toufexis (Adam Jensen) have both spoken in interviews about having to keep their vocal performances semi-neutral, so that their characters could bounce from one extreme to another on the dialogue tree without it seeming out of place. 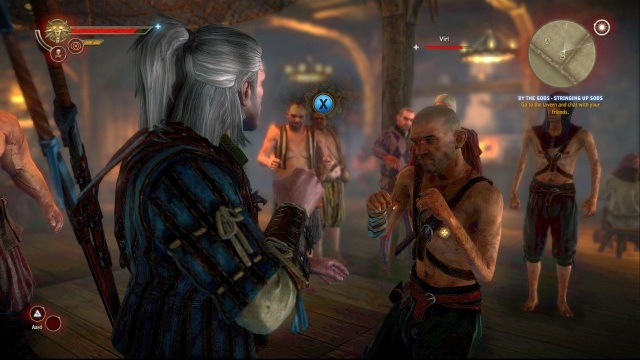 The Witcher 2 doesn't have that problem. It doesn't matter what you have Geralt do. He remains who he is—a man with an ascerbic wit, with a dark viewpoint of human (or elven or dwarven) nature, often at odds with his belief in justice and kindness, but who has a great sense of the absurdity about the part he plays in the world around him. The complexity of his character, sometimes bordering on hypocrisy, allows for him to move from any dialogue choice to the next without it ever seeming out of character.

Make no mistake that The Witcher 2 is hardcore. The combat, especially in the beginning, is punishingly difficult, almost to controller-throwing levels of frustration. After the tutorial recommended I play on “Easy”, I bumped it up to “Normal” to find myself dying over and over until I began to get the hang of it. The game's autosave feature is linked to quest objectives, rather than areas, so saving often is necessary, especially before combat, which is often brutal and requires in-depth preparation by downing stat-boosting potions or coating one of your two swords with oils. Let the enemy flank you, get behind you, or use the wrong sword (one is for humans and the other for monsters), and it be all over quickly. Choosing the wrong sword can be easier than expected, since the game maps functions to every button on the controller, and it can take a while to get used to.

It's not necessary to have played the first Witcher game, or have read the original source books by Polish author Andrzej Sapkowski, to enjoy The Witcher 2. The main narrative is very self-contained. It does help with the story background, though, especially as Geralt's memory begins to come back, since players may have no idea who or what some of the referenced characters or events are. The game has a glossary and books can be bought that fill out the series lore, but it's not the same as getting the joke that a prostitute makes about Witchers and Strigas in reference to the original short story. On the other hand, The Witcher 2 is a great jumping point for reading the books, since Geralt's amnesia renders these more as passing references and easter eggs for fans. 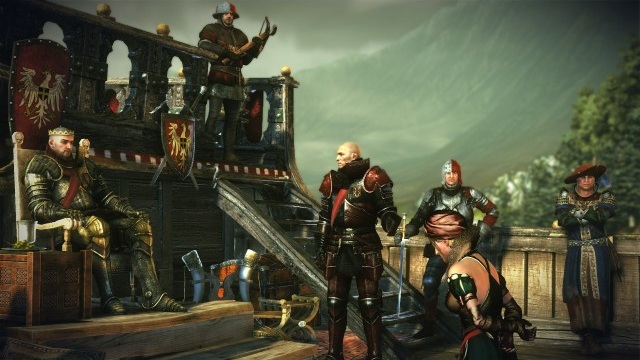 The Witcher 2 does have its flaws, though. Occasionally on reloading after dying, the game freezes and the console has to be restarted. In one area I was frozen in place after a cut-scene but was able to move after making a round trip to the item screen. Additionally, even with the game installed, it suffers from occasional texture drop-in, and noticeable environmental changes as the textures shift from low to higher-res as objects get closer. This was particularly true of one of the kings at the end of the game. However, the game is otherwise so beautiful that it's very easy to overlook these minor visual quirks. (The PC version of the game was reportedly a hardware requirement monster, and the developers built their own engine so they could control how they scaled the visuals for the console)

Even with its flaws, The Witcher 2 is the best game that I have played in years and one of the best games I have ever played. As I mentioned before, though, it's hardcore, with a steep learning curve. However, that's an easy price to play for getting to play through one of the most intelligent multi-pathed stories in video game history. For fans of RPGs or story-based games in general, this is a must-buy.

Fans are divided.
News 6 days ago