Roll out… and all that good stuff.

I had an opportunity to see Transformers: Fall of Cybertron in action way back in June. At the time, a developer stood next to me and enthusiastically slapped me on the back as I separated the head and body of a Decepticon with a giant transforming T-Rex robot.

I felt like a badass. I was smashing the bots against each other with a ferocity that only a raging child could muster. Explosions sent robotic pieces in forty different directions, all while the promise of narrative, variety, and bombastic action was laid on the line. Has High Moon Studios delivered or is Activision on its way to killing yet another cash cow?

The truth of the matter is that Fall of Cybertron is far from the last outing for Optimus and company. High Moon manages to stave off boredom and monotony with tons of different robots and frequent flipping between the two sides. The Autobots and Decepticons are both racing to leave Cybertron, the planet left to die after the events of War for Cybertron.

Bumblebee and the rest of the Autobots have been knocked back to their last stronghold and Megatron's forces… are… whatever. They're fighting. I probably spent more time worrying about the narrative in these few sentences than High Moon did in the entire development cycle. Luckily for gamers, whether you can keep up with the story or not, the mission-to-mission and moment-to-moment gameplay entertains thoroughly. It helps that there's a ton of explosions and mile-high robots crashing about in the sky boxes of many levels.

Players will also find a lot to love in the dialogue and attitude of each robot. Switching between the two sides offers a tonal dissonance that's neatly resolved by the brutal action and quick shooting. 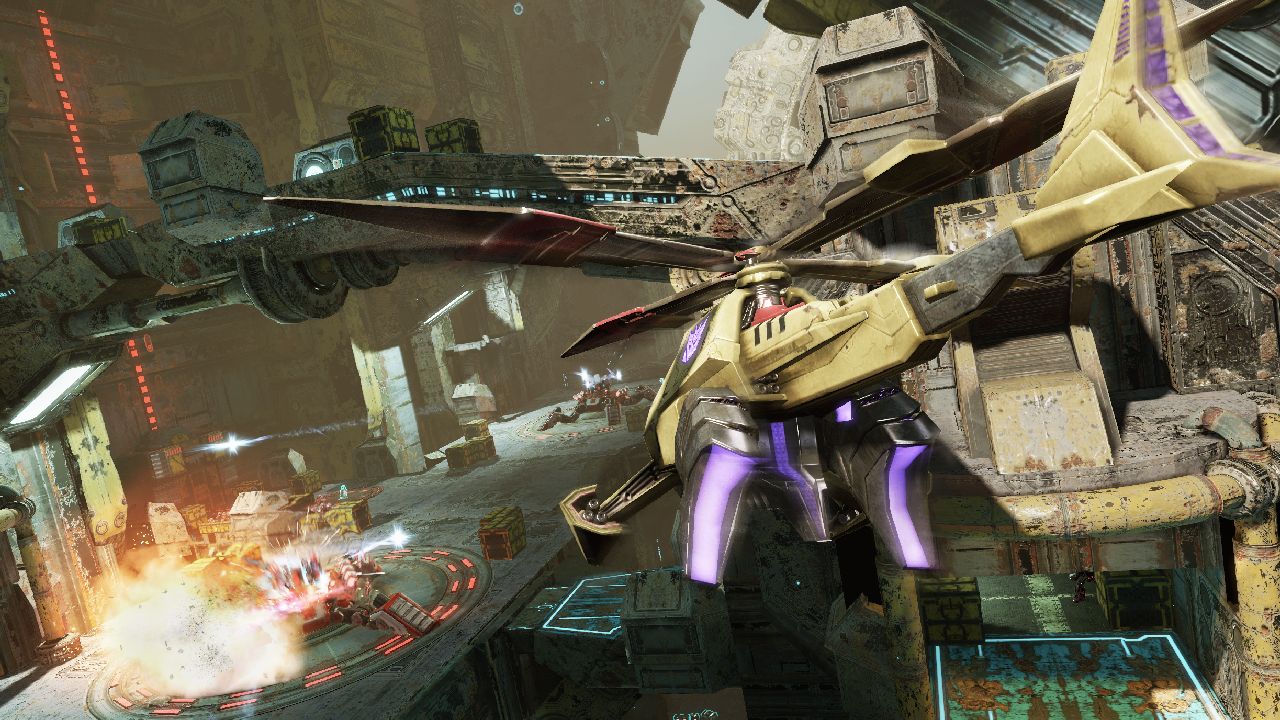 The true victory in Fall of Cybertron is the way High Moon clearly puts their best foot forward, eagerly improving many of the deficits found in the last non-movie-licensed Transformers game. Ammo is more plentiful, vehicles have more weight and handle nearer to how you'd expect a car, a jet, or a helicopter to handle.

There's also a deeper level of variation from mission to mission, even providing for some decent stealth gameplay among all the shouting, punching, and exploding. Levels are challenging without disintegrating into a terrible slog. Everything feels great, tightly balanced, and entertaining in the way a summer blockbuster relies on spectacle.

And then… things fall a little short. In fact, one of the much lauded and highly publicized segments ends up being more of a punishment than a reward. Late in the game, players take control of Grimlock, the aforementioned Autobot T-Rex. While we should feel empowered and a little dastardly wielding such a mighty force, Grimlock feels a bit hampered compared to the names you already know and love.

The first issue is that 95% of the game allows you to transform at will. This is not true of Grimlock. You'll only be able to transform after building up enough energy. While this would be a typically acceptable video game trope, being a robotic T-Rex with the ability to bite and slash and breath fire is more clumsy than… omgwtfamazing. 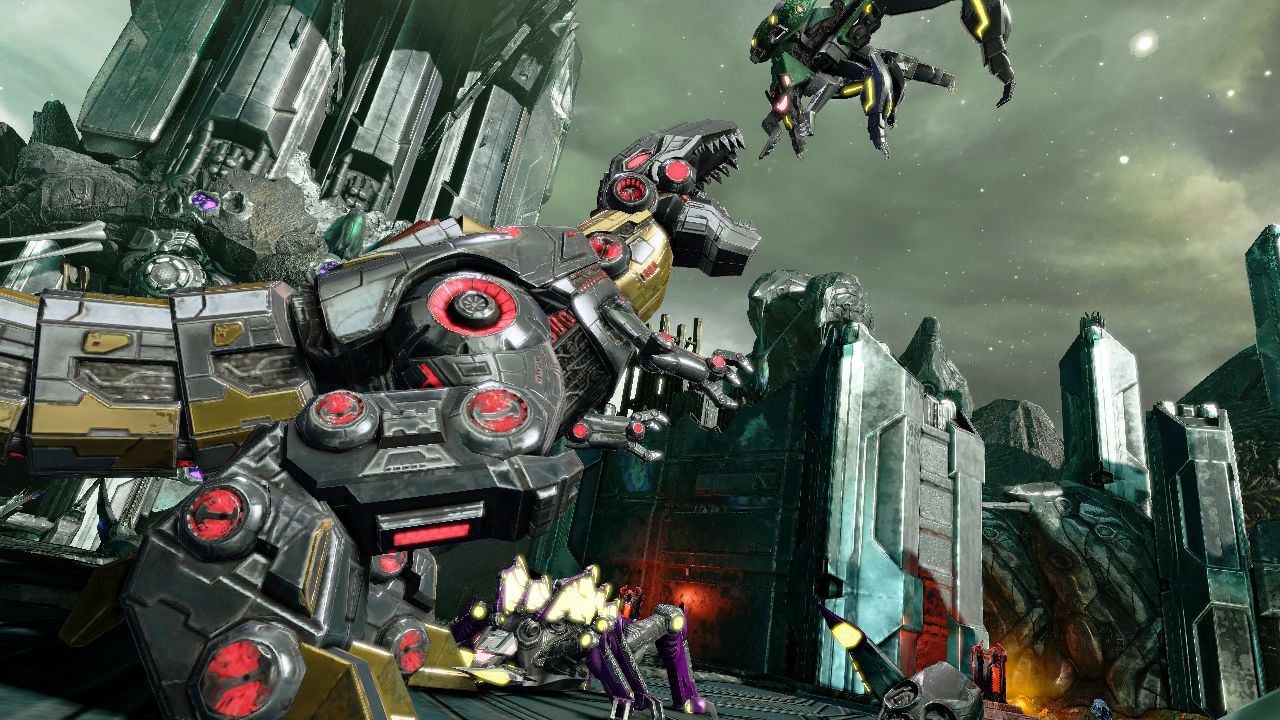 The campaign is also shorter than War for Cybertron's, and I can't stress this enough: It's just not as well-written. There's a ton of respect for the license, tons of obscure bots I've never heard of, and even the ability to create your own Transformer for multiplayer mode, but the writing induced no fewer than five groans from this reviewer.

But hey, I just mentioned multiplayer! That is still awesome! Blowing up other players online is the new action-figure-fest. Hoping online is a breeze and I experienced no glaring balancing or netcode issues. I don't see many people having a terrible time on Xbox Live or PSN.

But we still have to ask ourselves: Can we call ourselves Transformers fans? If you've got a fondness for Hasbro's brand, High Moon Studios does not disappoint. If you played with a Transformer as a child and haven't revisited your inner 8-year-old in a few years, Fall of Cybertron will more than suffice. The latest title in the franchise won't disappoint and will provide plenty of childish, stupid fun, but it's not about to set the robotic world on fire.

Review based on Xbox 360. Copy provided by publisher.

No one can hear you scream.
Games 23 hours ago
6

"It's not just another drug show."
Originals 4 weeks ago
7