Rebel Galaxy Outlaw Review | Rebel without a cause.

Different isn’t bad, and Rebel Galaxy Outlaw delivers a lot more personality and story than the original. In Outlaw, you take on the role of Juno Markev, the aunt of the protagonist from the first game. At the onset, Juno is down on her luck. A contract killer has murdered her husband, and her ship has been destroyed, leaving her stranded. Fortunately, she is able to get in touch with an old contact, Arvo, and he gives her a replacement ship in return for her running a package for him.

Of course, Juno’s acquisition of a new ship doesn’t go off without a hitch. Your newly acquired Platypus is a modified garbage scow and handles predictably. It’s enough to get you started, but you’ll want to upgrade as quickly as possible. At the beginning, you’re stuck with the Platypus, though, and delivering Arvo’s package gets you caught up in some light criminal mischief.

Your journey to avenge your husband’s death will take you across the Dodge Sector and put you against pirates and the law alike. The main story and the secondary quests that split off from it are enough to keep you invested, but at its heart, Rebel Galaxy Outlaw is open-world. You have a story to follow, but there are no time constraints, and it’s up to you how to get from point A to point B. You can wholly ignore the plot if you want to and just pave your path through the stars.

As much as I like the freedom Rebel Galaxy Outlaw gives, I would have liked to have seen more world-building. There’s a lot of fascinating ships, factions, and culture to be found in the Dodge Sector, and it would have been great to have more connecting all these disparate parts together. I wanted to see more interplay between the Commonwealth and Independent worlds and hear more about why humanity ended up in Dodge in the first place. As it stands, you don’t find out a ton of lore, and that’s a shame because the art design is first-rate. 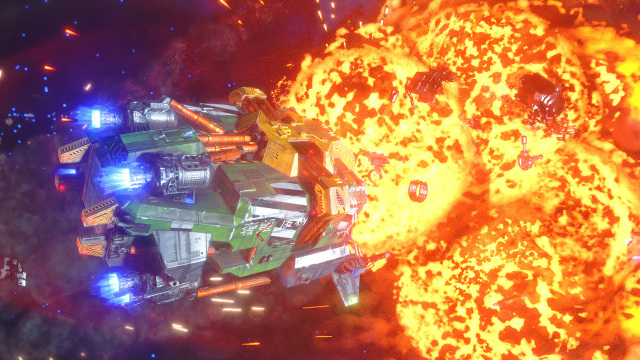 I love Rebel Galaxy Outlaw‘s design. It leans towards realism, but with a hint of the exaggerated. Colors are oversaturated, and it has a slight cartoony effect. It reminds me a bit of Richard Corben or Ralph Bakshi’s works and the over 20 hours of music lends itself to that feeling.

A lot of Rebel Galaxy Outlaw‘s soundtrack is Butt Rock, which fits the atmosphere perfectly. The twanging, guitar-heavy songs are a perfect backing to long hauls through space, especially if you decide to go the trader route and become a space trucker.

The inhabitants of Dodge Sector are hammy, over-the-top, southern stereotypes that play off the exaggerated art direction perfectly. Almost everyone you run into is trying to get one over on someone else, and the slithery buffoonery is hilarious. 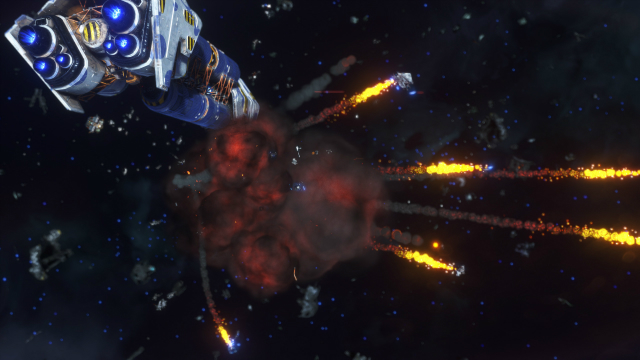 The down and dirty of Rebel Galaxy Outlaw is similar to Freelancer, albeit with 15+ years of technical advancements. As Juno, you can chase down bounties, haul cargo, mine, scavenge, and salvage. Besides completing the story, the big objective here is to make as much money as possible to upgrade your ship so you can make more money, and repeat. Both the story and the need to find higher-paying jobs keep you moving through the Dodge Sector at a pretty good clip.

During the course of the game, you’ll run into various factions, on both the right and wrong side of the law, but Outlaw has a simplified reputation system that boils down to cops or robbers. Make the police mad, and they’ll become more aggressive; the alternative is true for the outlaw faction.

Unfortunately, the simplification of systems leads to a pretty short gameplay loop. While you can roam around and explore around 30 different star systems, there’s not a ton to drive you forward other than successfully completing missions. While the main story quests are varied and kept me entertained, the merchant guild missions (which have you hauling cargo) and the mission board (which typically has you clearing mines, patrolling, or facing down pirates) are all procedurally generated and don’t really have any sort of plot progression.

Just grinding would be worthwhile if there were more things to spend your money on. I only found five types of ship in the game to purchase. Four of them have variants, which change the characteristics of their base classes, but after you choose either the Durston, which is the best hauler, or the Coyote, which is the best combat vessel, you’re pretty much done. Sure, you can spend a few more hours gathering cash to kit them out in the best shield generators, powerplants, guns, missiles, and turrets, but after that, you might as well hang up your hat.

Outlaw does have the best painting system I’ve seen in a game. For the PC version you basically get a shrunk down version of Adobe Photoshop and you can paint your ship in layers, create brushes, use images off your computer as stencils, and more. You can make your ship look exactly how you want it. Unfortunately, I ran into some issues with the stencil system.The first time I used a stencil it worked perfectly. After that, no matter what image I used, when I stenciled it onto my ship it would come out looking like a blurry mess. I’m hoping a patch will fix this bug, but it did ruin some of the fun the ship editor offers. 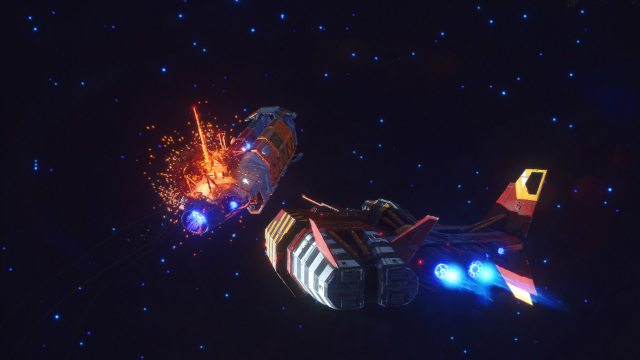 Although there’s not a ton of variety in what you can do, it is a lot of fun to do it. Double Damage Games might be the first studio to really get what it takes to make an arcade space shooter. In the past, every “arcade” shooter I’ve played has switched into a simulation when it comes to dogfighting. However, in my eyes, arcade gameplay is about speed and aggression. In Rebel Galaxy Outlaw, you can pull the left trigger to auto-follow your target, which is a game-changer for a title like this.

When auto-chasing a craft, you still have to make minute adjustments to bring your guns to bear, but it makes dogfighting so much more fun. I love Wing Commander, Freespace, and the like, but this one little feature allows Outlaw to throw a heap of ships at you and you don’t get overwhelmed because you can easily acquire targets and level your guns at them.

While you can also trade and mine, combat is really the heart of Rebel Galaxy Outlaw, and during my 25 or so hours with the game, I never got tired of blowing up pirates. Explosions are big, beautiful, and satisfying, and even with the help of auto-chase, fighting is still challenging. 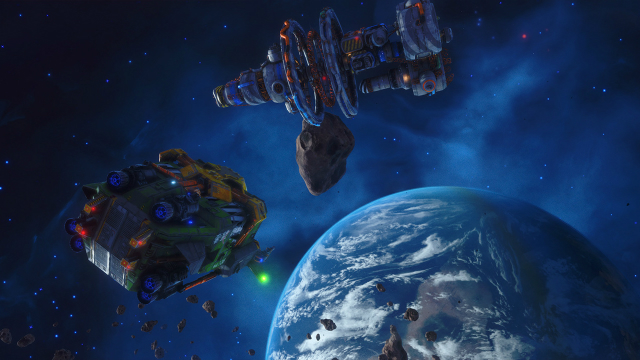 Rebel Galaxy Outlaw is a great arcade space shooter with a lot of style. Unfortunately, it lacks a bit in substance, and expanding the various systems and lore would have taken it from a good game to a great game. However, Outlaw does fill a niche and is an excellent space arcade shooter.

Juno’s journey through the Dodge Sector left me wanting more, and I hope that the post-launch mod support allows fans to fill some of the void I felt while playing the game. For $29.99 I think the game is a great value, and I’ve paid a lot more for a lot less in the past.

PC Game Pass almost lives in the shadow of its console partner, but there is a regular flow of games…
News 6 months ago
9

Rising to the occasion.
9 months ago