If nothing else, ARGONUS AND THE GODS OF STONE is a unique proposition. Developer Zojoi has existed in one form or another for decades, releasing the classic adventure Shadowgate in the 1980s. That game received ports to several consoles in the ’90s and a crowdfunded remake just a few years ago. For its next title, Zojoi is moving to a different type of fantasy, bringing players back in time to a fantastical Ancient Rome. You contend with gods, gorgons, giants, and Greeks, all through the power of obscure puzzle solving. Much like Shadowgate before it, Argonus also takes the adventure genre back in time, modern convenience be damned. 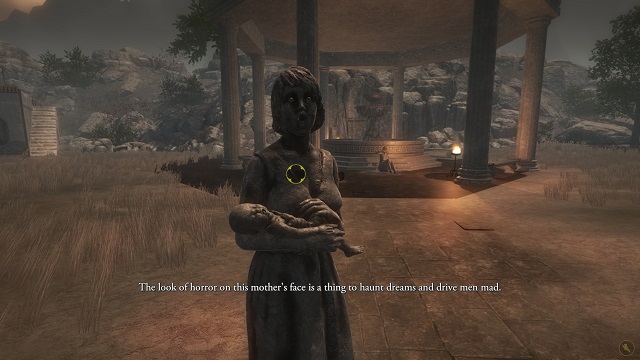 You play as the titular Argonus, a historian aboard the famous Argo, the same ship that housed Jason and his Argonauts. You awaken on a desert isle, the Argo tore asunder on the shores of a desert isle. As you gain your bearings, you discover your entire crew turned to stone, no doubt by the gorgons patrolling the beach. Not a surprising outcome when you’re dealing with these mythical creatures, but it does make your journey a lonely one. With just whatever bits and bobs you can find, you must uncover the curse that befell this island and how you’re going to break it.

From the first moments of gameplay, it’s clear that Zojoi prioritized a sense of place with Argonus. Every corner of each new section teems with little bits of discovery. While the overall area you’re meant to cover can sometimes be a bit much, there are always plenty of interesting objects to look at. Chief among them are the statues of your shipmates, residents of the island, and even unlucky beasts of burden that catch your eye and fill out the world. Before the real puzzle solving begins, the entire game is like Fallout‘s incidental storytelling in a new set of togas that begs to be poked at and lived in.

Argonus and the Gods of Stone Review | Piecing the puzzle together 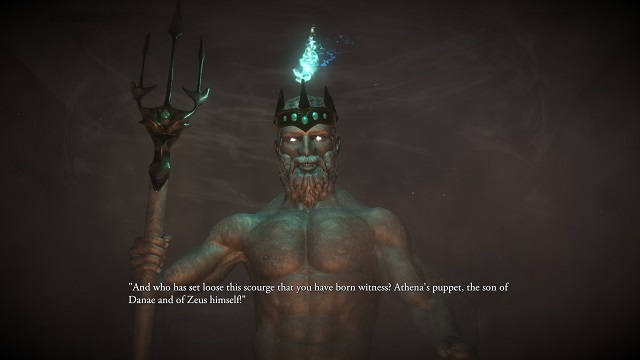 However, you eventually start finding enough bits and bobs to make progress your first-person adventure. Everything from driftwood on the shore to flowers can be useful in one way or another, and you’ll have to figure out each and every way. One of the ways that Argonus harkens back to the days of old is in what it expects of players. Outside of subtle hints in the narration, the game doesn’t point you towards anything. You have to inspect environments, pay attention to context, and truly live in this world to get anywhere. You also have to walk to every corner of the map, a task made difficult by your excruciatingly slow speed on foot.

It’s a style that’s virtually extinct in modern times. Adventures today will highlight interactable elements, include hints in-game, and ensure playability. It is respectable for a new game sticking to the roots of its genre, but some of those modern tweaks were probably for the best. An early puzzle has you reconstructing a stone carving out of particularly shaped chunks. These small puzzle pieces are scattered all around the first two areas of the island. It’s supremely easy to miss one as you progress, so much so that my assumption upon finding the first one was that they were optional collectibles. My hubris meant having to go back and pixel hunt for minutes on end, which is never ideal.

Argonus and the Gods of Stone Review | Hunt and peck 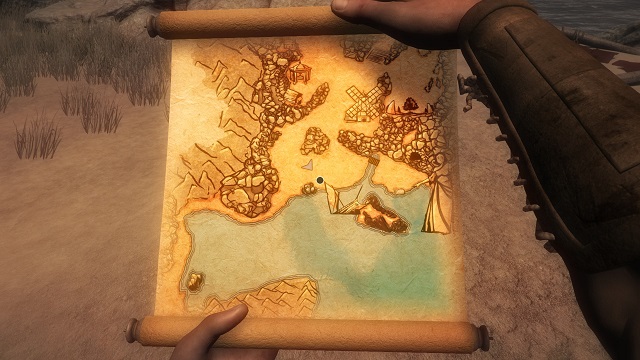 As previously mentioned, part of the problem is just how big the map is. This isn’t usually a bad thing in any first-person experience, but a lot of empty space and a slow walk speed makes the adventure far more tedious than it has to be. The narration has a similar issue. There’s great, flavorful voice acting that accompanies every action, which is helpful. However, it really does accompany every action. Going back to the carve, they recorded a bunch of different fanciful lines that all mean “you put the piece in the puzzle.” The variety is great, but a narrator doesn’t need to espouse flowery dialogue every time I stumble onto rotting food or a busted table.

Speaking of presentation, it’s impossible to avoid its graphical fidelity. While it has improved from the recent Shadowgate in some respects, it has also downgraded in others. Vistas and environments look great from afar, and there’s certainly some memorable moments of visual splendor whenever you enter a new area. However, the jump to full 3D has not been kind to close up visuals, as it often isn’t when any franchise or studio makes this transition. Every character has a  certain cheapness to them, a sharp contrast to the detailed and motionless statues. The animation is stiff in the rare occasions it pops up, breaking the illusion of this cursed isle completely.

Argonus and the Gods of Stone Review | Weary travels 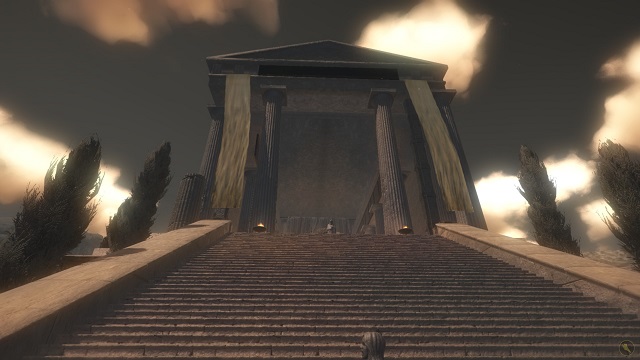 Despite the middling visual quality, Argonus doesn’t run smoothly in some of its biggest areas on PC. There’s slowdown whenever you’re not in an enclosed space, particularly when one of the more huge mythical beings looms in the distance. It doesn’t make the game unplayable, but it’s certainly not something you’d expect from this type of release. Especially considering that the UI and gameplay style seems primed for a mobile release down the line. Considering Zojoi’s history, this will probably merely be a launch period issue, but it’s still worth noting.

Whether you’re eager to play at launch or find this chronicling many moons later, Argonus and the Gods of Stone will satisfy a very specific strand of adventurers. Specifically, it will probably please those with gray beards who remember code wheels, vinyl-style releases and the first meaning of Origin. But it probably would have been better for the game to reach out to a wider birth of players. Although that is perhaps that’s beyond the scope of the project. It is either that or the team wants to honor the past as much as possible. Like attendants at a holy temple, developers like this keep the torches lit for any wandering players looking for a gateway into a bygone era. And those willing to track down this temple will likely feel right at home.

GameRevolution reviewed Argonus and the Gods of Stone on PC via Steam with a code sent by the publisher.

Guides Expansive world to explore with fantastic vistas. Impressive voicework throughout the adventure. Old school gameplay that makes no apologies.…
8 months ago

The artist always has the masters in their eyes.
Games 3 years ago
8

I found a way to break through this wooden door.
Games 3 years ago
8

You take the butter and mix it with the cream!
Games 4 years ago